The multi-colored balloon is said to have skirted the top of power lines, sending at least one dangling and knocking out power to thousands of homes. 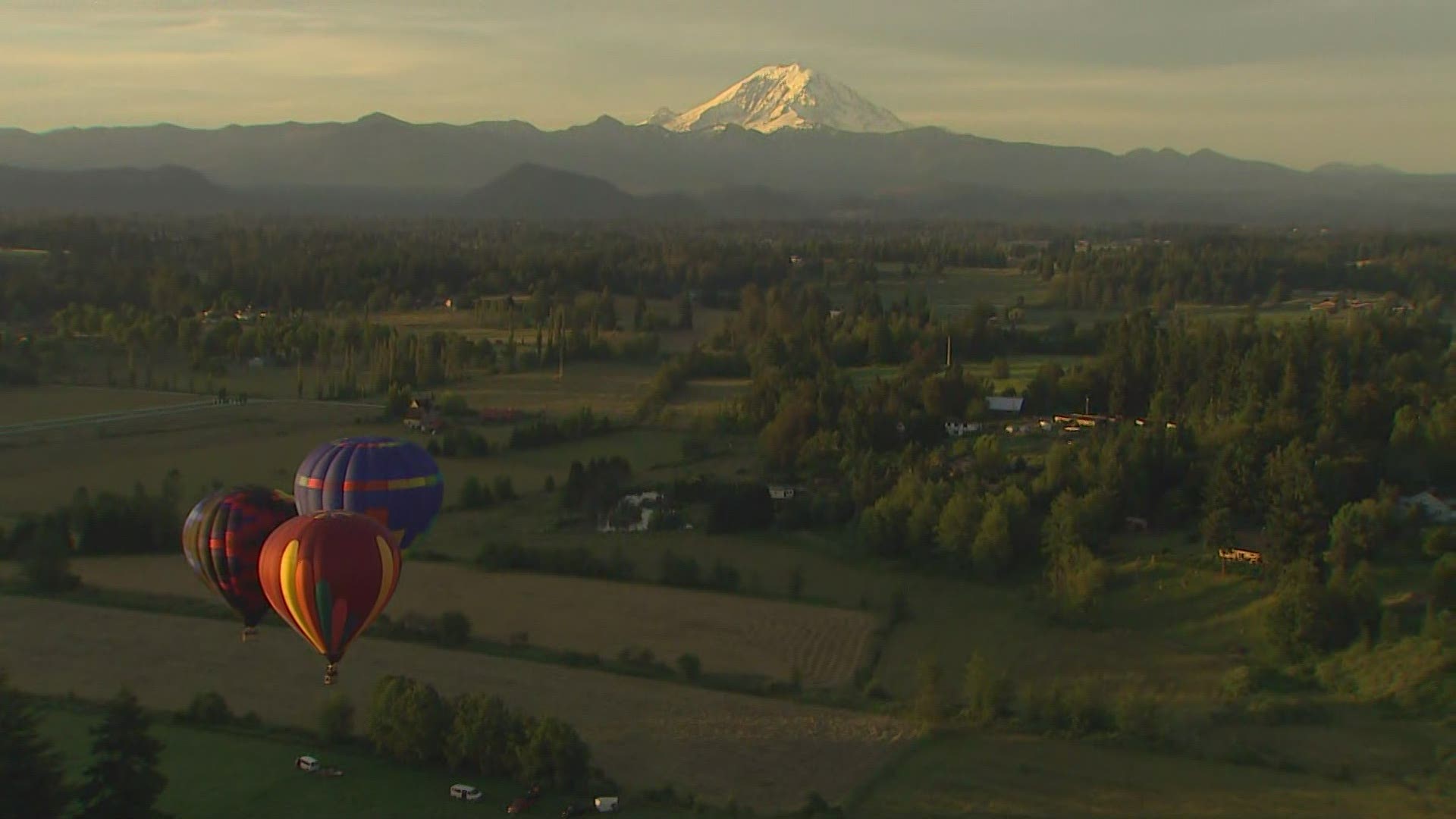 The parents of an Albuquerque police officer are among five people who died after a hot air balloon they were riding in crashed on a busy city street, police said Saturday.

The crash happened around 7 a.m. on Albuquerque's west side, police spokesman Gilbert Gallegos said. Police identified two of the passengers as Martin Martinez, 59, and Mary Martinez, 62 — the parents of a prison transport officer with the Albuquerque Police Department.

Police did not immediately release the others' names but said the male pilot, and a female and male passenger were from central New Mexico.

Martin Martinez also worked for Albuquerque police on bicycle patrol but more recently worked for the local school district, authorities said. Some Albuquerque officers who responded to the crash had worked with him and were sent home because it took a toll on them, said police Chief Harold Medina.

“It really emphasized the point that no matter how big we think we are, we're still a tightknit community and incidents like this affect us all,” Medina said.

The intersection where the balloon crashed was still cordoned off late Saturday afternoon. The multi-colored balloon had skirted the top of the power lines, sending at least one dangling and temporarily knocking out power to more than 13,000 homes, said police spokesman Gilbert Gallegos.

The male adult who was transported to the hospital succumbed to his wounds. Our prayers go out to the friends and family of all five people who tragically lost their lives.

The gondola fell about 100 feet (30 meters) and crashed in the street's median, catching on fire, the Federal Aviation Administration said. Bystanders frantically called out for a fire extinguisher to put out the flames and prayed aloud, video posted online showed.

The envelope of the balloon floated away, eventually landing on a residential rooftop, Gallegos said. The FAA did not immediately have registration details for the balloon but identified it as a Cameron 0-120.

Authorities haven't determined what caused the crash. The National Transportation Safety Board sent two investigators to the scene Saturday who will look into the pilot, the balloon itself and the operating environment, said spokesman Peter Knudson. A preliminary report typically is available in a couple of weeks.

Gallegos said hot air balloons can be difficult to manage, particularly when the wind kicks up.

“Our balloonists tend to be very much experts at navigating, but sometimes we have these types of tragic accidents,” he said.

Albuquerque is a mecca for hot air ballooning. The city hosts a nine-day event in October that draws hundreds of thousands of spectators and pilots from around the world. It is one of the most photographed events globally.

Albuquerque-area residents are treated to colorful displays of balloons floating over homes and along the Rio Grande throughout the year. While accidents aren't common, they happen.

“This is a tragedy that is uniquely felt and hits uniquely hard at home here in Albuquerque and in the ballooning community,” said Albuquerque Mayor Tim Keller.

Since 2008, there have been 12 fatal hot air ballooning accidents in the United States, according to an NTSB database. Two of those happed in Rio Rancho just outside Albuquerque, including one in January where a passenger who was ejected from the gondola after a hard landing died from his injuries.

In 2016 in neighboring Texas, a hot air balloon hit high-tension power lines before crashing into a pasture in the central part of the state. All 16 people on board died. Federal authorities said at the time it was the worst such disaster in U.S. history.