19 hospitalized, 2 in critical condition after violence breaks out at Nipsey Hussle vigil

Early reports of gunshots were false but many people were trampled as the crowd ran away. 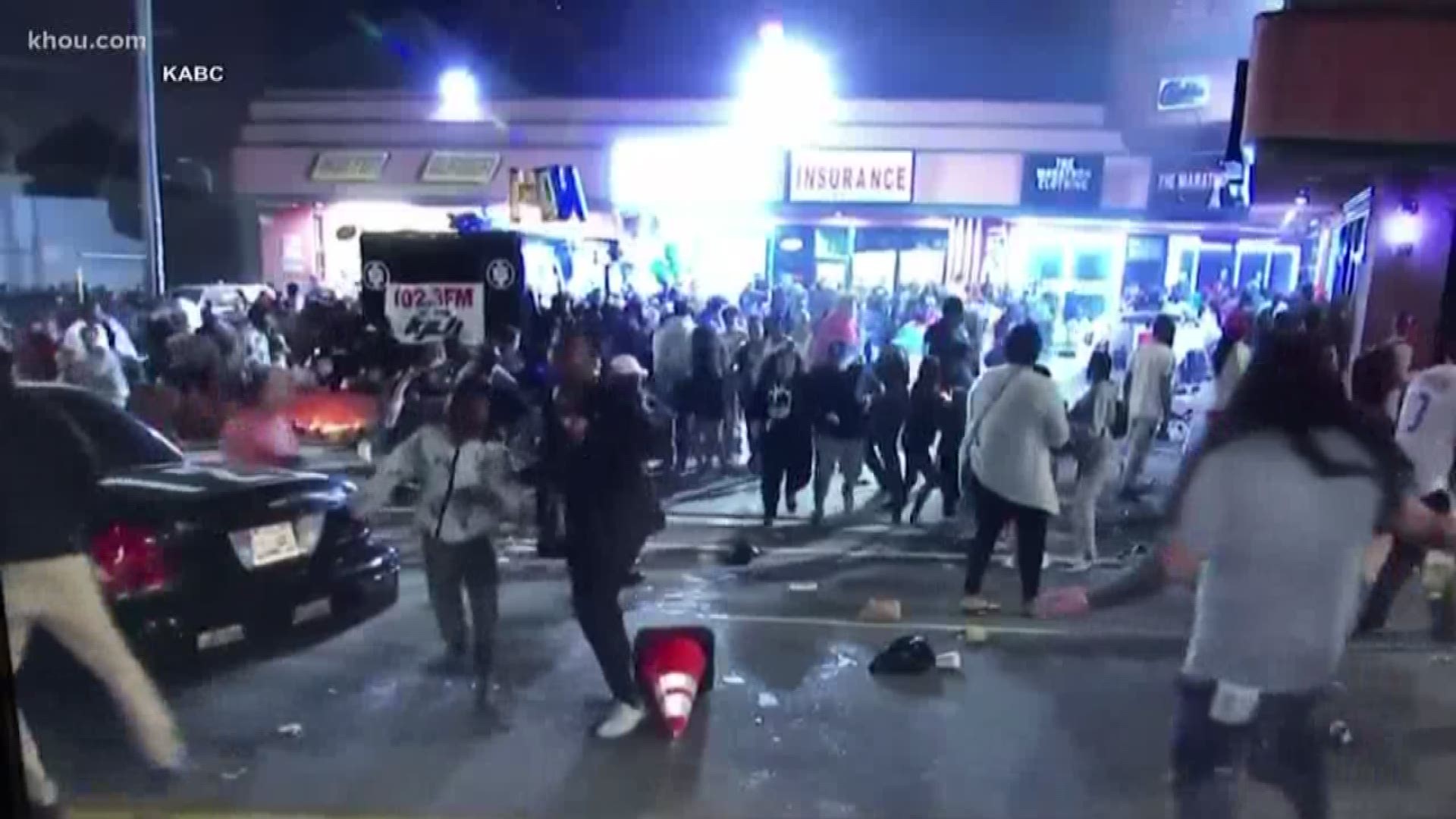 Authorities now say a total of 19 people have been taken to hospitals — two in critical condition — after a vigil for slain rapper Nipsey Hussle turned violent.

Police say 300 to 400 people were at the scene where Hussle was gunned down when a fight erupted in the crowd Monday night.

Earlier reports of gunshots were false but many people were trampled as the crowd ran away.

Fire Department spokeswoman Margaret Stewart says 19 people were taken to hospitals. Two were critical: a person who was struck by a car and another person with a "penetrating injury," although it's unclear whether that person was stabbed or cut by broken glass. Two other injuries were serious and 15 were considered non-life threatening.

Dozens of police moved in to clear the crowd.

Police late Monday identified a suspect in the killing of Hussle as 29-year-old Eric Holder.

Editor's note: An earlier version of this story incorrectly stated two people had been shot. It should have stated that shots were fired and two people were injured, according to media reports citing police.