While TIME has selected a Person of the Year for the past 92 years, this is the first time the outlet has named a Kid of the Year. Meet Gitanjali Rao. 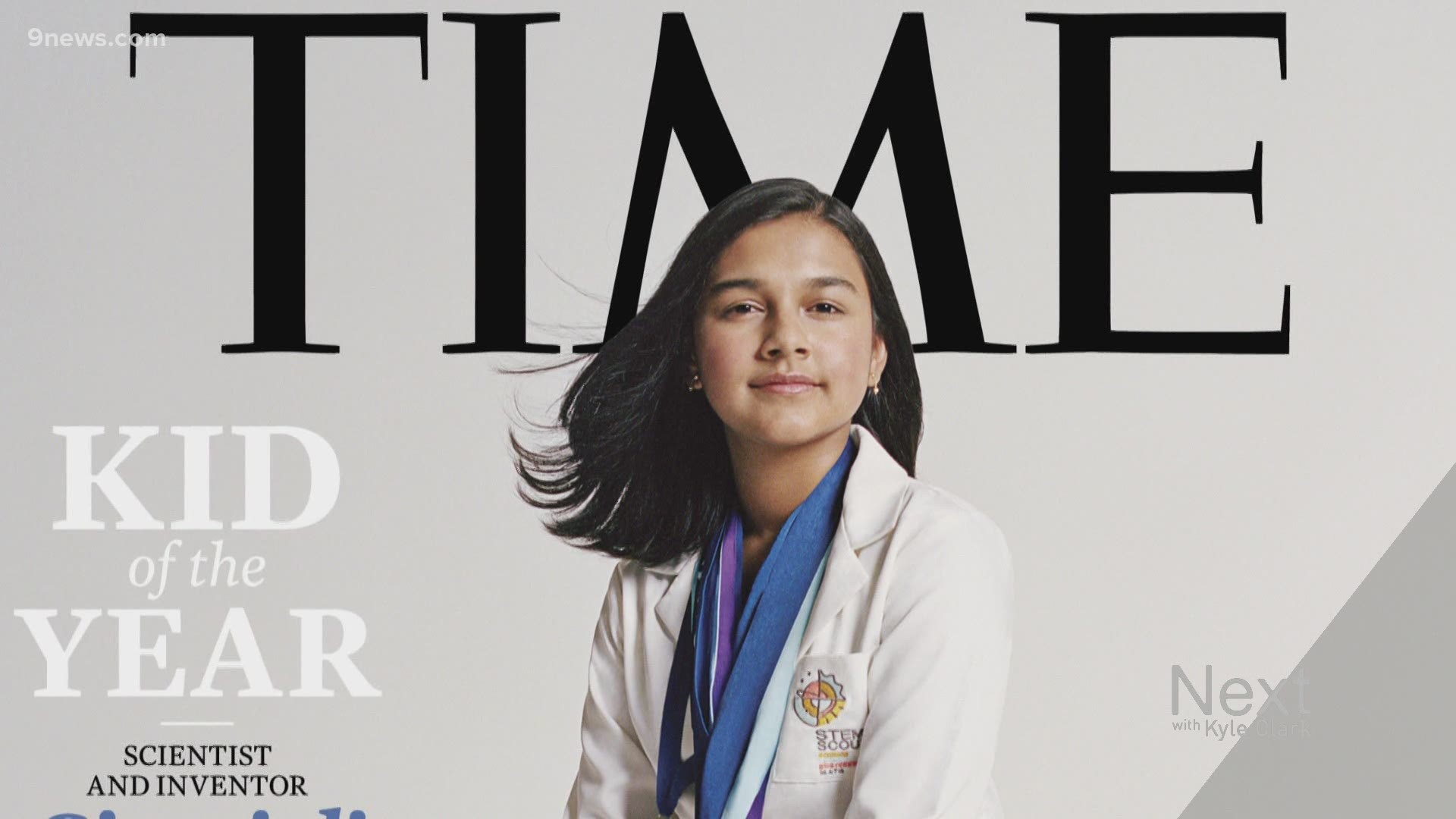 WASHINGTON — TIME magazine has named a 15-year-old Colorado scientist and inventor as the "2020 Kid of the Year."

Gitanjali Rao was selected out of a field of more than 5,000 U.S.-based nominees.  While TIME Magazine has selected a Person of the Year for the past 92 years, this is the first time the outlet has named a Kid of the Year.

Some of Rao's impressive accomplishments include using technology to tackle a wide-range of issues from contaminated drinking water to opioid addiction and cyberbullying. She also has run innovation workshops around the world and has mentored 30,000 students.

Kindly, her anti-cyberbullying invention, is an app and Google Chrome extension that uses artificial-intelligence technology to be able to detect cyberbullying at an early stage.

One of the things that the Denver teen is working on now is finding an easy way to use technology to help detect contaminants, like parasites, in water. She also is working on a product that could help diagnose opioid addiction at an early stage.

She recently was interviewed by Academy Award-winning actor Angelina Jolie and discussed a bit about her incredible work.

“I don’t look like your typical scientist," Rao said. "Everything I see on TV is that it’s an older, usually white man as a scientist. It’s weird to me that it was almost like people had assigned roles, regarding like their gender, their age, the color of their skin. My goal has really shifted not only from creating my own devices to solve the world’s problems, but inspiring others to do the same as well. Because, from personal experience, it’s not easy when you don’t see anyone else like you. So I really want to put out that message: If I can do it, you can do it, and anyone can do it.”

Credit: TIME
15-year-old scientist and inventor Gitanjali Rao from Colorado has been named TIME's 2020 Kid of the Year.

The four other Kid of the Year finalists included Tyler Gordon, 14, from San Jose, Calif.; Jordan Reeves, 14, from Columbia, Mo.; Bellen Woodard, 10, from Leesburg, Va.; and Ian McKenna, 16, from Austin. Each of the young leaders has made a positive impact in their communities, from growing food for those in crisis, to designing better toys for kids with disabilities, and starting new conversations about racial justice.