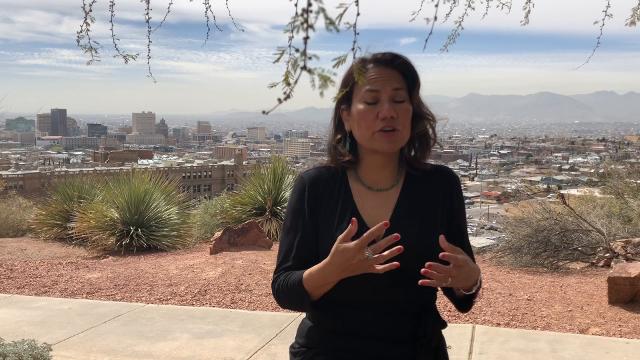 Credit: RUBEN R. RAMIREZ/EL PASO TIMES
Veronica Escobar will set her sights on the general election in November, but for now will regroup and tweak her campaign. She could become El Paso's first woman in Congress and possibly one of the first two Texas Latinas in the U.S. House.

"I think it’s going to take a little bit of time for me to process it, but I am really honored," she said days after her March 6 victory in the midterm primary.

If elected in November — as many predict will happen easily — the 48-year-old native El Pasoan will become the city's first woman in Congress and possibly one of the first two Texas Latinas in the U.S. House. State Sen. Sylvia Garcia, of Houston, won the Democratic nomination in Texas’ Congressional District 29.

But even as congratulatory messages from around the country trickle in, Escobar said she still has to win the general election before she can be called El Paso's first congresswoman.

“More than my name out there, for me, what’s exciting is the opportunity to tell El Paso's story,” said Escobar, redirecting the conversation about her personal milestone to one about the border city she loves.

“We are a community of great opportunity, we are resilient and proud, and I think that in many respects we represent what is best about America — we are a safe, binational, international community that has worked very hard to take care of the people who live here,” she added. 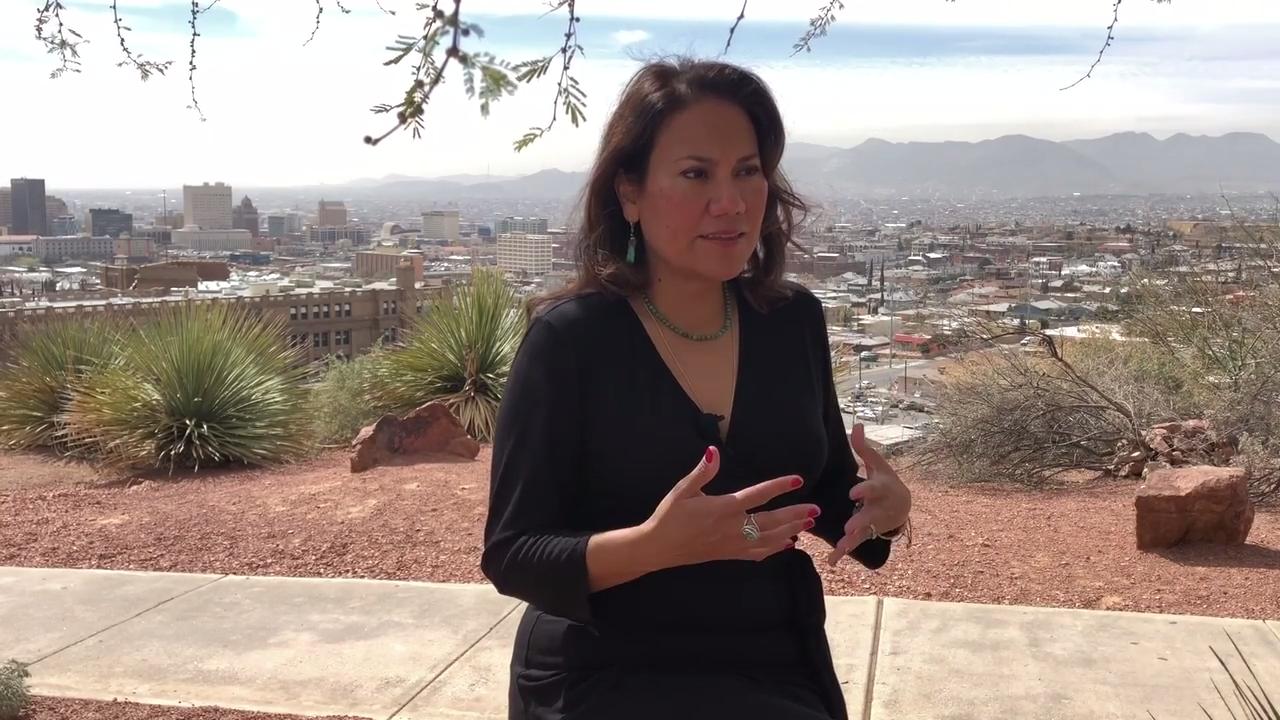 Political experts had predicted she would end up in a runoff after facing five others in the primary. Her previous 10 years in public office gave her the advantage of name recognition, but also created a target for attacks during the sometimes contentious campaign.

On Election Day, Escobar spent most of the day in jeans, sneakers and a T-shirt, walking the polling sites, meeting and greeting voters.

And then it was showtime.

She joined the many supporters already at her election-night watch party at Park Tavern Downtown, appearing in a light pink dress and heels just before early voting numbers were released: She'd won 60% of the early votes, all but cementing the Democratic nomination for the seat.

Congratulations quickly came in, including, eventually, a call conceding the election from her biggest campaign rival, Dori Fenenbock — the former El Paso Independent School District board president who many had predicted would send Escobar into a runoff.

As her win made national headlines into the night and over the next few days, Escobar's cellphone and social media accounts blew up with messages from top elected officials.

Congratulations on your hard-fought victories, @vgescobar & @SenatorSylvia! I look forward to fighting alongside you for a better future for our country's children & against the special interest Republican policies in the Congress. —NP #TX16 #TX29 https://t.co/sYCkV2Pm4O

Congratulations @SenatorSylvia and @vgescobar who will be the first Latinas EVER to serve Texas in Congress -- cannot believe it took us this long. And, yes, you ARE the best! AboutDarnTime #InternationalWomensDay #YearofTheWomanWinning https://t.co/ReJGnudrxN

Escobar said most who reached out to her expressed excitement about the possibility of new leadership in Congress.

“Veronica embodies the values that unite us as a party. As a fighter for hard-working El Pasoans, Veronica will continue standing up for justice in the face of corruption, work to expand access to health care and protect border communities from (President Donald) Trump’s constant threats,” Pelosi said in the statement.

Congratulations on your victories, @vgescobar and @SenatorSylvia! @getOTS and I are so proud to be part of your team and cannot wait to see you both make history in November. https://t.co/mwmFT96Bp0

Escobar said she wants to win the congressional seat to help El Paso.

"I would do everything possible to build relationships in Washington that would be advantageous to our community," she said.

She was a faculty member at the University of Texas at El Paso, teaching freshman English, and El Paso Community College, teaching English and Chicano literature.

Escobar, a progressive Democrat, was elected county commissioner in 2006 and county judge in 2010, resigning in August to run for Congress. 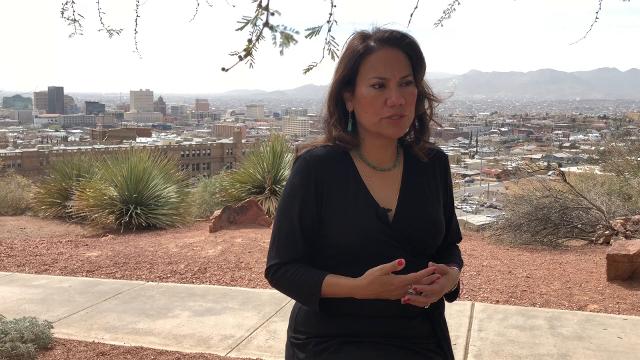 As a public figure, Escobar is used to criticism.

But she said the congressional campaign has been the toughest in her career because of the amount of money she had to raise — and the political and personal attacks she had to endure.

She tried to remain on track with the same strategy she has used in her past campaigns: “I’ve tried my best to not focus on my opponent and focus instead on my record, my platform, and the issues that are important to voters.”

She said she and her family were mentally prepared for a runoff against Fenenbock.

“My husband and I were relieved that it did not go into a runoff just because of how unpleasant and unnecessary some of the attacks were. We thought we were going to have to brace ourselves for more,” Escobar said.

During the campaign, Escobar was criticized for campaigning on a pro-immigration stance while her husband, an immigration judge, rules on whether to deport undocumented immigrants.

Escobar defended her husband, Michael Pleters, by saying he is a federal employee who enforces the law. She then described his job as "a neutral arbiter of immigration law with judicial independence." She said she was running for office to change those laws.

“I think these challenges that we have gone through together as a family have made us stronger, and I think this journey has strengthened our bond even more,” she said.

Credit: RUBEN R. RAMIREZ/EL PASO TIMES
Veronica Escobar will set her sights on the general election in November, but for now will regroup and tweak her campaign. She could become El Paso's first woman in Congress and possibly one of the first two Texas Latinas in the U.S. House.

Escobar and Pleters have two children, Cristian, 21, a student at Harvard University, and Eloisa, 19, who attends Simmons College.

Escobar said that while she was victorious in the primary election — what she described as the "big battle" — she is not taking the general election for granted.

A Republican has not been elected to represent El Paso in Congress since 1963, when U.S. Rep. Ed Foreman was elected. He lost his re-election bid in 1965 to Richard White, a Democrat.

“In El Paso, the hard-fought process is in the Democratic primary because we are a blue district, but I’m not taking it for granted,” Escobar said.

O'Rourke served on the El Paso City Council when Escobar was a county commissioner. If elected in November, Escobar will replace O’Rourke in Congress.

“I think the election to the Senate would be a game changer for Texas and for the Congress," Escobar said. "Like many El Pasoans, I’m going to do everything possible to help him, but I would definitely remain focused, as well, on the work I need to do to win in November.”

Follow Aileen B. Flores of the El Paso Times, part of the USA TODAY NETWORK, on Twitter: @AileenBFlores