A family is heartbroken after their dog died on a United Airlines flight. A flight attended ordered the mother to store the dog away in an overhead bin. 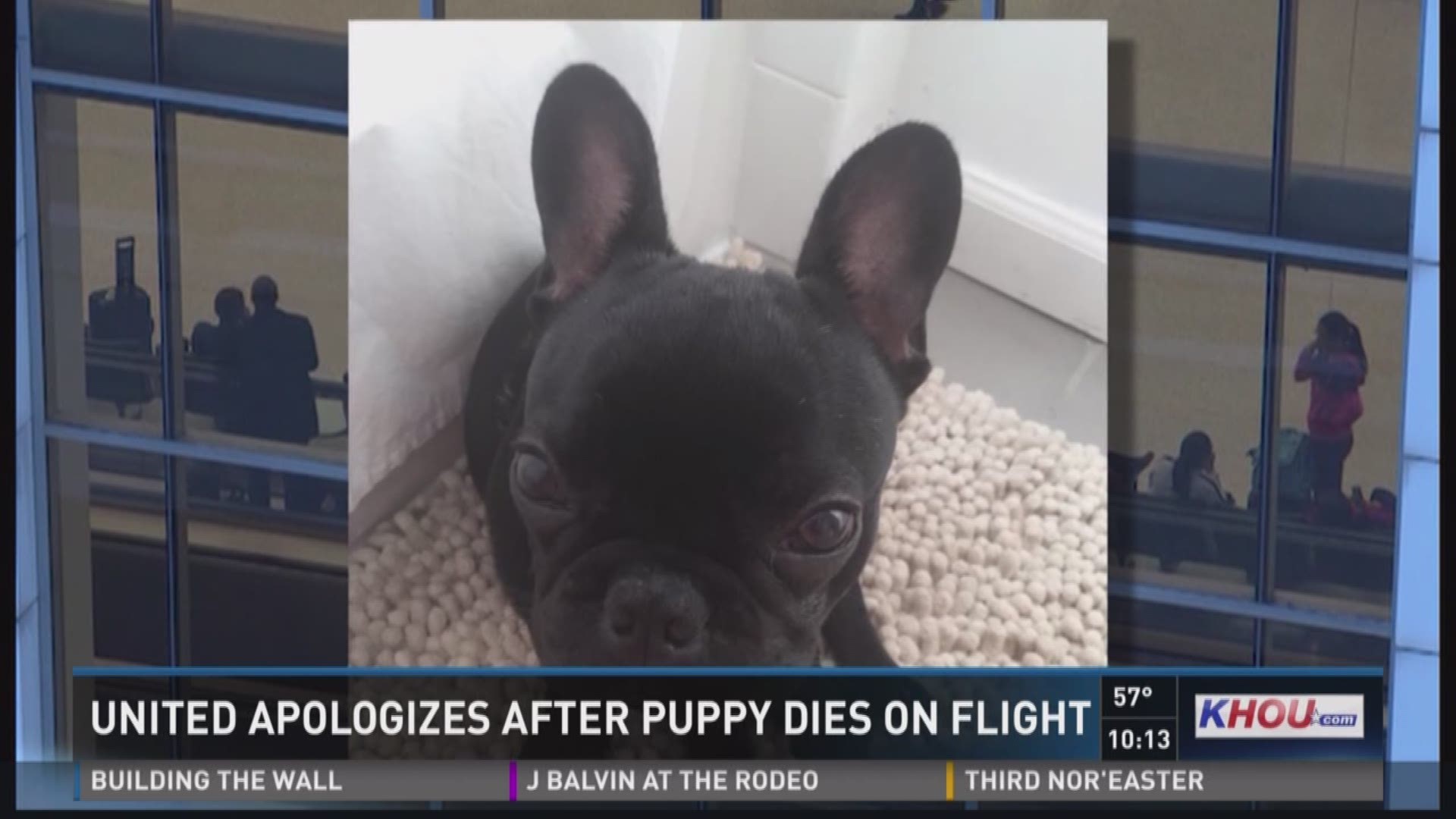 "The flight attendant demanded that no, Kokito couldn't be by her feet, that he had to go in the overhead bin," said Brayan Castano.

Catalina's husband Brayan says they'd flown with Kokito before and had never heard a request that. They paid $125 like they usually did for Kokito to fly in the main cabin in his carrier. Catalina went back and forth with the flight attendant refusing to allow her puppy to be put in the overhead bin. But the flight attendant didn't back down and guaranteed the family Kokito would be safe.

"Her train of thought was this is an authority figure on the plane, maybe there's ventilation that she knows about that I'm not aware of," said Castano. "She trusted the flight attendant."

The flight took off with Kokito in the overhead bin.

"The dog barked for 30 to 35 minutes after takeoff," said Castano.

But he says the flight was unusually bumpy and turbulent. No one was able to get up and check on their puppy.

"As soon as the plane landed after three hours, she tried to get him out of there, when she did that she placed him on the floor in the aisle, opened the kennel and he wasn't responding," said Castano. "She picked him up and started shaking him. That's when she realized he was dead. She went hysterical after that."

"It's been nonstop tears for this family ever since. Kokito was his daughter's birthday present one year ago. Last night she slept with his blanket.

"She hasn't stopped crying," said Castano. "Every time we talk about it she's just heartbroken thinking about the pain and suffering the little animal went through."

United's actions have stirred up anger and outrage across social media. The airline responded by issuing this statement:

"This was a tragic accident that should never have occurred, as pets should never be placed in the overhead bin. We assume full responsibility for this tragedy and express our deepest condolences to the family and are committed to supporting them. We are thoroughly investigating what occurred to prevent this from ever happening again."

This family says it's too little too late.

"There's nothing that they can offer me that can bring back the dog," said Castano. "He was part of our family. This isn't something they can remedy. There are no words to describe what we're going through right now especially my daughter."

The family says they don't plan to fly United ever again.

According to USA Today, United Airlines accounts for 1/3 of all animal deaths on U.S. flights during the last five years.