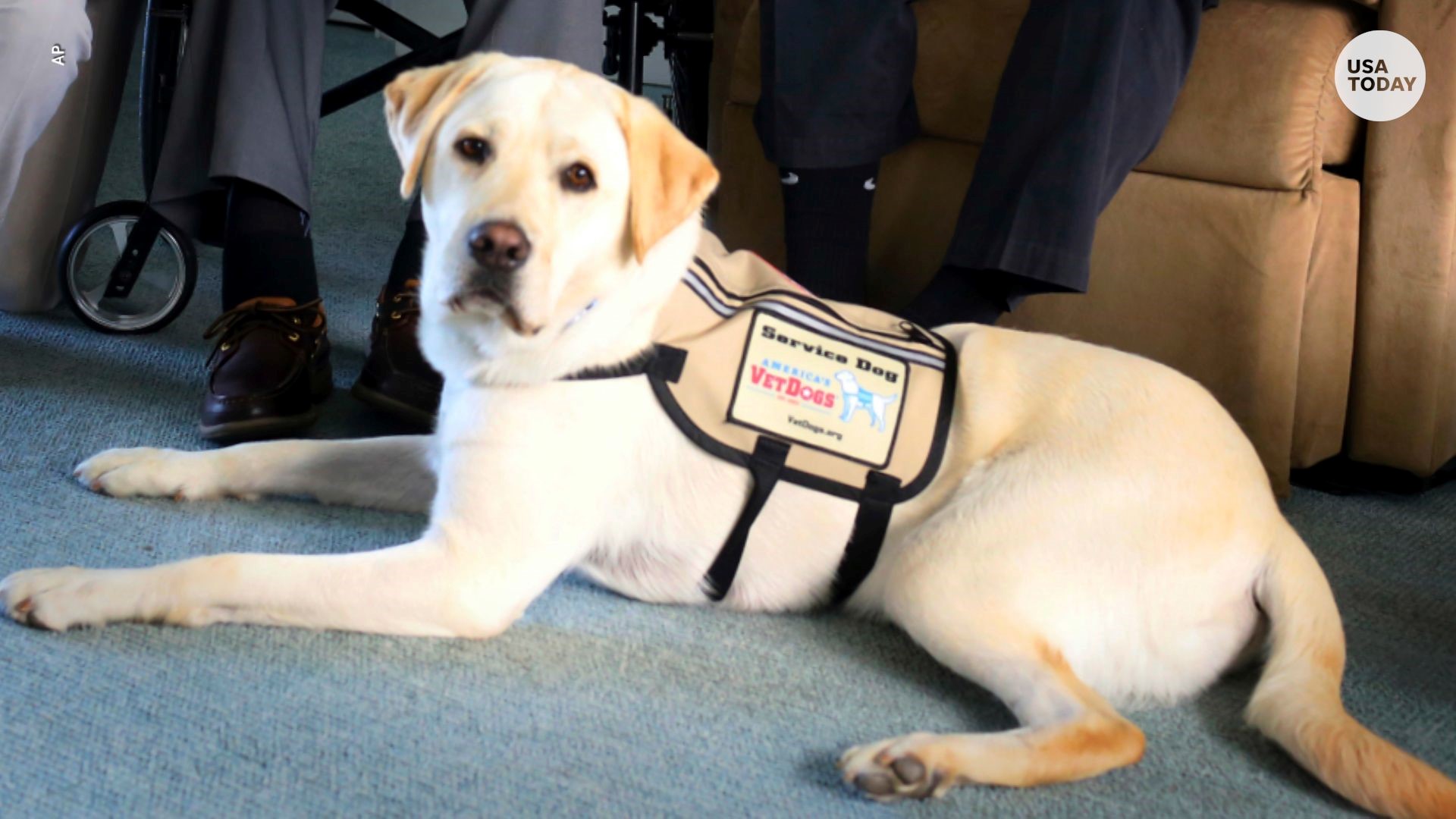 Former President George H.W. Bush has a new dog named "Sully." The 41st president shared a photo of his new pet via Twitter and we've got to say the yellow Labrador retriever was pretty low-key in his social media debut, just chilling at the feet of former President Bill Clinton, who was visiting Monday.

Sully, a service dog, will help Bush with picking up items, opening doors and calling for help. He was trained by nonprofit America's VetDogs. According to its website, the organization's service dog programs "were created to provide enhanced mobility and renewed independence to veterans, active-duty service members, and first responders with disabilities, allowing them to once again live with pride and self-reliance." The group places service and guide dogs with people with physical injuries, PTSD, hearing and vision loss, and seizures. The 94-year-old former president uses a wheelchair because of a form of Parkinson’s disease and has been hospitalized two times recently, following the death of his wife Barbara in April.

“He’s a really sweet dog,” said Bush aide Evan Sisley, who hopes that Bush’s use of a service dog will call attention to the organization and to service dogs. Sully has his own Instagram account at @sullyhwbush that’ll help in the effort to raise awareness, Sisley said.

The first post shows Sully posing next to a sign that reads, "Walker's Point, here I come." Walker's Point is the spit of land that juts out into the Atlantic Ocean in Kennebunkport, Maine, a longtime vacation home for the Bush family.

Bush is a dog lover who has had dogs since he was a boy, and dogs are always welcome at the family home. Two of his children, Neil Bush and Dorothy Bush Koch, together have five dogs there, and other family members bring pets with them when they visit, Sisley said.

And of course, there was Millie, who lived with the Bushes in the White House and was the star of one of the two children's books Barbara Bush wrote. Both "C. Fred's Story" and "Millie's Book" were written from the perspective of a family dog. 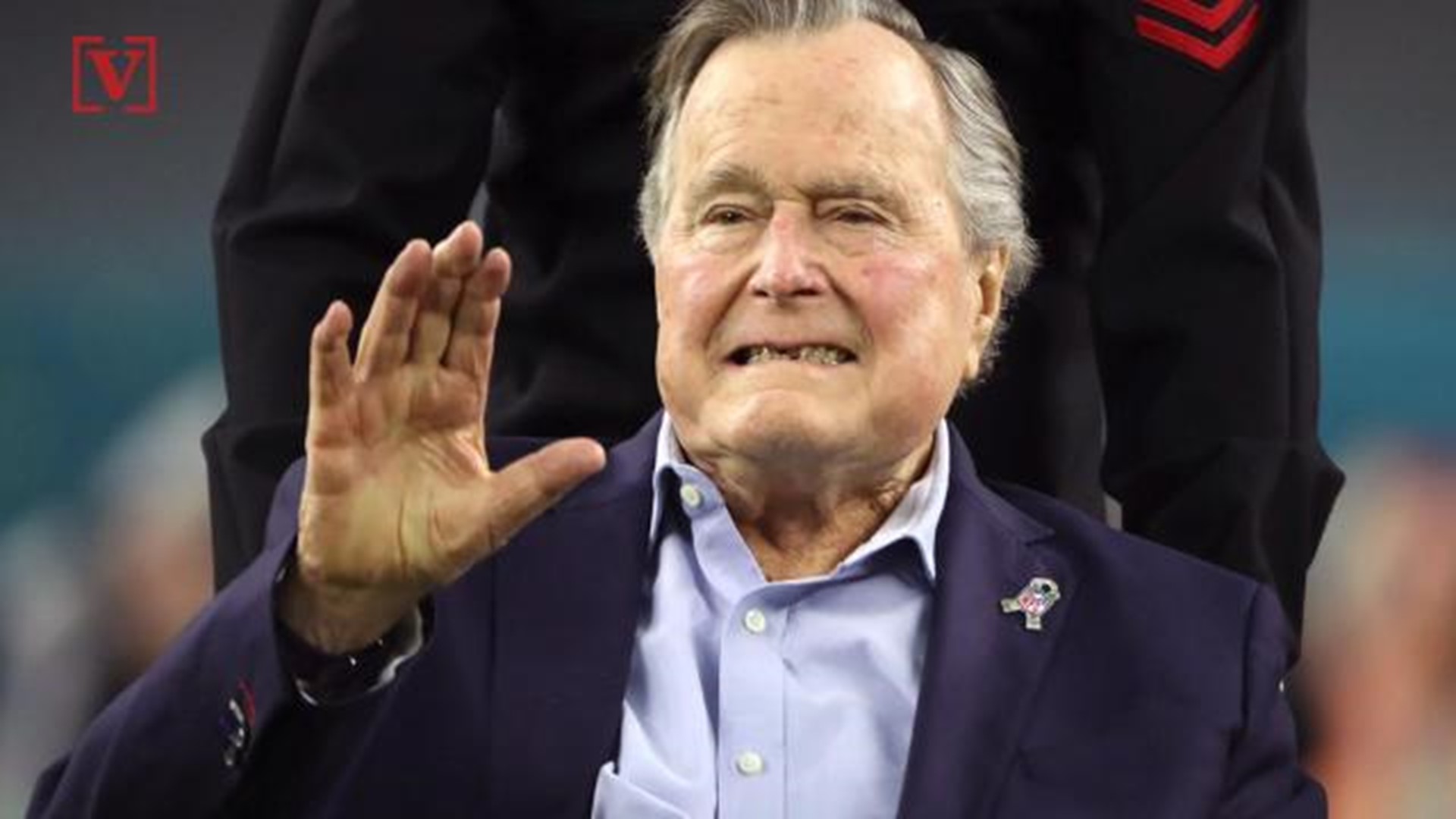 More: George H.W. Bush on book on romance with Barbara: 'A wonderful walk down memory lane'

1 / 15
Ed Kolenovsky, AP
George Bush, candidate for the Republican nomination for the U.S. Senate, gets returns by phone at his headquarters in Houston, along with his wife Barbara, on June 6, 1964.