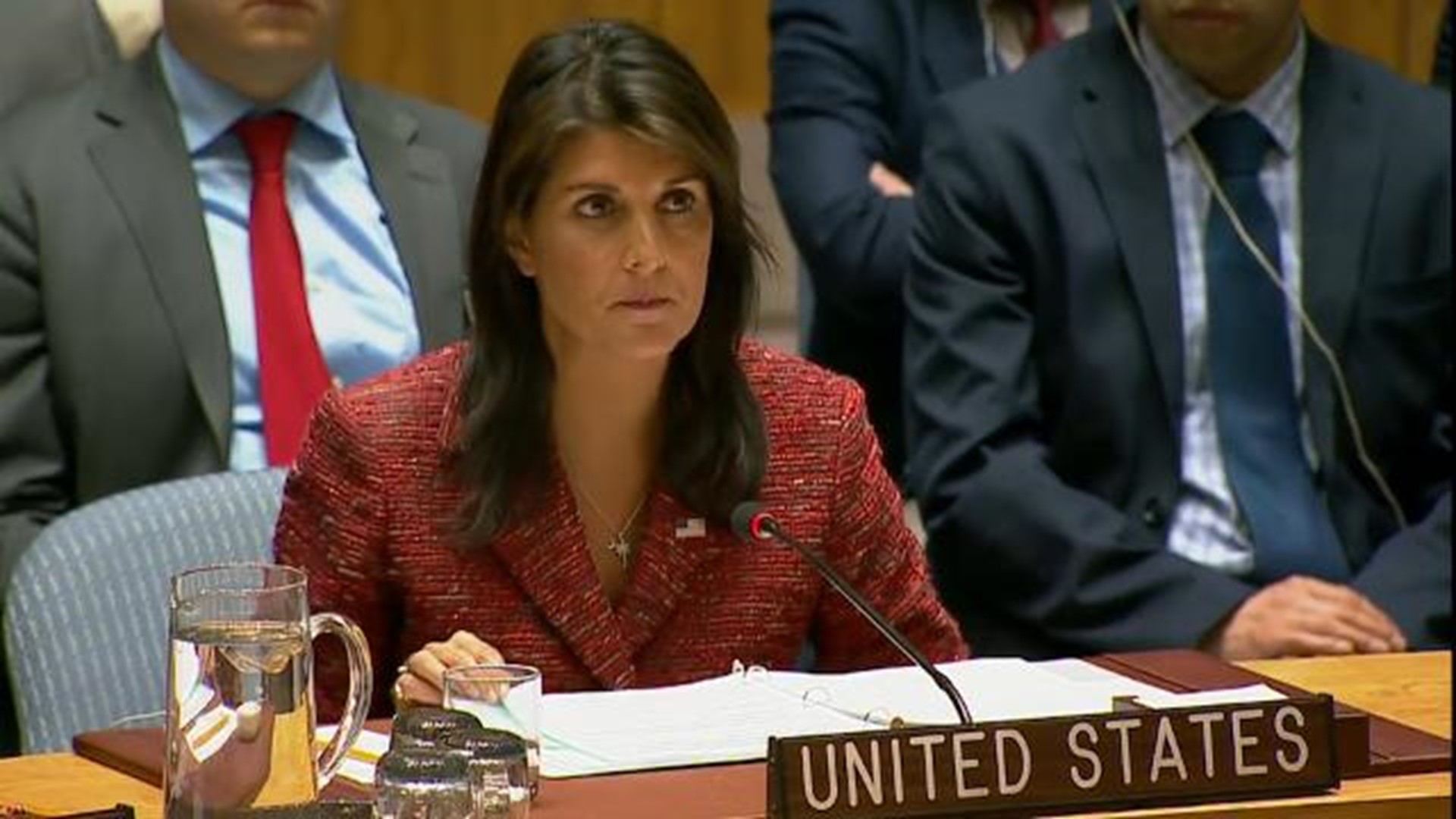 WASHINGTON — A report by France concludes the Assad regime was clearly behind the April 7 chemical attack on civilians in the Douma suburb of Damascus, the first detailed governmental assessment laying out the justification for the U.S.-led allied strikes on Syria.

"Beyond possible doubt, a chemical attack was carried out against civilians at Douma (and) there is no plausible scenario other than that of an attack by Syrian armed forces as part of a wider offensive in the Eastern Ghouta enclave," according to the report issued Saturday by the French government.

The report, based on technical analyses of witness accounts, photos and videos that appeared around the same time as a Syrian government offensive in Douma, was provided by the French embassy in Washington.

"After examining the videos and images of victims published online, (French intelligence services) were able to conclude with a high degree of confidence that the vast majority are recent and not fabricated," the report said.

The analysis was released hours after U.S., France and Britain fired 105 missiles at three chemical weapons facilities in Syria — and about an hour before the convening of an emergency meeting of the United Nations Security Council called for by Russia, a Syrian ally that disputes chemical weapons were used.

"Having visited the site of the would-be chemical attack, Russian military experts did not find any traces of chlorine or any other toxic agent," according to a statement by Russian President Vladimir Putin in a statement issued by the Kremlin. "Not a single local resident was able to confirm that a chemical attack had actually taken place."

Read More: 'Necessary and appropriate': How the world reacted to Syrian airstrikes

"No deaths from mechanical injuries were visible," the report said. "All of these symptoms are characteristic of a chemical weapons attack, particularly choking agents and organophosphorus agents or hydrocyanic acid."

France's conclusions were supported by Trump administration officials Saturday afternoon who determined that both chlorine and sarin, a highly toxic nerve agent, were used on the civilians by the forces under Assad in the April 7 attack.

Their findings were based on first-hand accounts of military helicopters releasing barrel bombs, evidence of features and markings of the bombs consistent with those Syrian forces used in previous attacks, and photos and videos of victims exhibiting the effects of chemical exposure such as foaming at the mouth, said the officials who requested anonymity because they were not authorized to speak publicly.

During the U.N.'s emergency meeting Saturday, Nikki Haley, the U.S. ambassador to the U.N., pushed back on the Russian denials.

"Russia's desperate attempts at deflection cannot change the facts," she said. "A large body of information indicates that the Syrian regime used chemical weapons in Douma on April 7th. There is clear information demonstrating  (Syria leader Bashar) Assad's culpability. The pictures of dead children were not fake news. They were the result of the Syrian regime's barbaric inhumanity."

Credit: Hassan Ammar, AP
Damascus skies erupt with surface to air missile fire as the U.S. launches an attack on Syria targeting different parts of the Syrian capital Damascus, Syria, early on April 14, 2018. Syria's capital has been rocked by loud explosions that lit up the sky with heavy smoke as U.S. President Donald Trump announced airstrikes in retaliation for the country's alleged use of chemical weapons.

Asked why the administration didn’t wait for a full investigation before launching missiles, Vice President Mike Pence told reporters that there was no doubt what had happened.

“We went into this effort absolutely confident that the Syrian regime had conducted this attack, despite what some of their apologists around the world are saying, and high confidence that at minimum the chemical weapon of chlorine was used in this attack," said Pence who was in Lima, Peru, for the Summit of the Americas.

Karen Pierce, the British ambassador to the U.N., said during the emergency meeting that a "significant body of evidence including intelligence" points to the Syrian regime as being behind the attack.

Echoing U.S. arguments, she pointed to reports that a helicopter deployed barrel bombs to deliver the chemical weapons on April 7.

"The opposition (rebel force) does not operate helicopters nor does it use barrel bombs," Pierce said. "No other groups (but the Assad regime) could have carried out this attack."