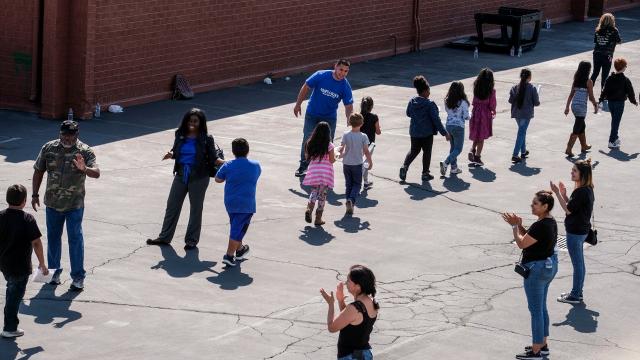 A tip led deputies to search the 14-year-old's gym bag, where they found a loaded 9mm pistol. Extra magazines were stuffed into a bag pocket.

The incident, Tharp said, is emblematic of how school security has changed since he started working as a resource officer in Escambia County more than 25 years ago.

"We used to be the good guys in white hats, breaking down the barrier between students and law enforcement," Tharp said. "Now, we’re making sure parents can send their kids to school and have them come home in the afternoons."

Tharp has noticed an even more jarring change to school security this year: He has fewer officers. Fewer barriers to prevent the kind of attack like the one that claimed at least 17 lives at Marjory Stoneman Douglas High School in Parkland on Wednesday.

Resource officers in Florida, in large part, are paid for from a pool of money called Safe Schools, earmarked each year strictly for school districts to use on safety and security expenses.

The state's 67 school districts this year are sharing $64.4 million, an amount unchanged for the past seven years.

Schools are supposed to use this money for a gamut of safety-and-security needs, from bullying prevention to after-school programs, yet more than 80% is spent on school resource officers.

As the 2018 legislative session trudges past the halfway point, Florida's Senate and House of Representatives are split on kicking in any more money for Safe Schools.

Those dollars, as Tharp and educators across the state lament, are being spread thinner than ever. Many districts use their entire safety allocation for resource officers, leaving nothing left for other security needs.

"As long as you don’t have a catastrophic event, sometimes things like Safe Schools funding just have to take a back seat," said Juhan Mixon, executive director of the Florida Association of School Administrators. "I guess the hope is we will continue to be safe."

Like many trends in Florida's education spending, the decline of Safe Schools began with the Great Recession, Mixon said.

Districts 10 years ago divvied up a Safe Schools pot of about $75.6 million, a plateau that hasn't been seen, or even approached, since.

More: Florida school shooting is the 6th to injure students this year

More: 20 years in, shootings have changed schools in unexpected ways

Florida school enrollment, meanwhile, grew by more than 300,000 students over the same span, according to the state.

Each district gets a minimum lump sum every year for Safe Schools, plus extra money based on the county's crime rate.

Safe Schools funding, Mixon said, must be a priority for lawmakers so districts can make up for the money lost since the recession and keep up with the influx of students across the state.

And it's not as if educators haven't asked for more.

"The money … is nowhere near enough to do what’s necessary to keep schools safe," Andy Tuck, a member of the state Board of Education, said at a July 17 meeting after a presentation from Mixon.

Asking over and over

The Department of Education has asked the Legislature for more Safe Schools funding each of the past eight years, records reveal.

Yet year after year, lawmakers have set aside no more than the same $64.4 million.

The first plea came before the 2012-13 school year, when the Department of Education requested a $1.9 million increase to Safe Schools.

Undeterred, the Department of Education returned in 2013-14 with a smaller request: a $394,832 boost to Safe Schools.

Credit: PATRICK DOVE/TCPALM
Indian River County Sheriff's Deputy Jessica Ogonoski shares a laugh with students between classes Tuesday, Feb. 6, 2018, at Vero Beach High School. Ogonoski has been with the sheriff's office for four years and the school's resource officer since June. "Our goal as resource officers is not to get kids in trouble, but to engage, encourage and counsel students," Ogonoski said. Ogonoski was born and raised in Vero Beach and is a 2011 graduate of Vero Beach High School.

The Department of Education asked for about a $1.2 million Safe Schools hike in 2014-15. But the Legislature voted for the same $64.4 million.

But the Department of Education didn't give up after having nominal increases rejected year after year. Officials asked the Legislature for an extra $10 million for Safe Schools three years in a row, and will again for 2019-20.

If that money makes it to the state budget, Safe Schools finally would be back to pre-recession funding.

"For four consecutive years, we have proudly proposed a $10 million increase in school safety, and I look forward to working with the Legislature to make this a reality," Tuck said in a statement to the USA TODAY Network.

More: Parents gather to reunite with students after school shooting

Tuck, at that July 17 meeting, implored local school districts to work with law enforcement to make sure both sides are paying their share for security. Most districts, as it turns out, already have partnerships to split the cost of resource officers with police departments and sheriff's offices.

Nevertheless, in 16 school districts, Safe Schools paid for at least 90% of school resource officers in 2015-16, the most recent data available from the Department of Education.

1 / 5
WPLG-TV via AP
In this frame grab from video from WPLG-TV, students from the Marjory Stoneman Douglas High School in Parkland, Fla., evacuate the school following a shooting.

Statewide, $52.3 million of the $64.4 million set aside for Safe Schools went to paying school resource officers, according to the 2015-16 data.

But even with the bulk of money helping keep resource officers on the job, it still is not enough to keep every district fully staffed.

Take Escambia County, for example. Tharp's crew is down four officers and a supervisor compared to last year. High schools used to have two officers. Now each has one.

After spending millions on school resource officers each year, districts are left with only scraps to pay for other needs, such as training educators and administrators need desperately, Mixon said.

More than half of districts across the state said they had too little money to pay for bullying-prevention programs, according to the 2015-16 data.

"We can argue how (funds are) allocated, what’s for training and school resource officers," Mixon told the Board of Education on July 17. "(But) it is not a simple fix of an educator carrying a gun."

This year, though, could be different, Mixon said. Early budget proposals, at least in the Senate, have boosted his optimism.

The Senate is recommending a whopping budget increase, including an extra $13.7 million for Safe Schools. That would boost each district's base Safe Schools allocation from $62,660 to $250,000.

The House, however, is recommending an all-too-familiar allocation for Safe Schools: $64.4 million. 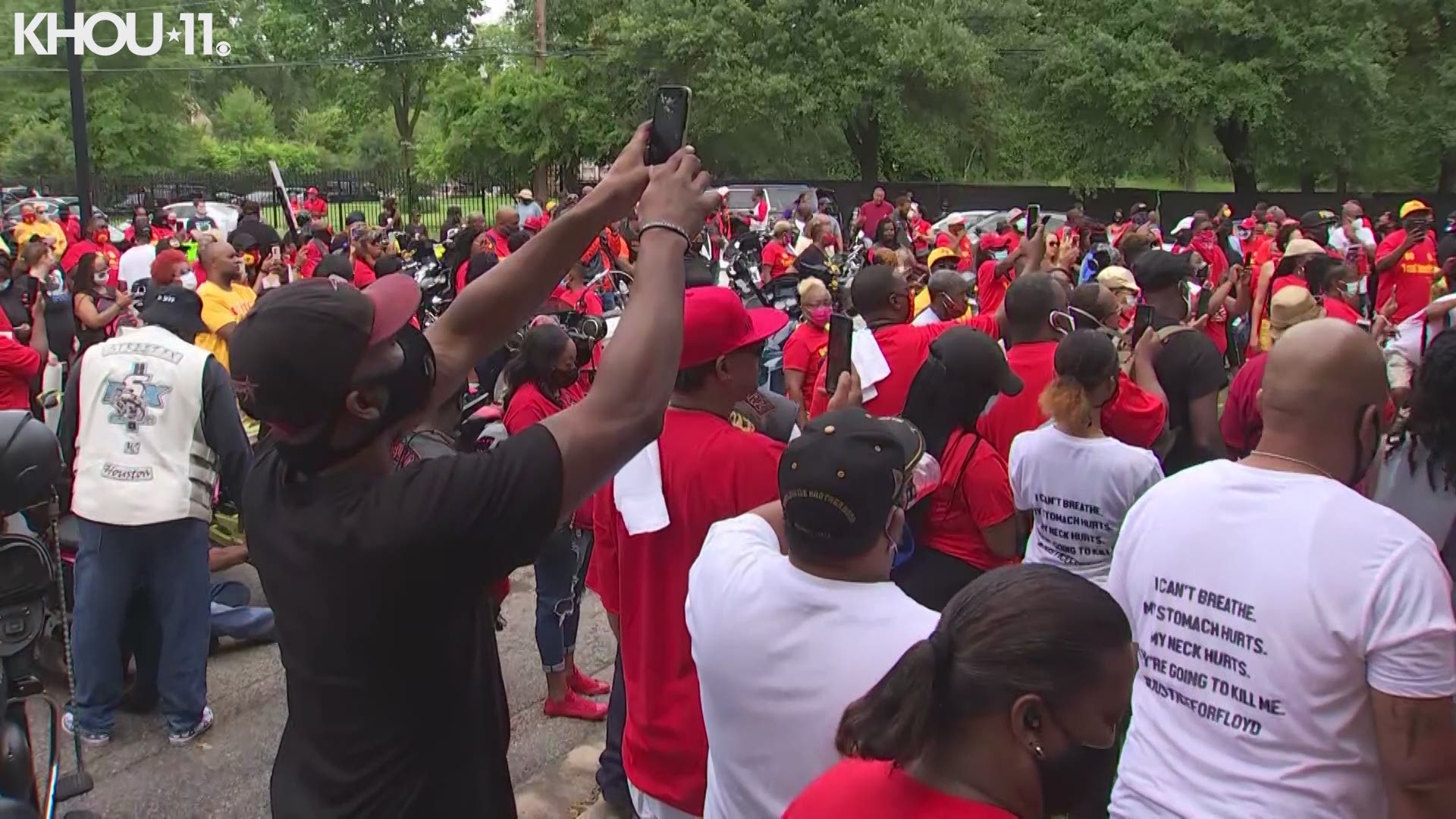