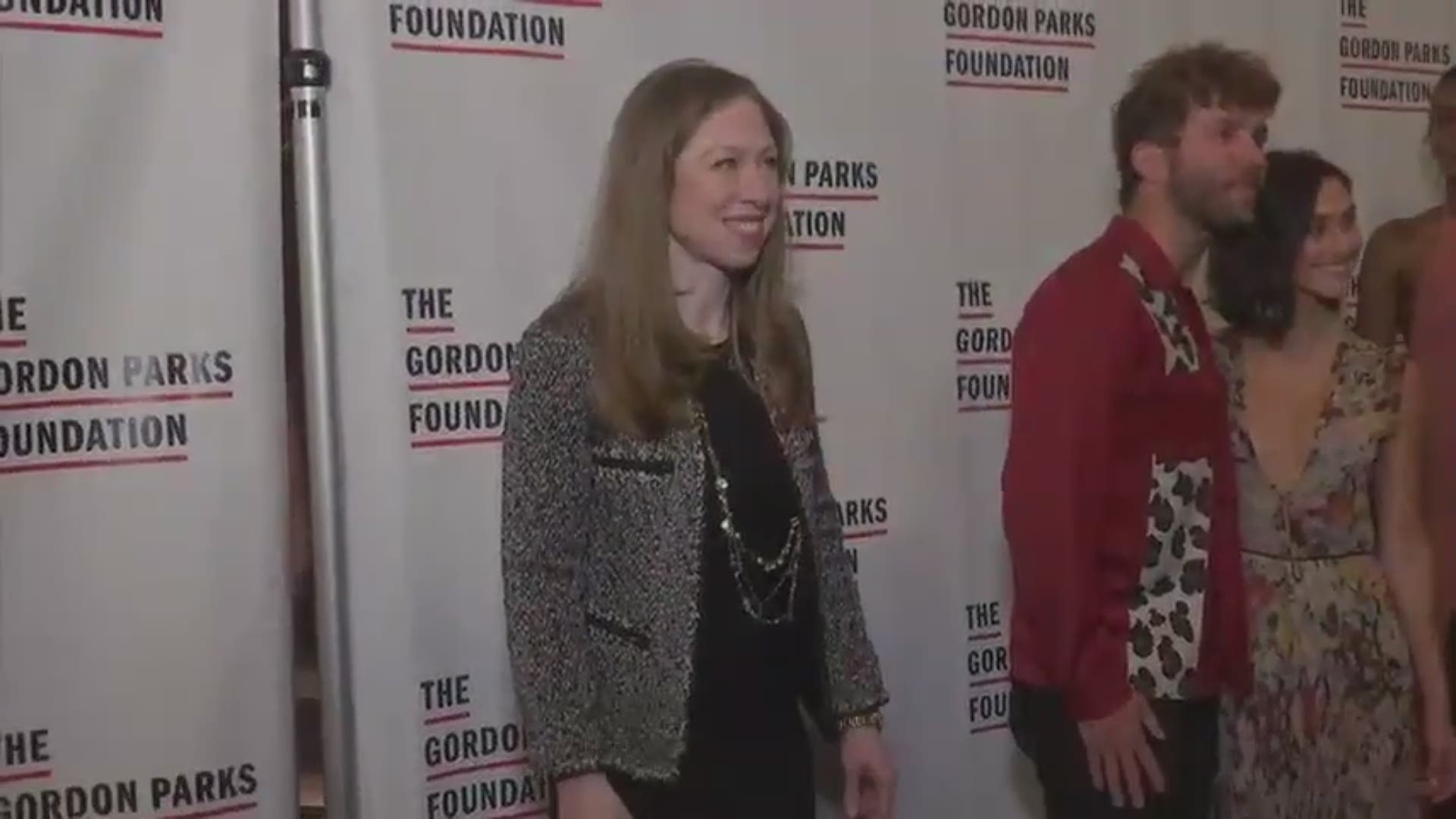 SCARSDALE, N.Y. — Chelsea Clinton, the daughter of a former president and a former presidential candidate, said ahead of an appearance to promote her children's book that she wouldn't rule out a run for office.

She also said that mother, former Secretary of State Hillary Clinton, has not spoken with her about a repeat presidential run in 2020.

"I think if someone were to step down or retire and I thought I could do a good job and it matched my talents, I’d have to think if it’s the right choice for me," Chelsea Clinton told The (Westchester County, N.Y.) Journal News.

The daughter of former President Bill Clinton, now 38 years old, talked about the circumstances under which she might consider a political run; her mother’s rumored presidential bid; and her work at the Clinton Foundation, where she serves as vice chair.

Her latest book, Start Now! You Can Make a Difference, (Penguin Random House) is aimed at children ages 7 to 10. Chelsea Clinton tackles issues of health, hunger, climate change, endangered species, bullying and talks about what children can do to make a difference.

Question: In your new book, you motivate young children to think critically about everything from the environment to bullying, and you ask them to be vocal in making a change. As the vice chair of the Clinton Foundation, have you backed any projects started by young adults?

Answer: This weekend we just had our Clinton Global Initiative University meeting at the University of Chicago (where) we bring together young change makers who are motivated to make a difference.

We had 1,100 students from more than 300 schools and universities representing a hundred countries, and they were working on everything from providing health care to homeless people in Florida to tackling the opioid epidemic to combating iron deficiency in Cambodia.

Q. Any project that stands out in your mind?

A. One example is Haile Thomas, who(m) I first met in 2010 when she joined the Clinton Foundation's Alliance for a Healthier Generation Youth Advisory Board at just 11 years old. She had started cooking for her family after her father was diagnosed with Type 2 diabetes and was able to help her dad achieve and maintain a healthy weight and reverse his diagnosis!"

Q. How was the book received by your kids?

A. They are too young for much of the material in this book. My children are 2 and 4. I’ve read Charlotte (4) some of the health stuff and lot of the animal stuff, and she’s really interested in that.

I’m excited for when they are little bit older and they can read it.

Q. What changes have you made in the past five years in your family life to be environmentally conscious?

A. I’ve always recycled and used smart light bulbs and tried to take short showers. The things that seem small are the things that if we all did would make a profound impact.

The biggest shift since becoming a parent is talking to my children about why we make these choices at home and why it’s important that we all be part of making these choices regardless of our age.

I love seeing how proud my kids — even Aidan, who is only 2 — are when he carries cardboard boxes to the recycling bin. Hopefully it’s just part of their daily lives.

Q. A record number of women are running for office this year, many of them inspired by your mother’s run and the results of 2016 elections. Why haven’t we seen your name on the list?

A. I don’t have any plans to run for office, but it is something I think about as I hope every young person thinks about it.

If you care about what’s happening in the world, you have to care about running for and holding elected office. I hope it’s a question that we ask ourselves.

For me, I live in a neighborhood in the city and in a state where I feel my family, and what I hope for the world, is well represented.

It’s at the national level where I disagree deeply with President Trump on, l think, everything practically.

But I like my City Councilwoman Carlina Rivera, I like my senators and I love my public advocate Letitia James who I hope is the next attorney general. For now, I am really focused on trying to make the change I want to see in the world through my work in the foundation, my writing and my teaching.

Q. There’s been a lot of talk recently about your mom running in 2020 for president. What would you tell her, if she asked for your advice?

A. I know she’s really excited about working with Steven Spielberg to turn Elaine Weiss' book  The Women’s Hour, into a movie; and we are doing some work together to help save the elephants (combating elephant poaching), so I know her head is very much on projects that she’s committed to now. I support my mom in whatever she wants to do, but she’s never once mentioned that (a presidential run) to me.

Chelsea Clinton through the years

1 / 39
Win McNamee, Getty Images
Clinton participates in the opening plenary of the Cooperative for Assistance and Relief Everywhere 2017 National Conference on May 22, 2017, in Washington.

• When: 4 p.m. Saturday, Oct. 27. Wristbands for the event will be given out beforehand. Up to three wristbands will be handed out at the time of purchase of the book.