American Girl announced the addition of its first boy doll to its popular doll line on its Facebook page on Tuesday. 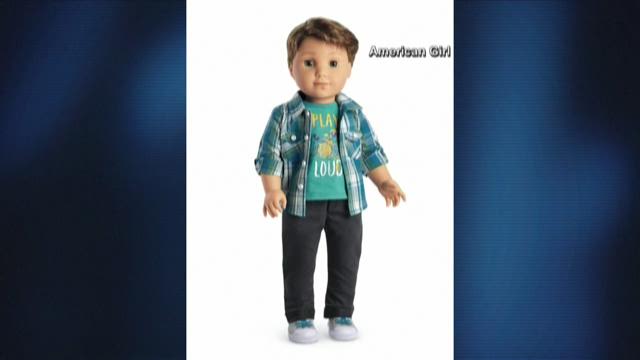 American Girl announced the addition of its first boy doll to its popular doll line on its Facebook page on Tuesday.

Logan, an 18-inch doll, is a band-mate and friend to Tenney Grant, American Girl’s newest contemporary character. Tenney is a singer-songwriter from Nashville. Both Logan and Tenney will be available beginning on February 16.

The posts also featured The Real Z, a Korean-American stop motion filmmaker. Z, as she is known, will be the first American Girl character to have her own live action Amazon special this summer.

The company also announced the return of Felicity, archived in 2010, to its Be Forever line. Felicity, from 1774 Colonial America, returns with a brand new historically accurate look. New to the Be Forever line is Nanea Mitchell from the 1941 World War One period. Nanea, the first Be Forever character to sport a shorts outfit, will be available in the fall.

American Girl also re-introduced Gabriela "Gabby" McBride, American Girl's 2017 Girl of the Year, in the post. Gabby uses her creative talents to help her community and to overcome her own stuttering challenges. New this year, American Girl is partnering with Scholastic in a community outreach effort. Beginning March 1, parents and teachers can download a custom Gabby curriculum centered on spoken poetry.