After Parkland shooting: Youth activism not showing up in voter registration numbers 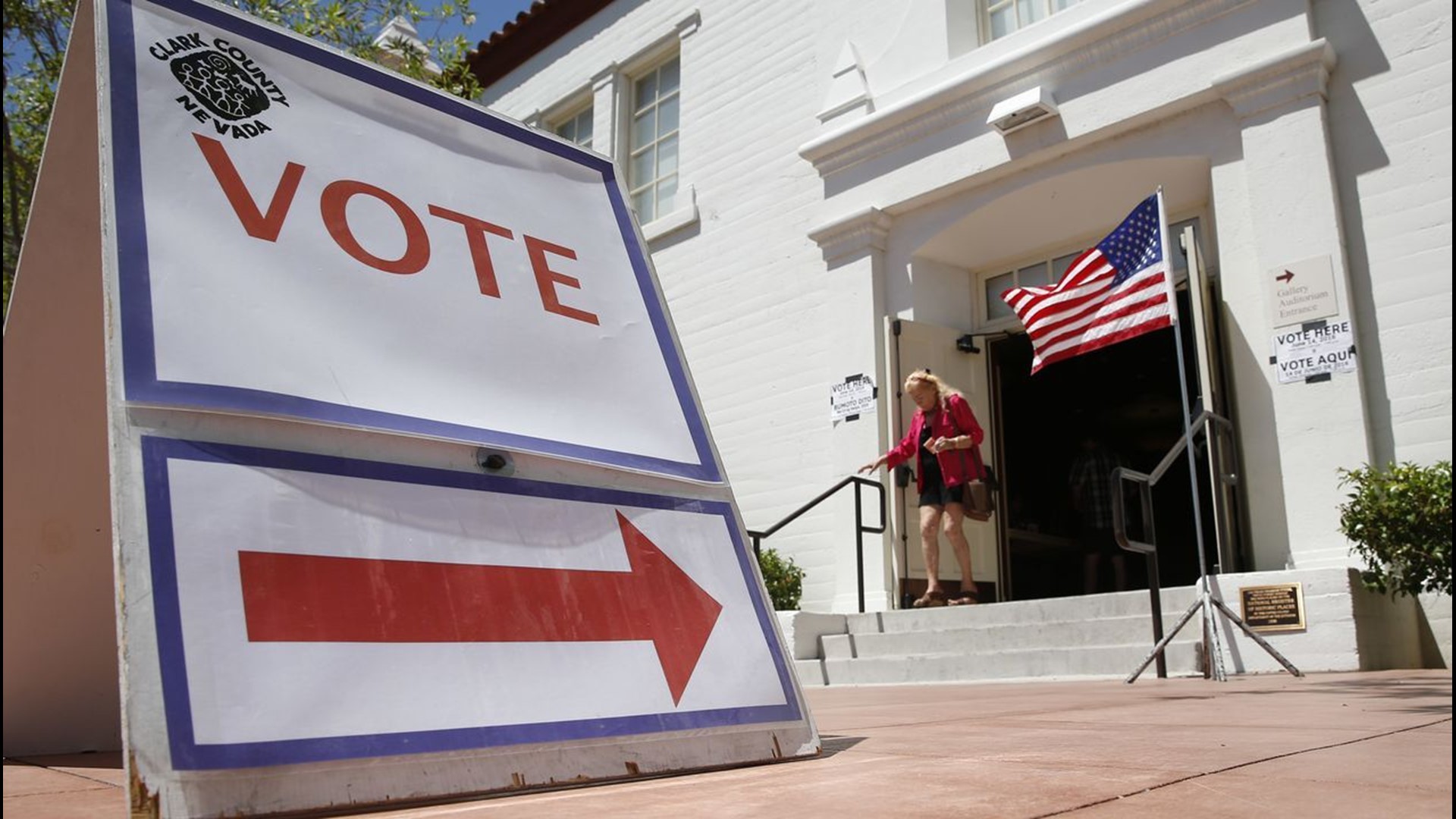 TALLAHASSEE — Two months of youthful activism in the wake of the Marjory Stoneman Douglas High School massacre was expected to produce a bumper crop of teens registering to vote for the first time.

Credit: Courtesy Steve Wright
An aerial view of the Florida Capitol during the March for Our Lives rally on Saturday, March 24, where thousands of people showed up to protest stricter gun control laws.

But in Tallahassee, the epicenter of the Florida protests, all the noise, speeches and carnival-like atmosphere have not produced a number of new young voters. The opposite happened. There now are fewer voters among the 18-25 age group than there were before the shooting.

According to the Leon County Supervisor of Elections office, there has been a drop of 690 registered voters in Leon County since Feb. 14 among the youngest voting-age group.

The number of vanishing youth voters grows larger the longer you look at voter registration rolls. Tallahassee, home to more than 63,000 students of two universities and a college has seen registration among younger voters drop by 4,673 since March 2017.

Photos: Students march to and rally around the Capitol Wednesday

1 / 80
Andrew Salinero/FSView
Protesters gathered outside of the Florida Capitol Building on Wednesday in support of gun reform. The protest comes one week after the shooting in Parkland, Florida that left 17 people dead.

A snapshot in time

Chris Moore heads the office demographics unit and goes to great lengths to explain the ebb and flow of voter registration and the difficulty in tracking younger voters.

“You see a ton of election day address changes in the college precincts,” said Moore.

“So, they are here now, but we can’t see them in the data, hence the drop,” he added with air quotes on the drop.

The vanishing voters could be a high school student who graduated, went off to college and switched registration to a Gainesville dorm. She could be a college graduate who left to pursue a career in Tampa. The voter could simply be someone who celebrated his 26th birthday.

Those are factors in producing the final number. But the “drop” remains striking when compared to the months leading up to the last mid-term election. 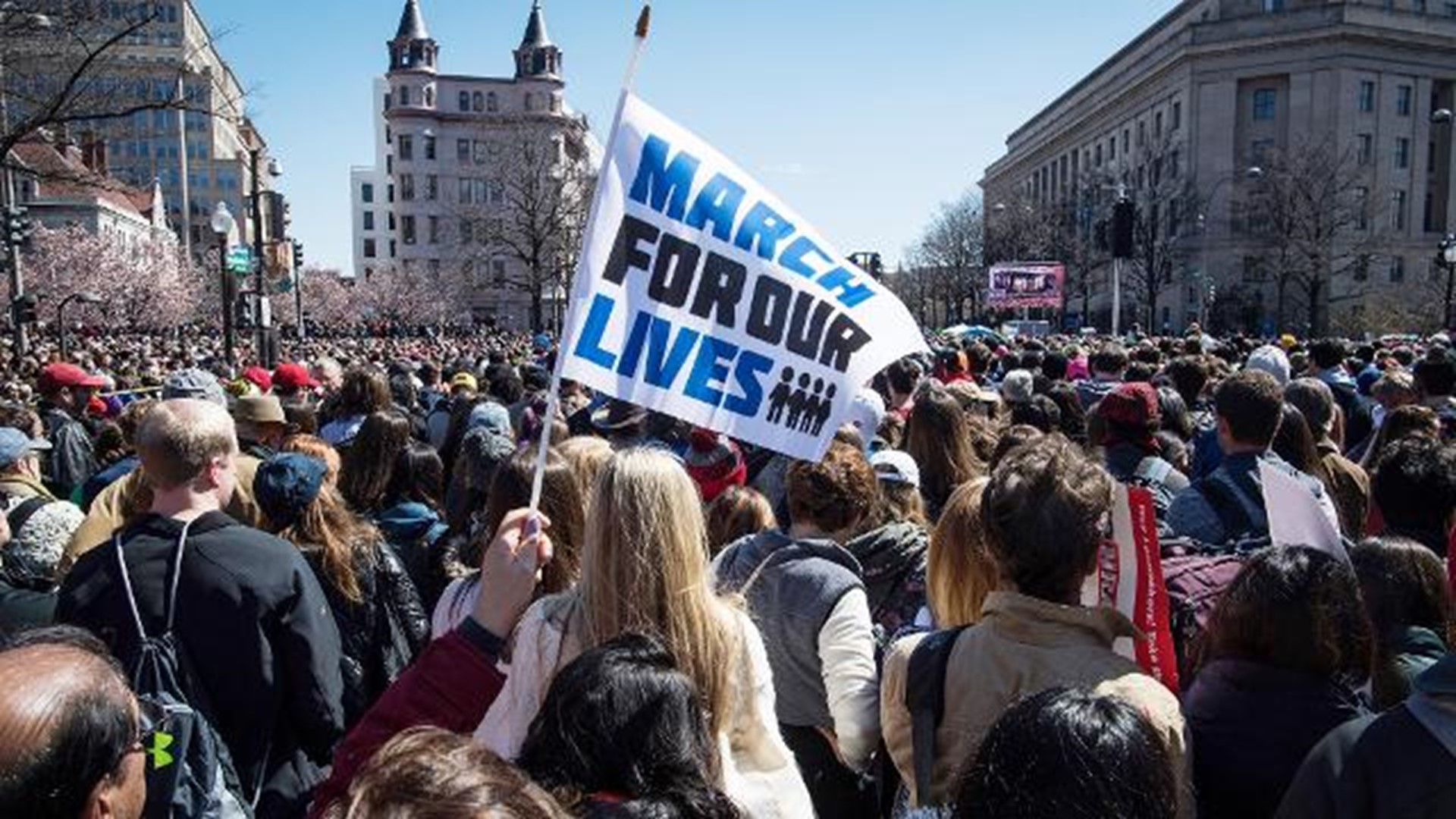 State data lags reports from the counties but in the first two months of 2018, Florida recorded a net increase of 51,013 in voter registration — a breakdown by age was unavailable.

Nationally there appears to be a surge building against the status quo. It’s fueled not only by concerns over gun violence ignited by the Parkland students but also disgruntled Democrats upset by losing a close presidential election and President Trump's unconventional governing style.

NextGen reports registering 25,000 youth voters in eight states and 40,000 commitments to vote with last week’s Day of Action.  Whether Florida will be part of a predicted blue-wave year depends a lot on the younger voter — about half of Florida voters are younger than 50.

Traditionally, as many as two-thirds of these voters will sit out a midterm election like 2018, according to the United States Elections Project at the University of Florida.  While about half of Generation Xers have sat out midterms since the 1980 cycle.

Meanwhile, the over-60 group, a group of Floridians who tend to support things as they are, will show a drop from about 10 percent for a midterm election.

Credit: Courtesy Steve Wright
March for Our Lives protesters gather outside the Westcott building on Florida State's campus before marching to the Capitol to protest stricter gun control laws on Saturday, March 24.

A generational divide is also present in how the groups use media. The over-60 group tends to rely on traditional sources for information — television, radio and print newspapers.

Younger groups have migrated to the Internet and talk to each other on social media accessed by their cellphones like the president does on Twitter.

“The difference is as stark as night and day when candidates go for the younger as opposed to the traditional voter,” said Susan MacManus, University of South Florida political scientist, discussing politicians' strategy to reach voters.

“If you are not talking about their issue when they want to talk about it then you are wasting your money,” said MacManus.

MacManus thinks, much like in the 1960s, politics is becoming "college-centric" with the younger voter a key component of a winning coalition.

“You can’t ignore them in a state where elections are decided by one point,” she said.

And the shrewd politician needs to figure out how and when to talk to this key component of the Florida electorate.

MacManus said a lesson from the 2016 election was Hillary Clinton being unable to reach Bernie Sanders’ supporters the way Sanders did despite the senator's endorsement.

Credit: Andrew Harnik/AP
Sen. Bernie Sanders, I-Vt., speaks at a student led gun control rally outside the Capitol Building in Washington, Wednesday, March 14, 2018. Students walked out of school to protest gun violence in the biggest demonstration yet of the student activism that has emerged in response to last month's massacre of 17 people at Florida's Marjory Stoneman Douglas High School.

Philip Levine’s Democratic gubernatorial campaign went against the grain last Monday. The state media and political world were focused on Gov. Rick Scott’s announcement he would be a candidate for U.S. Senate.

The announcement had long been expected and politicians fired off prepared statements to reporters.  Except for Levine, he sent a video, a television-news like production still available on YouTube, highlighting his criticism of the Scott years as governor.

“Our campaign understands that to reach young voters, who have shown they are actively engaged in this election, you have to meet them where they are, which means thinking outside the box ...” said Christian Ulvert, a Levine adviser.

Tallahassee Mayor Andrew Gillum has less money than any of the other Democratic or Republican candidates and is running a campaign that is under the radar of traditional media. The campaign capitalizes on free media platforms like Facebook and Twitter and touts several videos that have gone viral, including one on guns it says, has been viewed more than 700,000 times.

Credit: Andrew Salinero/FSView
Around 3,000 protesters gathered outside of the Florida Capitol Building on Wednesday in support of gun reform. The protest comes one week after the shooting in Parkland, Florida that left 17 people dead.

“We’re the only ones organizing digitally across the state,” said Geoff Burgan, Gillum’s spokesman. “We’re confident that strategy will pay off in August and November.”

Moore from the Supervisor of Elections Office warns against reading too much into the numbers. They represent a snapshot in time but don't tell the whole picture, he cautioned.

“The biggest registration numbers come in the lead up to an election,” said Moore. “That is the high-water mark for the election cycle, the summer, leading up to the primary.”

More: At D.C.'s March for Our Lives, she's just 7, and she's tired of hiding in closets in her classroom

More: March for Our Lives: Paul McCartney is marching for John Lennon, who died of gun violence

Best signs from March For Our Lives

1 / 8
Tolga Akmen, AFP/Getty Images
Protestors carry placards and shout slogans during a demonstration calling for greater gun control, outside the US Embassy in south London on March 24, 2018. The London rally, in solidarity with the US movement 'March For Our Lives', is one of hundreds of gun control protests taking place globally.