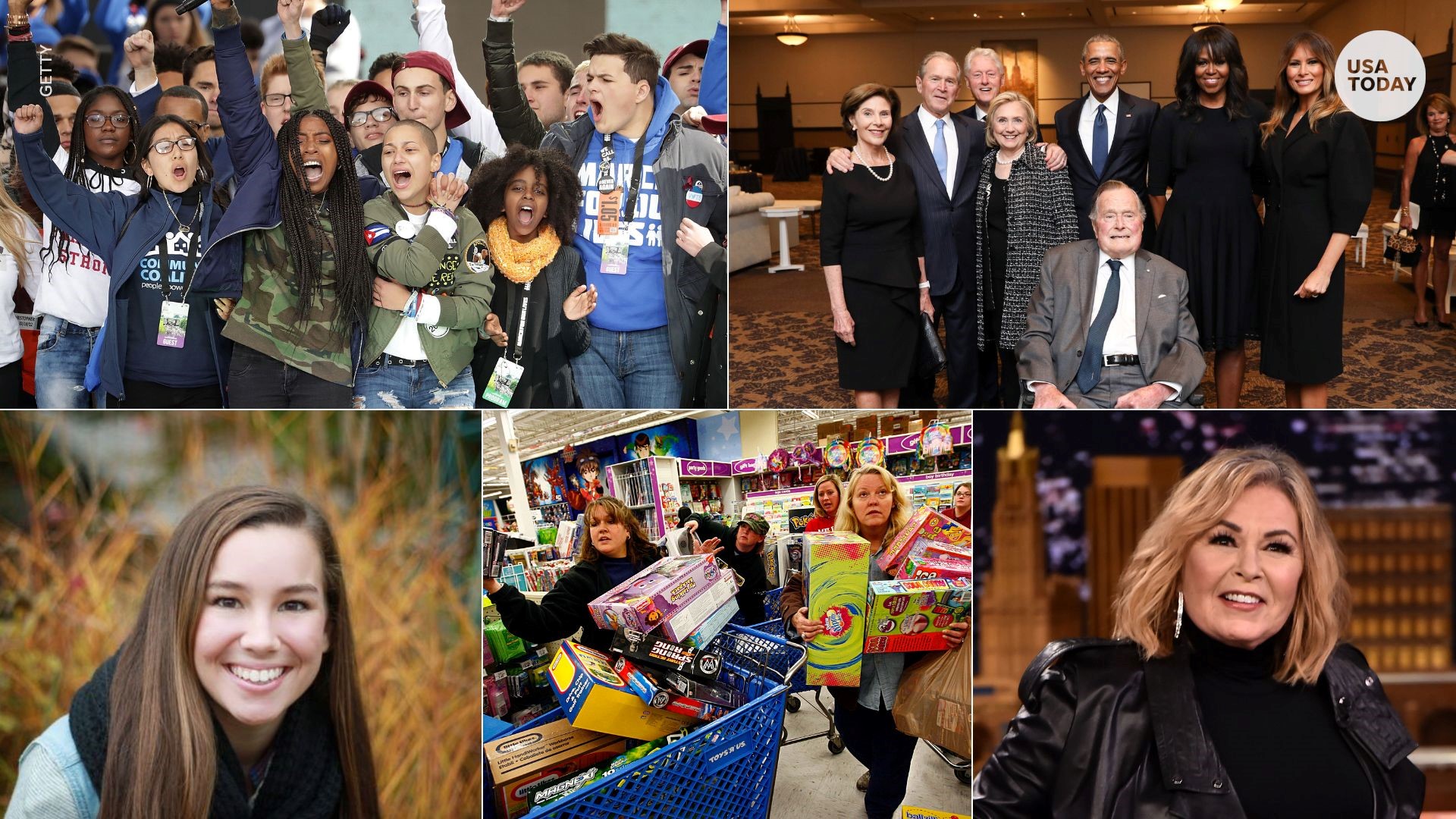 Credit: Teresa Lo, USA TODAY
After another eventful year, USA TODAY revisits one story from each state that moved us – the big news, the best investigations and the moments we can't stop talking about.

In 2018, the eyes of the nation were again fixed on President Donald Trump, whose second year in office was no less remarkable than his first. It was a year that saw the president open up trade wars, meet with North Korean leader Kim Jong Un, spar with the press and defend hush money payments to women he allegedly had affairs with, all while new revelations and indictments poured out of special counsel Robert Mueller's investigation into Russian election meddling.

Policies and politics divided us. We found ourselves embroiled in a fierce immigration debate. Trump's Supreme Court nominee Brett Kavanaugh ascended to the high court despite sexual assault allegations from Christine Blasey Ford.

Nature humbled us. California burned as the Camp Fire became the most destructive in state history. Hurricane winds and floods battered the Carolinas. But other stories made us proud. Team USA brought home 23 Olympic medals from Pyeongchang, South Korea. Teachers fought for better pay.

We exercised our rights, voting in the most tumultuous midterms in years. Democrats gained control of the House, Republicans expanded their Senate majority, and voters made history, ushering into Congress many firsts for women and minorities.

Then, we ended the year with a solemn goodbye. Funeral services for George H.W. Bush were a farewell not only to a former president, but also to a generation.

After another eventful year, USA TODAY revisits one story from each state that moved us – the big news, the best investigations and the moments we can't stop talking about.

The former Alabama senator's beleaguered tenure as U.S. Attorney General finally ended in November, one day after the midterm elections. While Sessions was one of President Donald Trump’s earliest supporters, he was berated by the commander-in-chief for recusing himself from the investigation into Russian meddling of the 2016 presidential election. Sessions' departure was just one of the many notable firings and resignations from the Trump administration in 2018, including chief of staff John Kelly and secretary of state Rex Tillerson. As for the Russia investigation: Trump has denied wrongdoing, and repeatedly called special counsel Robert Mueller's looming investigation a "witch hunt." Earlier this month, Trump's former personal attorney Michael Cohen was sentenced to three years in federal prison – the first sentencing for a member of the president's inner circle, and one that could hold legal perils for Trump.

1 / 41
Michael Reynolds, European Pressphoto Agency
Sessions appears before the Senate Judiciary Committee hearing on oversight of the Department of Justice on Oct. 18, 2017.

A magnitude 7.0 earthquake that struck near Anchorage on Nov. 30 sliced opened roads, knocked out power and damaged buildings. Over 3,000 aftershocks have rattled the region, though no deaths or serious injuries were reported. Meanwhile, recovery efforts, made more difficult by the cold, have become the envy of the nation after work crews repaired major road damage within four days after the quake. Delivery of food supplies, fuel and other cargo has not been interrupted, according to officials, who said that crews will redo the majority of their work in the summer to ensure long-term sustainability. 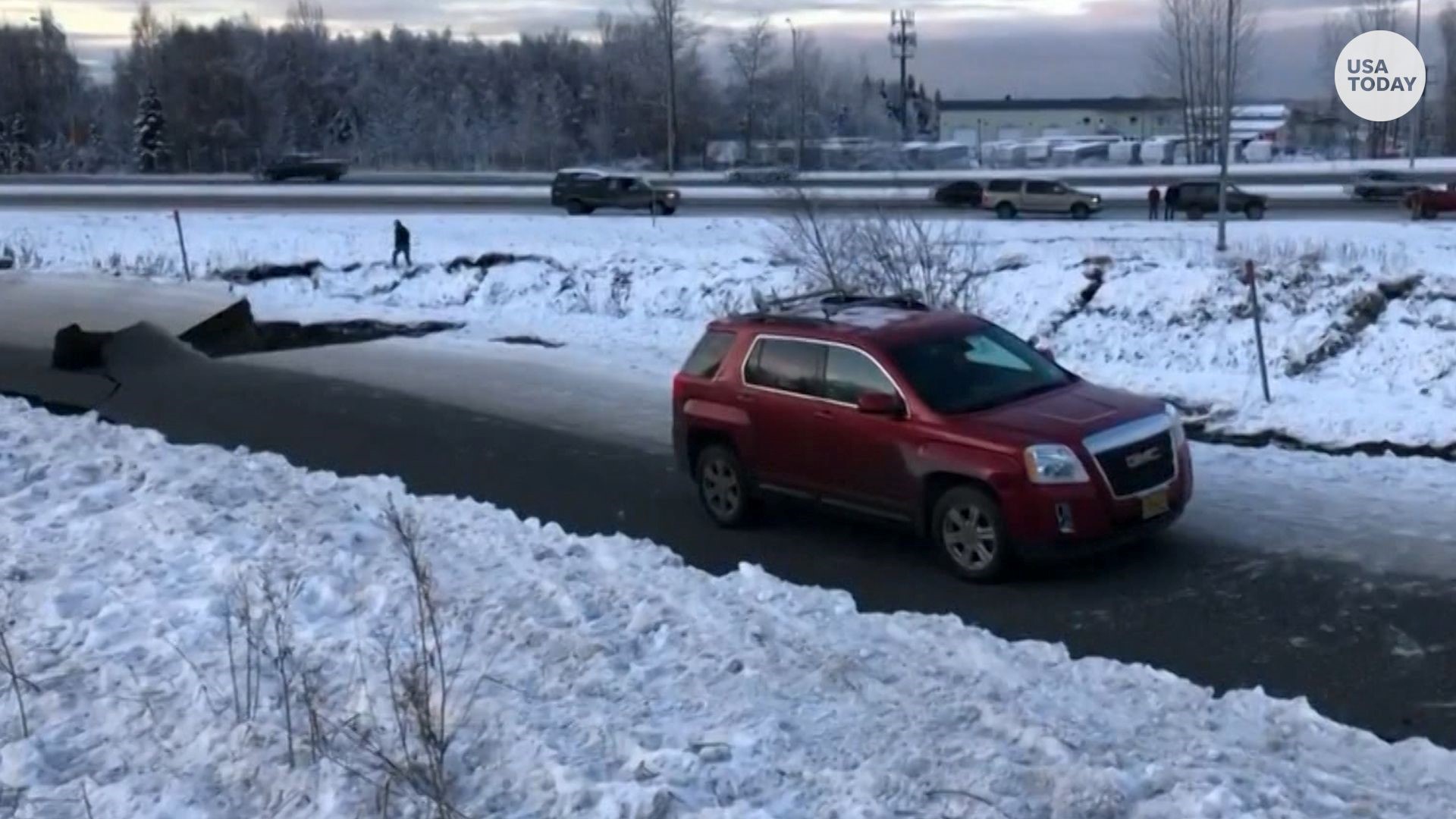 'You're telling me that my assault doesn't matter': Contentious Kavanaugh hearings

Christine Blasey Ford testified with quiet, measured emotion that Brett Kavanaugh forced her onto a bed and tried to remove her clothes at a party when both were teens. Kavanaugh yelled, cried and interrupted when it was his turn in front of the Senate Judiciary Committee. A day later, a protester who said she was sexually assaulted approached outgoing Republican Arizona Senator Jeff Flake in an elevator. "You're telling me that my assault doesn't matter," the audibly emotional woman told Flake. The moment seemed to matter, as it was Flake, alongside Sen. Chris Coons (D-Del.), who called for a week-long FBI investigation. Ultimately, Kavanaugh was confirmed to the U.S. Supreme Court. 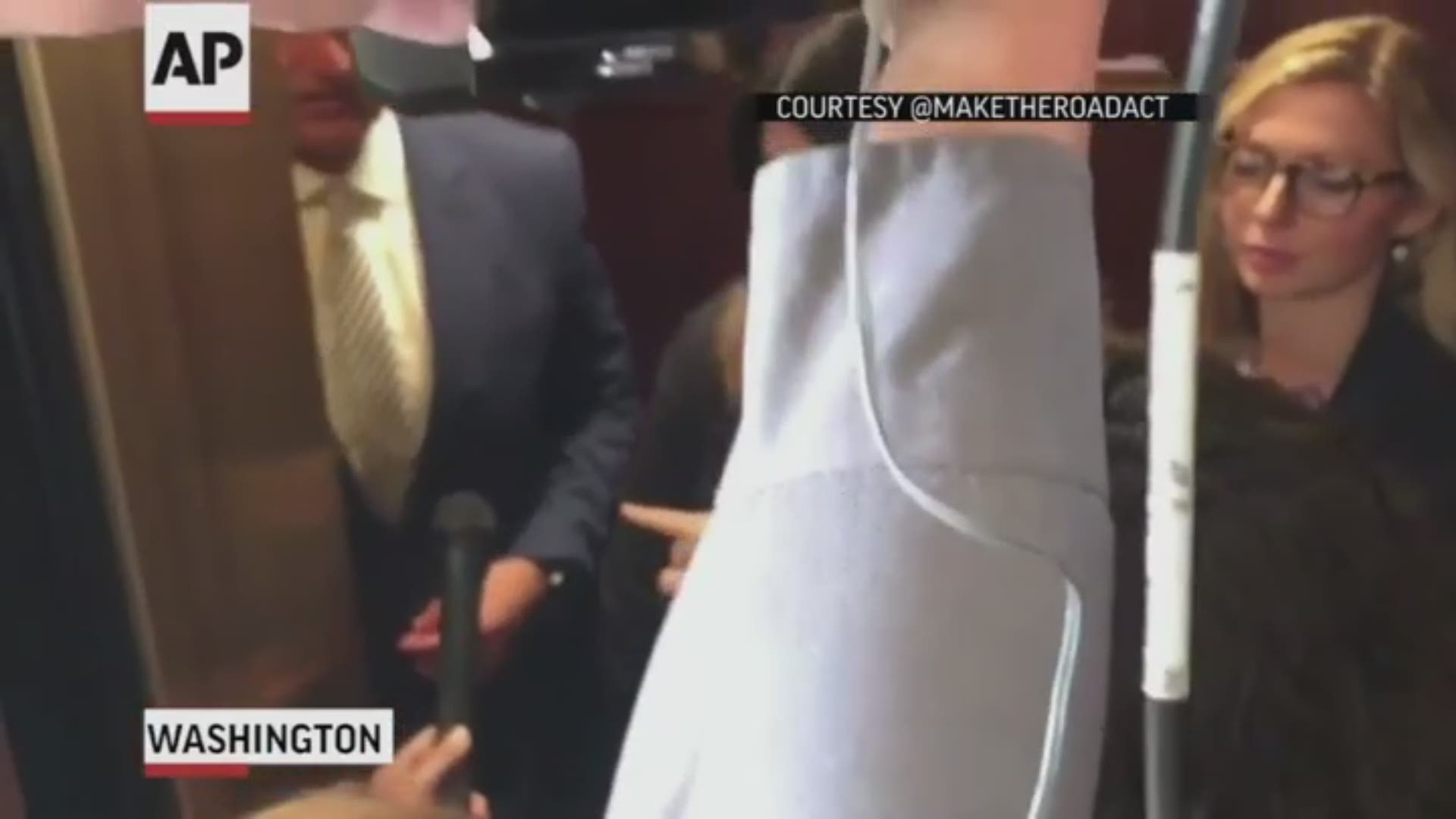 An Arkansas family's tragic photo captured hearts around the nation in June as it showed the moment a brother said goodbye to his dying little sister. Adalynn Sooter, 4, lost her battle with a rare brain tumor, but her siblings got one last chance to spend time together. Jackson, 6, rubbed his sister's head as she grasped his hand. Then Jackson said goodnight. Addy was Jackson's "playmate, his best friend, his little sister," father Matt Sooter wrote on Facebook. "This isn't how it's supposed to be." Though her condition worsened and the rare tumor took her life hours later, the family found hope: "She wasn't in any pain at the end," her father wrote.

6,228 wildfires. Over 876,000 acres charred. At least 100 deaths. California was devastated by historic blazes this year which will likely impact the state for decades. In Northern California, the Camp Fire, the deadliest and most destructive in state history, killed nearly three times as many people as the Griffith Park Fire – a record that stood for 85 years. And the worst may be yet to come: According to a new study, wildfires in California may be more commonplace with the brutal combination of hot and dry weather linked to climate change. Meanwhile, homeowners affected by the deadly blazes face dilemmas on whether to rebuild in high-risk areas repeatedly ravaged by fires.