She also said she failed the field sobriety test because it's hard, demonstrating how she couldn't "even do it right now." 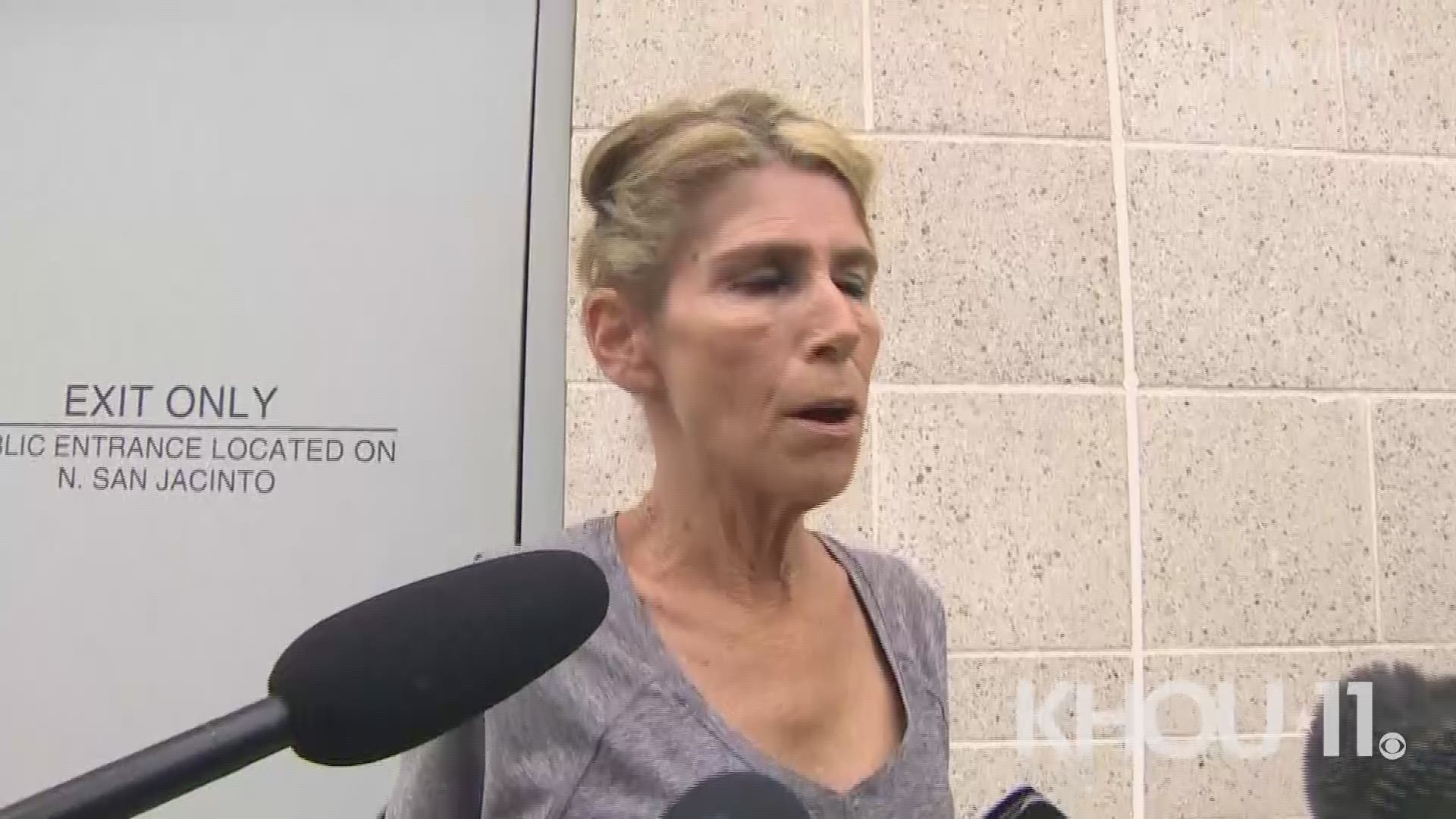 HOUSTON — The Houston-area school bus driver accused of driving while intoxicated with kids on her bus spoke to the media shortly after getting out of jail on Friday morning.

She was released after paying $100 bond.

She claims she wasn't intoxicated at the time of her arrest, but instead said she was sick.

"I got something from the school to eat, and it had made me sick - a doughnut," said Linda Sue Godejohn. "My stomach was just hurting so bad that my wheel feel off the - the thing, the curb. And that's all it was. And going at 45 miles per hour, it's gonna whip back."

She also said she failed the field sobriety test because it's hard, demonstrating how she couldn't "even do it right now."

She also said she wasn't on any drugs at the time, adding that she's a grandmother.

According to court documents, Godejohn was charged with driving while intoxicated on Thursday.

Credit: KHOU
According to court documents, Linda Sue Godejohn is charged with driving while intoxicated and is expected to be released Friday morning after paying $100 bond.

Godejohn told deputies at the scene that she did not feel well, but refused to be taken to the hospital.

Deputies obtained a warrant to test her blood and the specimen was delivered to the Harris County Medical Examiner's Office for analysis.

YES Prep released a statement saying the driver is employed by a bus vendor contractor, expressing frustration if the allegations are true.