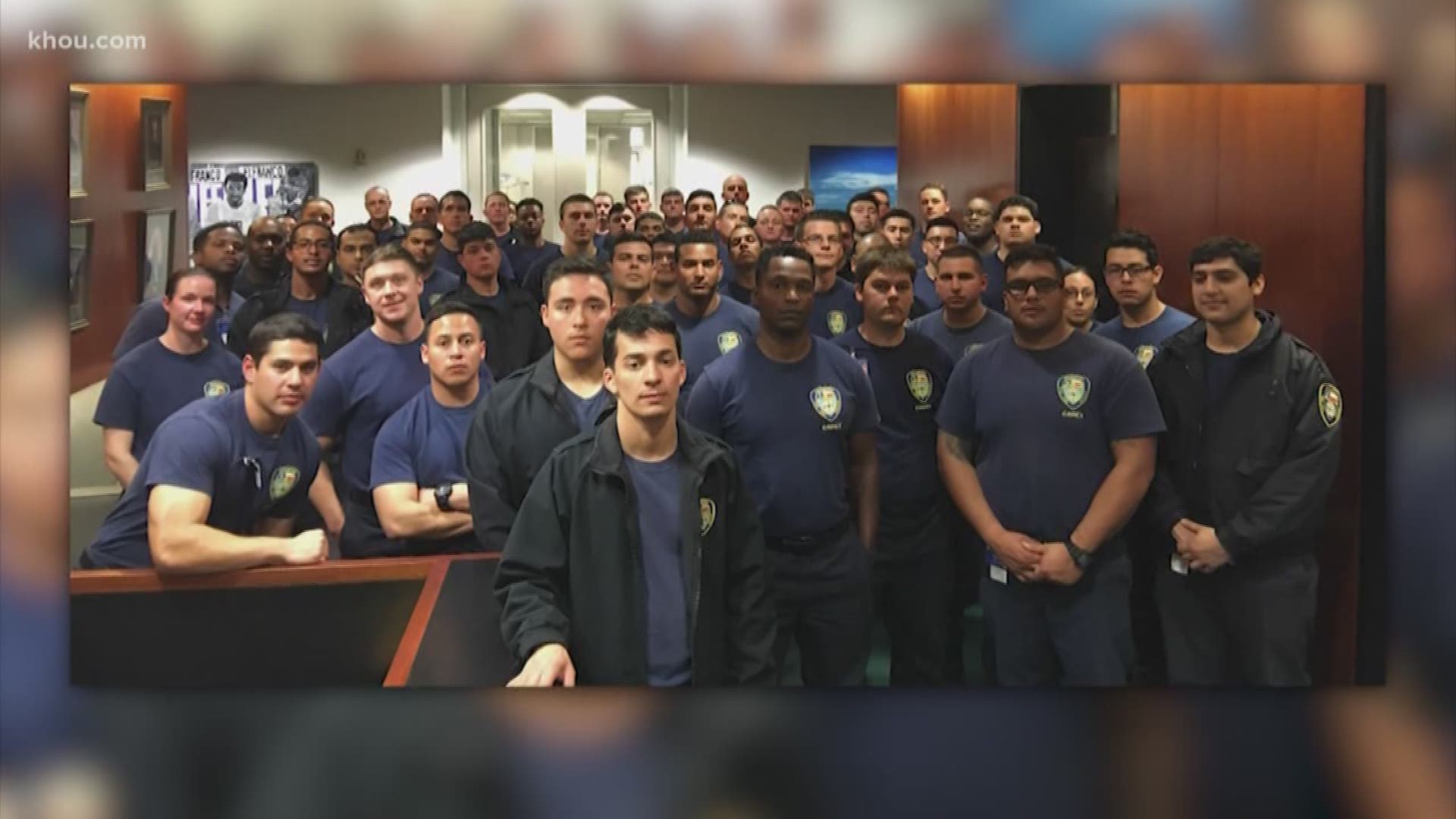 HOUSTON — More city workers were notified Friday they would be laid off as part of the fallout with Proposition B, a voter-approved measure that would increase pay to Houston's firefighters.

Forty-seven city employees received a 60-day notice of their lay off Friday. The employees range from parks and recreation, library, administration and regulatory affairs and health departments, according to the city.

Last week, 67 fire cadets received notice they will be laid off in 60 days. City officials said at the time that 47 municipal workers would also be notified of lay offs the following week.

As Mayor Sylvester Turner's office has noted, Prop B came without a funding source.

It adds to the city’s bottom-line an annual $80 million to $100 million obligation for firefighter pay raises, according to the mayor's office.

The city is also seeing a $117 million budget gap, added with the cost of Prop B.

Earlier Friday, Mayor Turner met with Marty Lancton of the firefighters' association to attempt to reach a phase-in agreement on Prop B.

The mayor says a phase-in would be in the city’s best interests, eliminating or reduce the need for layoffs.

Another meeting is planned for early next week.

Houston firefighters agree to resume Prop B negotiations ... with conditions