The 9.02 carat diamond is the second-largest diamond ever found in the park's history! 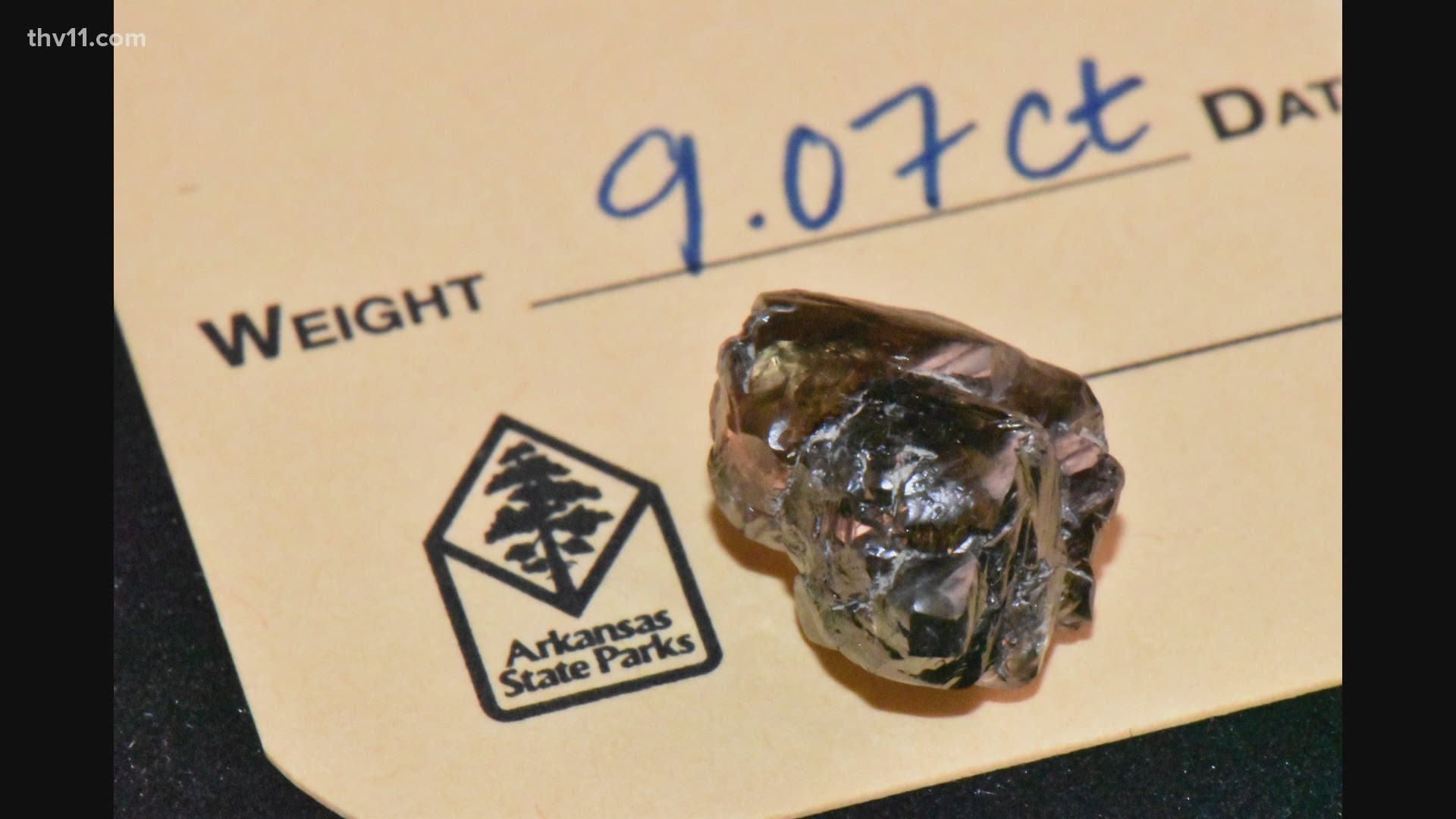 PIKE COUNTY, Ark. — Kevin Kinard visited Arkansas's Crater of Diamonds State Park and found the second-largest diamond to ever be found in the park's history.

Kinard and his friends brought supplies to wet sift through the park in search of diamonds, but after about 10 minutes he started just walking up and down plowed rows.

"Anything that looked like a crystal, I picked it up and put it in my bag,” Kinard said.

The 33-year-old had visited the state park regularly since second-grade and hadn't found a diamond.

Kinard picked up a marble-sized crystal that had a rounded, dimpled shape.

He said, “It kind of looked interesting and shiny, so I put it in my bag and kept searching. I just thought it might’ve been glass.”

Weighing 9.07 carats, Kinard’s diamond is the second-largest found at the park since the Crater of Diamonds became an Arkansas state park in 1972.

The only larger diamond found during that time is the 16.37-carat white Amarillo Starlight, discovered in August 1975.

Park Superintendent Caleb Howell said, “I always love to see the reactions and excitement of our visitors when they find large diamonds. When I met Mr. Kinard, it was immediately evident that he was shocked and speechless.”