Man on the mend after suffering shark bite off Crystal Beach 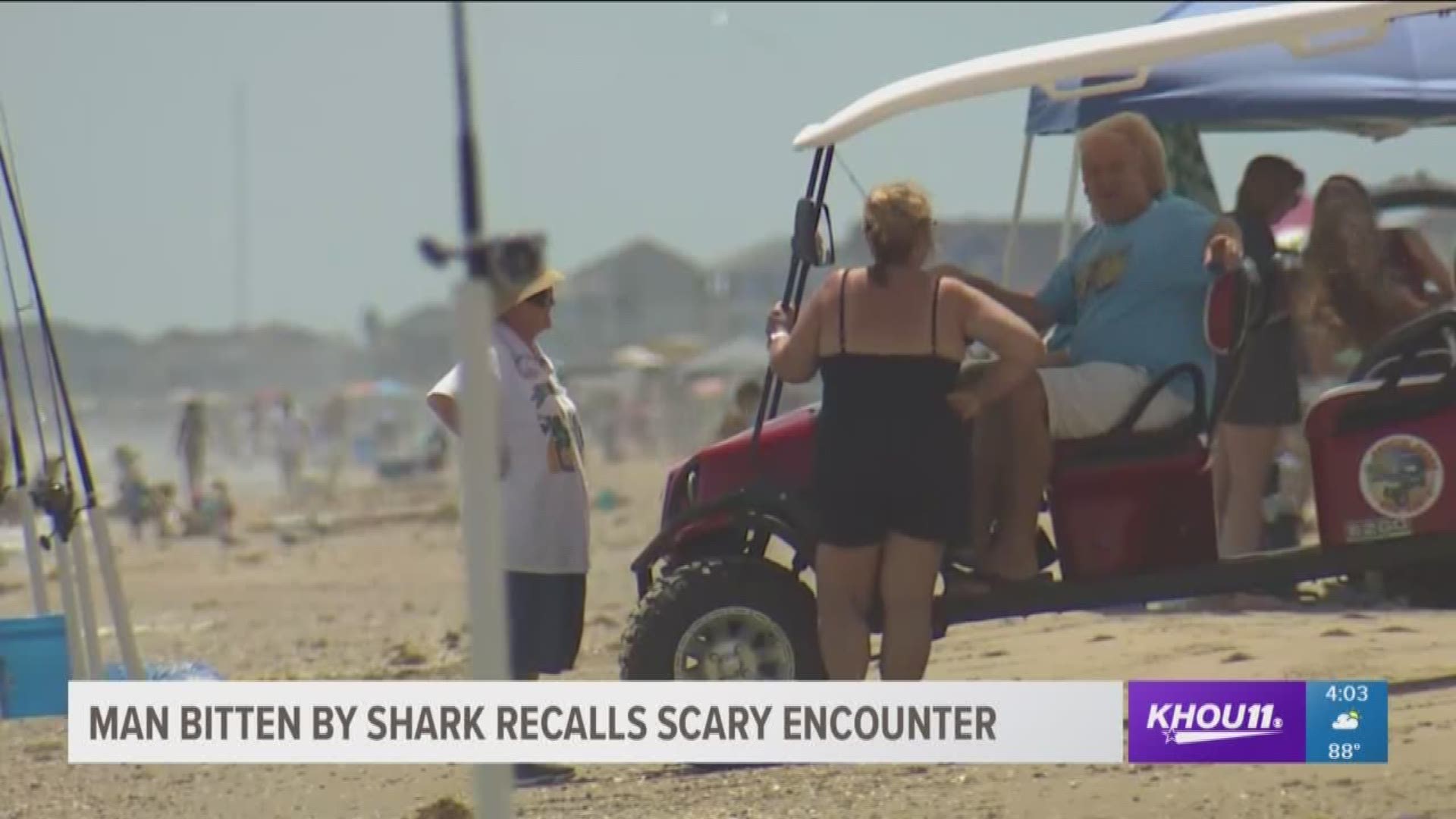 BOLIVAR PENINSULA, Texas — GALVESTON, Texas - A man who was bitten by a shark off Crystal Beach on Thursday is still recovering at UTMB.

Blaine Shelton, 42, told KHOU 11 on Friday he will stay at the hospital for the next several days as he finishes a course of antibiotics.

Shelton was swimming off Crystal Beach Thursday when he said he saw a bull shark about 300 yards away from him.

He said he saw it swimming toward him and then it chased him down before biting his leg.

Experts say bull sharks are known to be aggressive and territorial.

The bite was on his thigh and was non-life threatening. He was rushed to the hospital and reportedly told paramedics: "The shark bumped me. Then he wanted to taste me."

When asked if the bite hurt when it happened, Shelton said there was so much adrenaline in his blood, he didn't feel the pain until later.

He had been swimming off a sand bar near Stingray Road when it happened. After he was attacked, witnesses flagged down a deputy patrolling the beach.