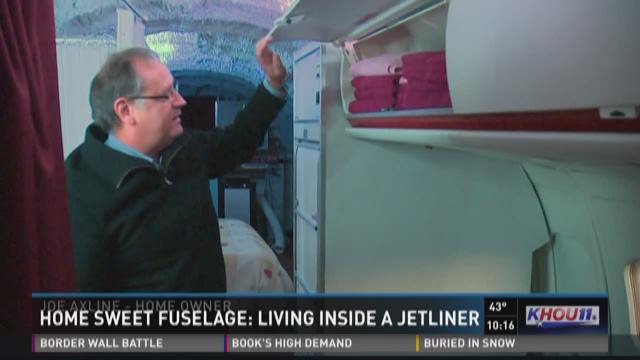 BROOKSHIRE, Texas - After years of living in every traditional house you can think of, one Brookshire man is now calling the inside of an airplane home.

"This is a McDonnell Douglas 80 and that's a DC-9 41," said Joe Axline. "There's lots of history in the planes. They're great planes."

Axline is living in the MD-80. He's planning to convert the DC-9 former Spirit Airlines plane into a movie room and arts and craft center next.

It's all part of what Axline calls Project Freedom.

"I've had five homes--brand new homes built from the ground up and anywhere from 2,000 to over 4,000 square foot. I've had one on a lake," said Axline, who also lives on an airfield.

On Friday, he showed KHOU 11 inside the plane he's living in, it still has overhead bins and all the features of a traditional airplane bathroom.

After the Spirit plane is done, Axline said he plans to build a control tower to connect the two planes.