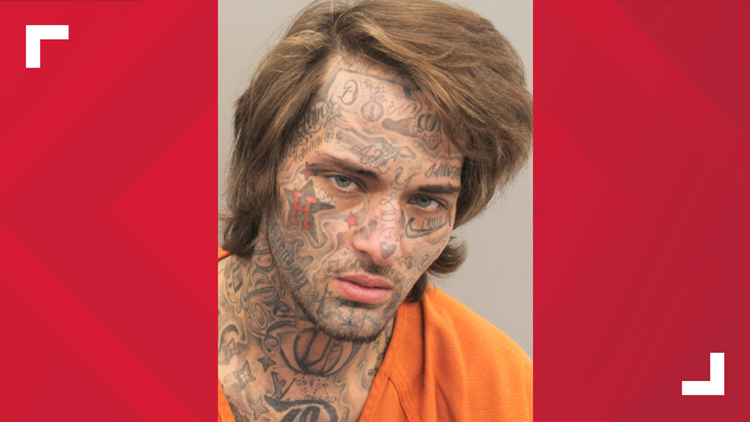 HOUSTON — Hours before the remnants of Tropical Depression Imelda inundated Houston with record amounts of rain, a man carjacked a woman off the Southwest Freeway and drove around with her before being chased by police and ultimately arrested.

Grayson VanRheen, 27, is facing charges of aggravated assault with a deadly weapon and evading arrest following the incident, which began around 2:30 a.m. on Thursday.

Police investigators said VanRheen was holding a pistol when she approached a woman in the 980 block of Southwest Freeway and demanded she get into her car.

He drove around with the woman for several minutes, investigators said, before Houston police spotted the car because it had an expired registration sticker.

VanRheen sped off and was chased for several minutes before bailing from the car. He was arrested in a nearby apartment complex parking garage.

The woman is OK, police said.

Thursday's arrest was not VanRheen's first brush with law enforcement.

In 2013 VanRheen was charged in connection with what Houston police at the time called a drug deal gone bad -- an incident that left another man shot.