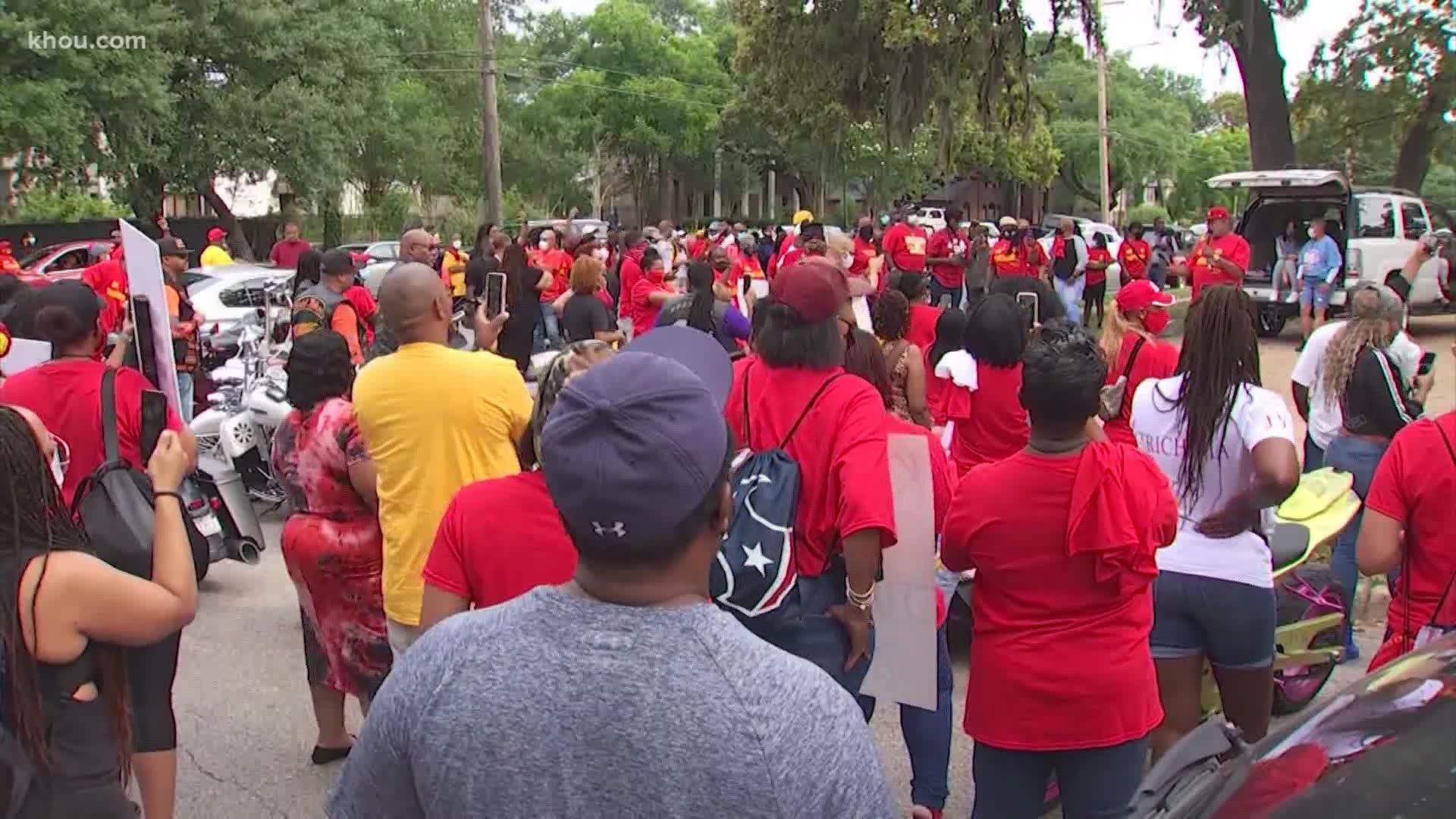 Dozens gathered in the middle of the park -- on foot and on motorcycles -- to honor their classmate who died in Minneapolis when an officer, identified as Derek Chauvin, kneeled on his neck for nearly 11 minutes in an attempt to detain him.

Those who attended wore Yates' school colors and shirts that read "I Can't Breathe," which are some of the last words Floyd said before he died.

Those unable to walk followed along in their vehicles.

On Friday, hundreds gathered in downtown Houston to demand justice for Floyd. The rally started at 2 p.m. and went on for nearly 11 hours.

Nearly 200 people were arrested during the rally. Many of those will be charged with obstructing a roadway, according to the Houston Police Department.