School board members unanimously approved the proposition, but some alumni disagree with the decision. 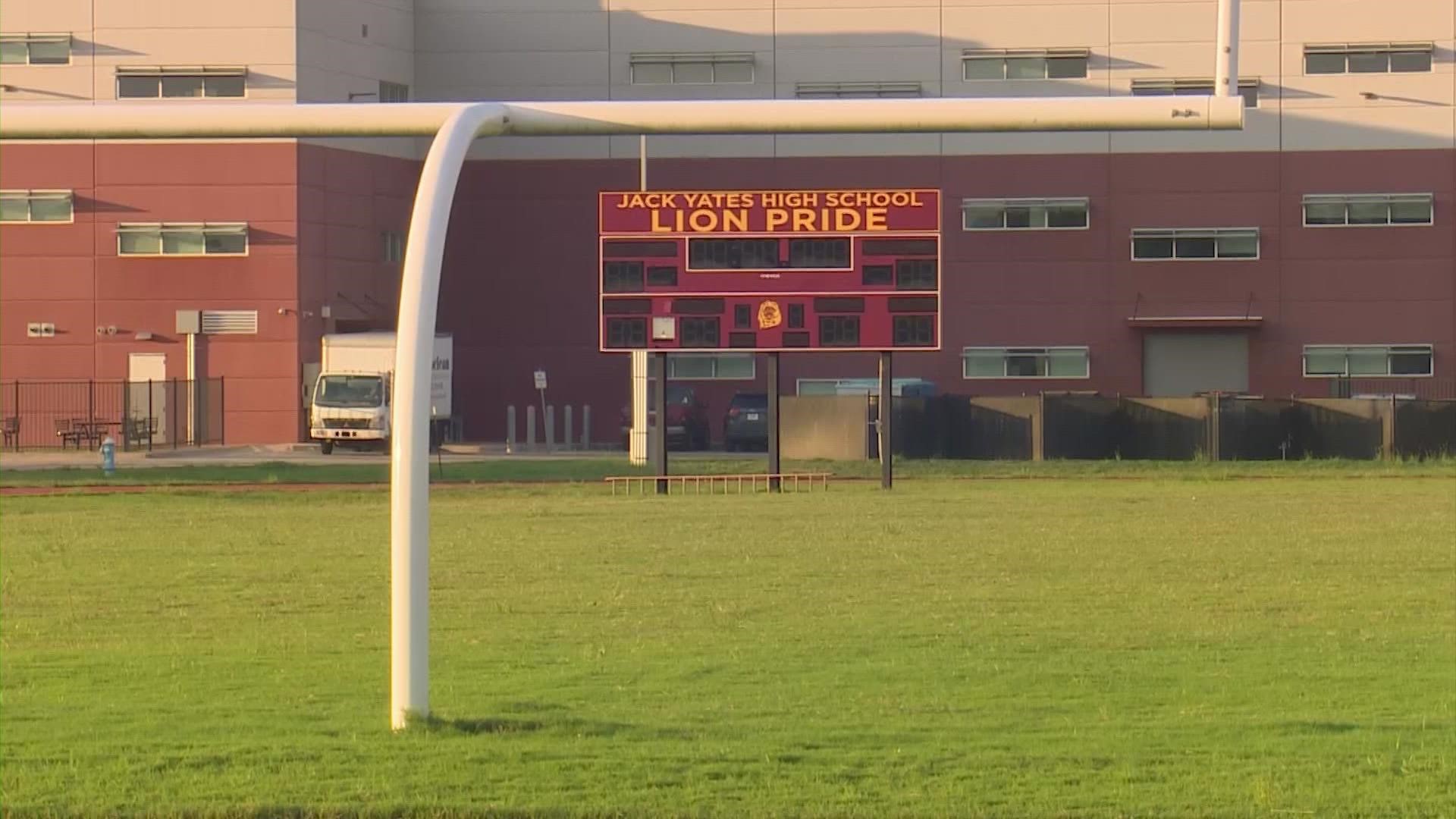 Although all board members supported naming the field after the former Yates High School graduate, not everyone else did.

“Don’t matter what you vote tonight. It ain’t going to be that name when it’s all said and done,” said one member of the Yates Alumni Association. “Don’t disrespect my legacy.”

Yates graduates who also played football at the school many years ago challenged naming the field after Floyd.

“it doesn’t sit well with the rest of the community. The older generation especially,” one graduate said. “And we feel like too many other legacies that Jack Yates had in the past are overlooked.”

Others said members of the community were solicited by HISD and voted in favor of naming the field after Floyd.

“It is also the will of the community to name it after our alumni George Perry Floyd, and what he stood for,” one woman said. “A shining example of what can happen when you’re from the ‘Tre.’”

The high school is named after Houstonian Jack Yates, who was a former slave who became a leader in Houston’s Black community after the Civil War.

“He’s one of the first Black leaders that Houston’s ever had,” his great-great-great-granddaughter Jasmine Terry said. “He actually made a huge impact in Houston and the African American community.”

Terry was asked by her family to attend the school board meeting, which she says they learned about at the last minute.

“We don’t mind working with the community leaders but we want Houston to remember that his lineage still lives here,” she said.

“I’m not surprised because a lot of people wanted the stadium to be named after them,” Felonus Floyd said. “There were a lot of great leaders that came out of Yates. For them to choose my brother, I feel good about it.”