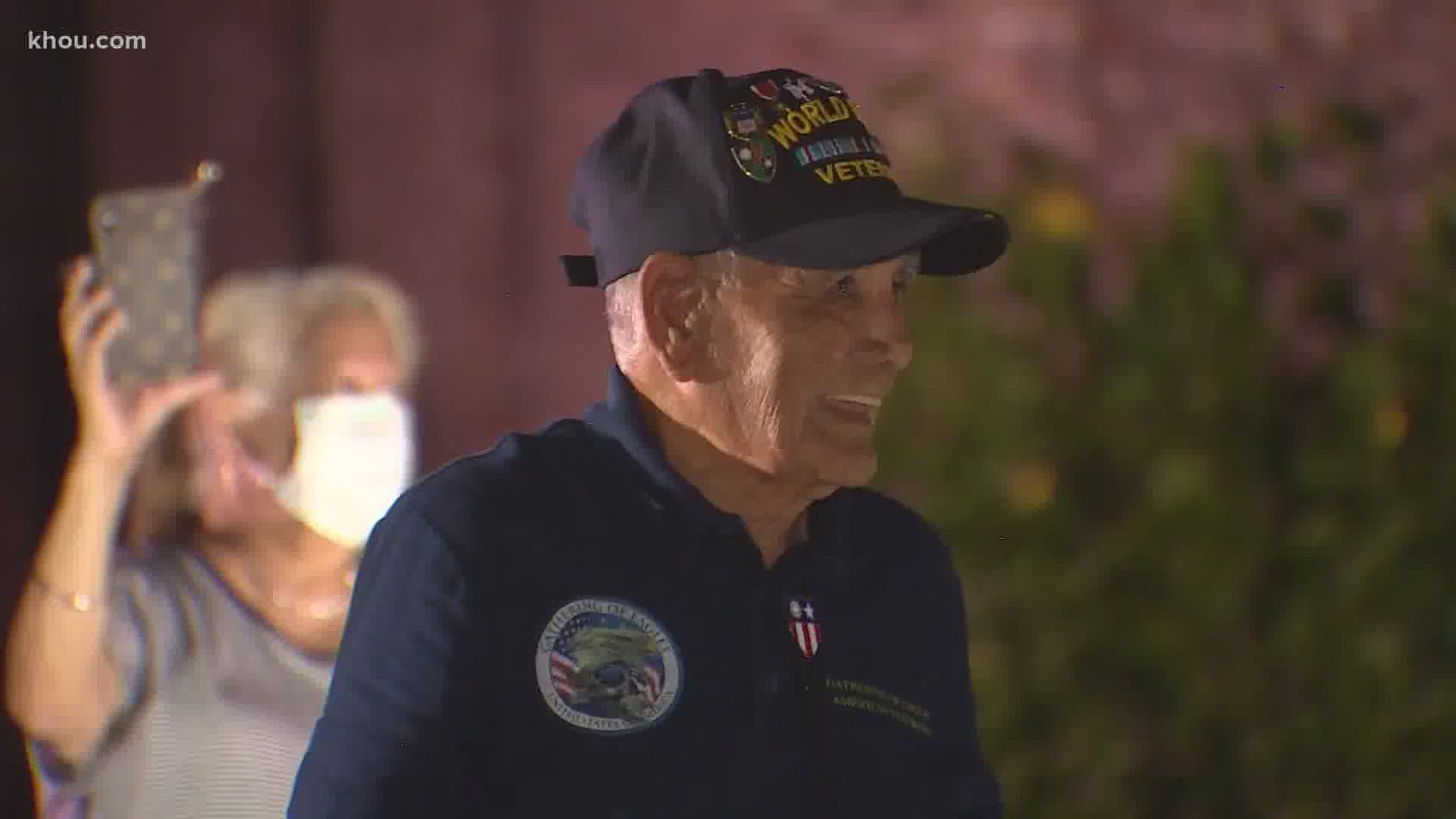 HOUSTON — A Houston-area World War II veteran got a big birthday surprise Wednesday night. It was a massive pop-up "Veterans Day/Birthday" parade made for one of the best surprises 96-year-old Army veteran Victor Moreno has ever had.

"This is better than when I got discharged," Moreno said. "This is something that I’ll never forget.”

Law enforcement officers, first responders and total strangers lined up for a parade that was just for him.

"How do you thank so many great people that took time to do this," Moreno said.

The parade was organized by Nathan Wilkes, who first met Moreno on board an honor flight to visit the World War II Memorial in Washington D.C.

“It turned into something way bigger than we had ever thought," Wilkes said.

"He still mows his lawn and does everything," Wilkes said. "He’s a really amazing guy.”

Moreno is among the little more than 325,000 surviving veterans of WWII.

The National WWII Museum reports the US loses almost 300 service members of the "Greatest Generation" each day.

Moreno still remembers his experience overseas from 77 years ago.

"We walked about 279 miles over the Himalaya Mountains," Moreno said. "Just what we could carry on our back and a mule."

Moreno was 19 when he enlisted.

"Yeah, it was rough," Moreno said.

But Wednesday was more important for the veteran than in the past. He is grateful so many people remembered and grateful that so many care.