A World War II sailor who out-survived his family won’t be buried alone. 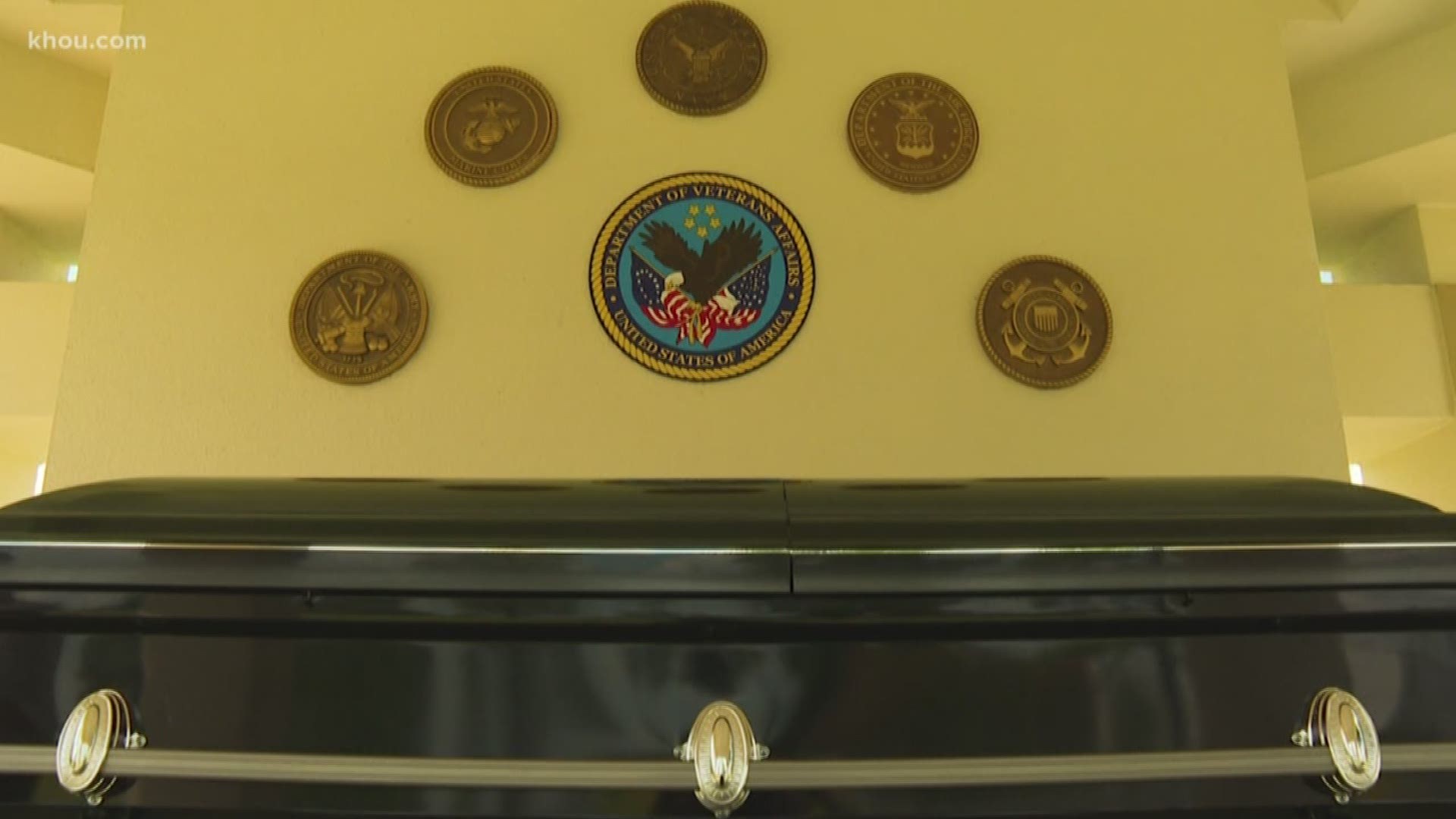 HOUSTON — The saying goes, we all die twice: Once when you stop breathing and a second time, a bit later, when somebody says your name for the last time.

In a quiet cemetery service on Wednesday, a handful of people paid respect to a stranger they’ve never even seen a picture of.

Clarence Dean Johnson was born Aug. 10, 1924. At the age of 19, he enlisted in the Navy and fought in World War II. The sailor survived fighting in the Pacific then he came home and out-survived his loved ones.

“When they out-live their family, we become their family,” said Patriot Guard rider Stephen Cox. “Most of us have served and we understand the sacrifice this person made.”

Johnson took his last breath in a nursing home outside of Lufkin, Texas. McNutt Funeral Home staff knew they didn’t have an obituary picture, but they did have a Navy hat and a service record.

The funeral home director called Jordan after finding Johnson’s service record and explained that the sailor didn’t have family or friends to attend the ceremony at Houston National Cemetery.

Fifteen minutes after 1 p.m. on Wednesday, the riders escorted Johnson’s remains to his permanent resting place.

Their presence during the ceremony guaranteed that Clarence Dean Johnson’s name lives on.