The Grand Parkway is expected to be shut down for several hours as officials investigate. 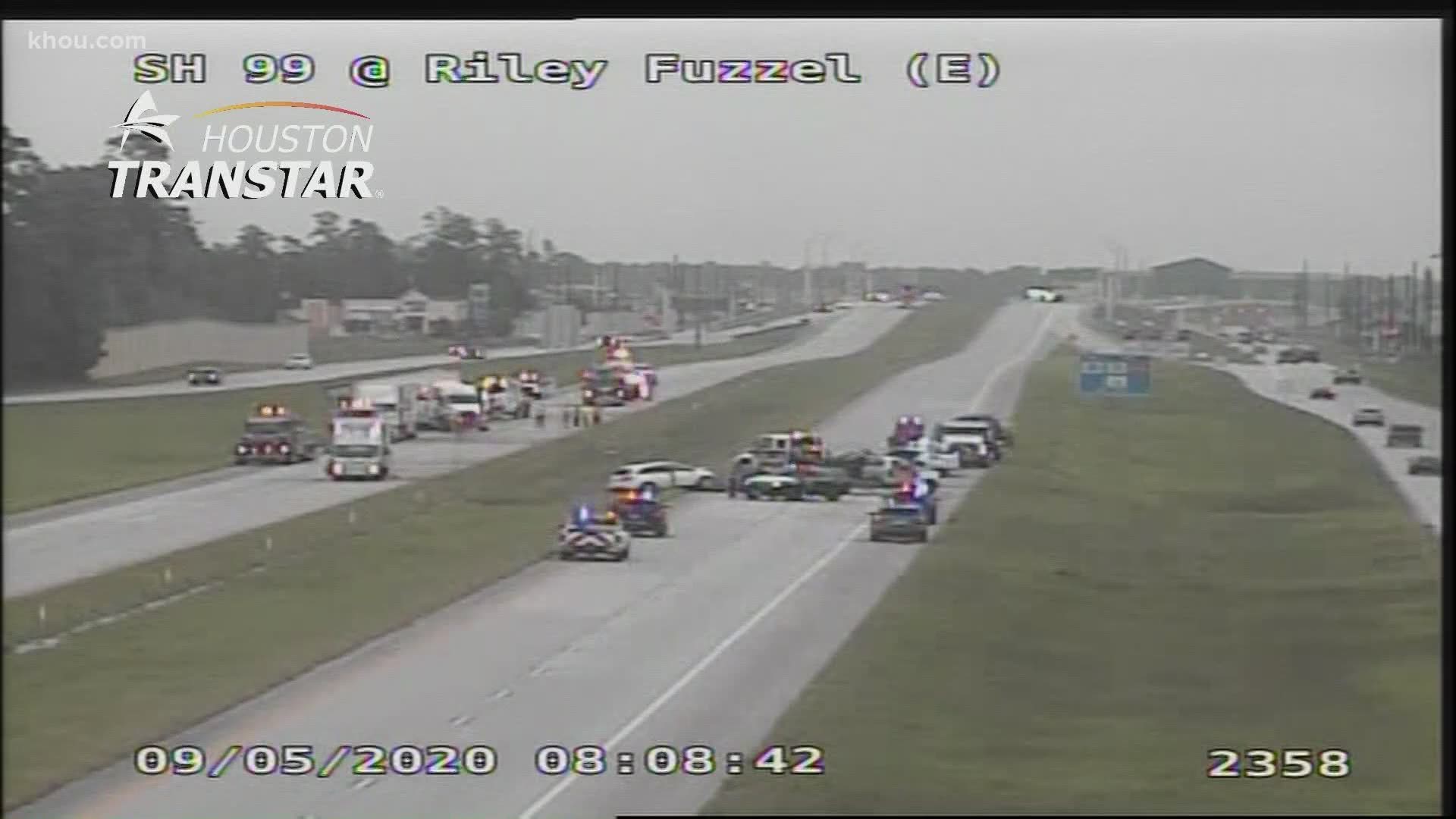 HOUSTON — At least one person is dead and another critically injured after a head-on collision early Saturday involving a wrong-way driver on the Grand Parkway, according to the Texas Department of Public Safety.

The crash happened about 3:30 a.m. near the Riley Fuzzel exit in the north Spring area.

Investigators said a white SUV was going westbound in the eastbound lanes when it hit a car head on, trapping and killing that driver.

Moments later, a FedEx 18-wheeler, which was driving behind the car, slammed into an engine block left in middle of the road from the first crash.

Investigator said the truck driver lost control and ran into the center lane cable barrier, causing the 18-wheeler to stretch across the westbound lanes of the parkway and part of the load to rollover.

According to officials, the wrong-way driver is in critical condition.

The Grand Parkway is expected to be shut down for several hours as officials investigate.