Investigators said one of the officers was trapped inside the vehicle, which had crashed into the front of a closed bar, when emergency crews arrived. 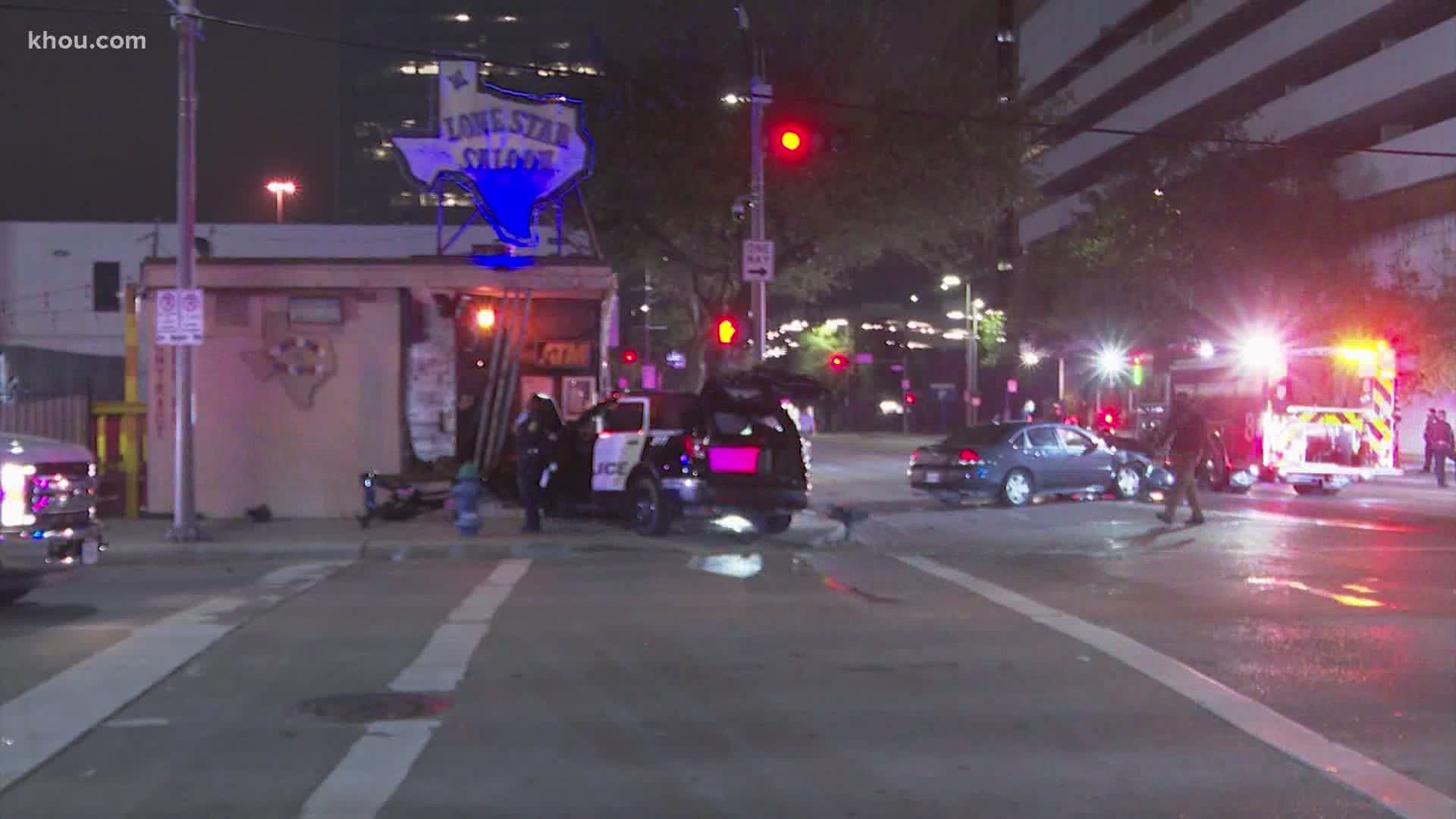 HOUSTON — Two police officers are hospitalized with non-critical injuries after being hit by a wrong-way driver Friday night in downtown Houston, according to investigators.

It happened about 11 p.m. at the intersection of St. Joseph Parkway and Travis Street.

Investigators said the HPD unit was smashed and pinned into the front entrance of a downtown bar while passing through a greenlight. Fortunately, the bar was closed at the time, Division Chief Sean Teare of the Harris County District Attorney's Office said.

The suspect driver most likely didn't see that she was driving through a red light since she was going the wrong-way on a one-way street, Teare said.

When emergency crews arrived, one of the officers were trapped inside the unit. Both officers were taken to the hospital and are expected to survive, police said.

Teare said the other driver was taken to the hospital with minor injuries and is currently being evaluated. He added that she admitted to having a few drinks before the crash. He said she showed minor signs of intoxication at the scene, but it's too early to determine what charges she will face in the incident.

The crash is still under investigation.