The driver deputies say was going the wrong way was taken to the hospital with serious injuries. 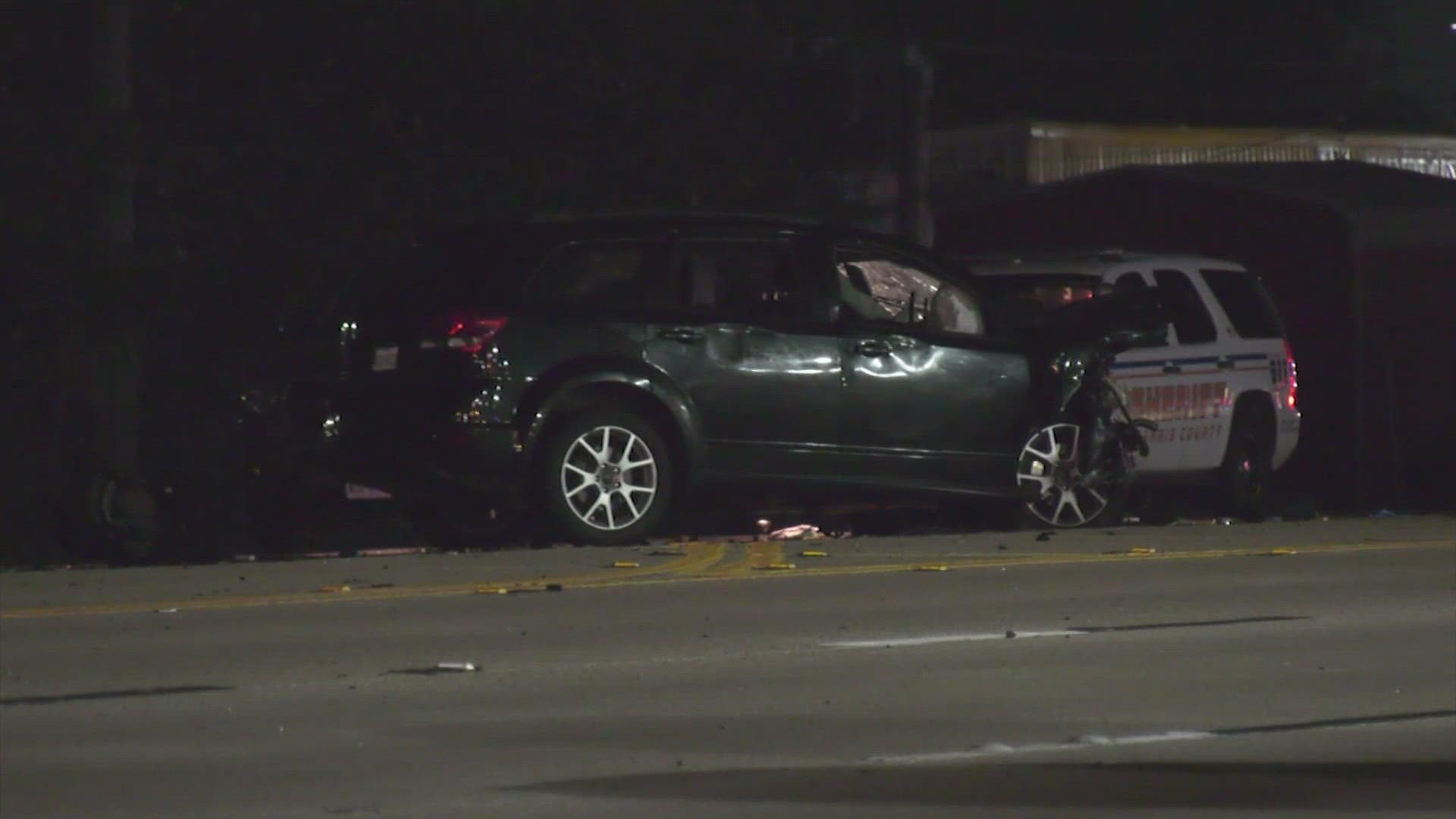 HARRIS COUNTY, Texas — One person is dead after an alleged wrong-way driver on SH-249 hit multiple vehicles late Saturday in northwest Harris County, according to the sheriff's office.

The call came in about 9:45 p.m. in the 14700 block of the highway, between Hollister Road and Seton Lake Drive.

Investigators said the driver of a Dodge Journey was going northbound in the southbound lanes of 249 when he clipped the front end of a Toyota Matrix.

Another driver in a Toyota Tundra tried to avoid the Dodge as it passed, but they struck the Toyota Matrix, killing the driver inside.

The Dodge kept going in the wrong direction until it hit a Honda Accord, according to deputies.

.@HCSO_D1Patrol deputies responded to a major accident involving two vehicles at Seton Lake Dr and 249. A person was pronounced deceased by EMS. Our Vehicle Crimes Unit investigators are en route. All lanes of 249 are shut down. Please seek alternative routes. #hounews pic.twitter.com/wRvphc2D30

When officers arrived, deputies said the wrong-way driver was taken to the hospital with serious injuries. The Toyota Matrix driver was pronounced dead at the scene.

The Honda and Tundra drivers were not injured.

The Harris County Sheriff's Office is waiting for the results of a toxicology report to determined if the wrong-way driver was intoxicated.

No other details have been released at this time. the crash is still under investigation.