Tedria Fluellen, 51, has been charged with sexual assault of a child after HISD police investigators said the teacher's assistant assaulted a student. 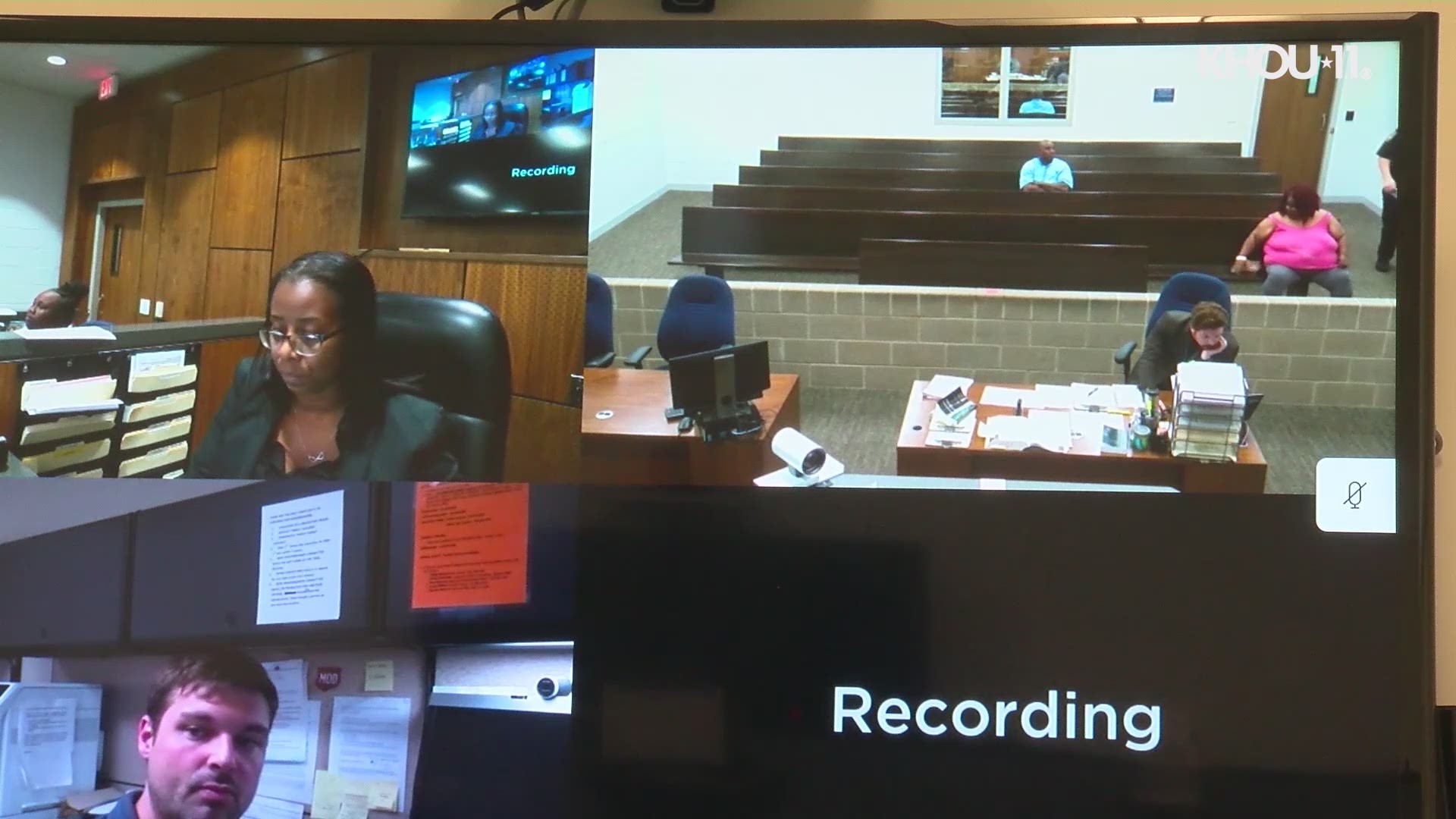 HOUSTON — A Houston Independent School District teacher has been charged after investigators say she had a sexual relationship with a student for more than a year.

Tedria Fluellen, 51, identified in court records as being a teacher's assistant, is currently charged with sexual assault of a child under 17.

According to court documents, the victim said the abuse started in 2018 when he was 16. The victim said he met Fluellen when he was attending Worthing High School. He also attended the same church with Fluellen. He told investigators he would sometimes go to Fluellen's house to do things and help her get things out of her storage unit. He said he'd known her for 2 to 3 years.

The victim told investigators that more than a year ago, Fluellen allegedly told him, "You don't have to be gay," before making a sexual advancement.

The court document states the victim and the defendant had sex four times: at the victim's home, Fluellen's public storage unit, her home, and at Worthing High School between 7 a.m. and 7:30 a.m. in the morning, in the defendant's vehicle.

In one of the assaults, the victim told investigators that Fluellen assaulted him while his grandmother had gone out of town to Louisiana. Fluellen "fixed his cousin a drink with champagne and told the [victim] 'it's going to knock him out,'" per court documents. The drink was said to have been a mix of Sprite, Coca Cola, champagne, and some medication, according to the victim.

Fluellen is accused of giving the victim a Metro PCS CTE for his birthday.

The victim's grandmother told investigators she felt something was wrong, so she checked his cellphone. She said she found sexually graphic text messages between him and Fluellen and called 911. She also reported the texts to HISD police.

When investigators spoke with Fluellen, she said she told the victim that this "not the lifestyle" and said that another student was trying to "turn him out." She said the victim had started calling her "momma." She also admitted to police she had a public storage unit located in Pasadena. When she was confronted about the cellphone she allegedly gave to the victim, and the sexually explicit texts between them, she told authorities the texts should have gone to her boyfriend. She told authorities she had given the victim a cellphone in August and that the phone was on her account. When asked by investigators if she'd had sex with the victim, Fluellen "stalled" before stating she'd had sex with the victim in her storage unit, according to court documents.

Fluellen went before a judge late Friday night where her bond was set at $40,000. As of this writing, she remains in Harris County jail.