After being attacked in L.A. in the '70s, Lois Gibson dedicated her life to drawing sketches to help ID violent criminals and bring closure to victims' families. 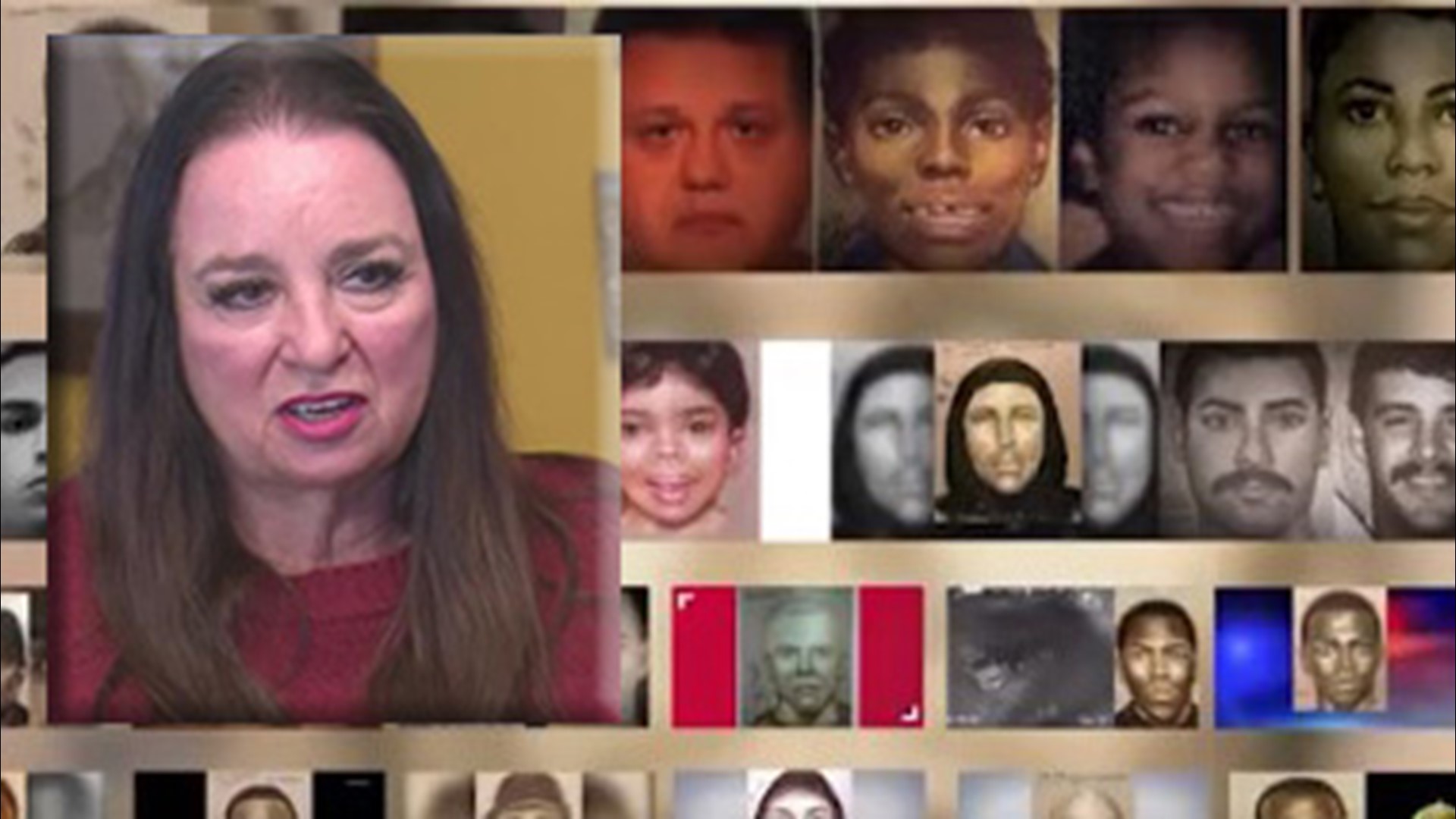 HOUSTON — Houston Police is losing one of its secret crime-fighting weapons. The woman who has helped crack Houston's worst crime cases since 1982 is retiring.

Lois Gibson sat down with KHOU 11 to talk about her career and the legacy she leaves behind.

"Today was the day I walked out," Gibson joked. "They took my badge, and I don't have a gun."

Gibson has never needed a gun to help bring down the bad guys.

For nearly four decades, it's been her art that's made the difference -- 5,089 sketches in all.

"I obsessively keep track," she said.

Gibson's drawn the faces of Houston criminals, kidnappers, killers and rapists, all made from witness statements. And the results speak for themselves.

It's a world record for IDs, and they've all left a lasting mark.

"Every single case, you can't forget any of them," she said. "They all stab you in the heart."

Gibson's passion to help police catch their suspects began long before she joined HPD as an aspiring actress in California.

"The reason I do this is someone tried to kill me when I was 20 years old," Gibson said.

She survived, left Los Angeles, studied art and used her pain to fuel the purpose behind each of her sketches.

"I love this job. Part of me never wants to leave," Gibson said.

But now's the right time, she said. She's still painting, but now what's on the canvas is changing.

She may be retired, but her passion to help victims still burning inside her. If they need her, she said she'll be ready.

"There's going to be some cases if I hear them on TV, I'll start scream until they call," Gibson said. "I've done that, just thinking you've got to call me now."

Gibson tells KHOU 11 HPD has a deep bench of promising forensic artists. She's trained four of them herself over the years, and they're ready to put those lessons to work for Houston.