The man was killed when an 8-foot-deep trench collapsed at the intersection of FM 2218 and Bryan Road. 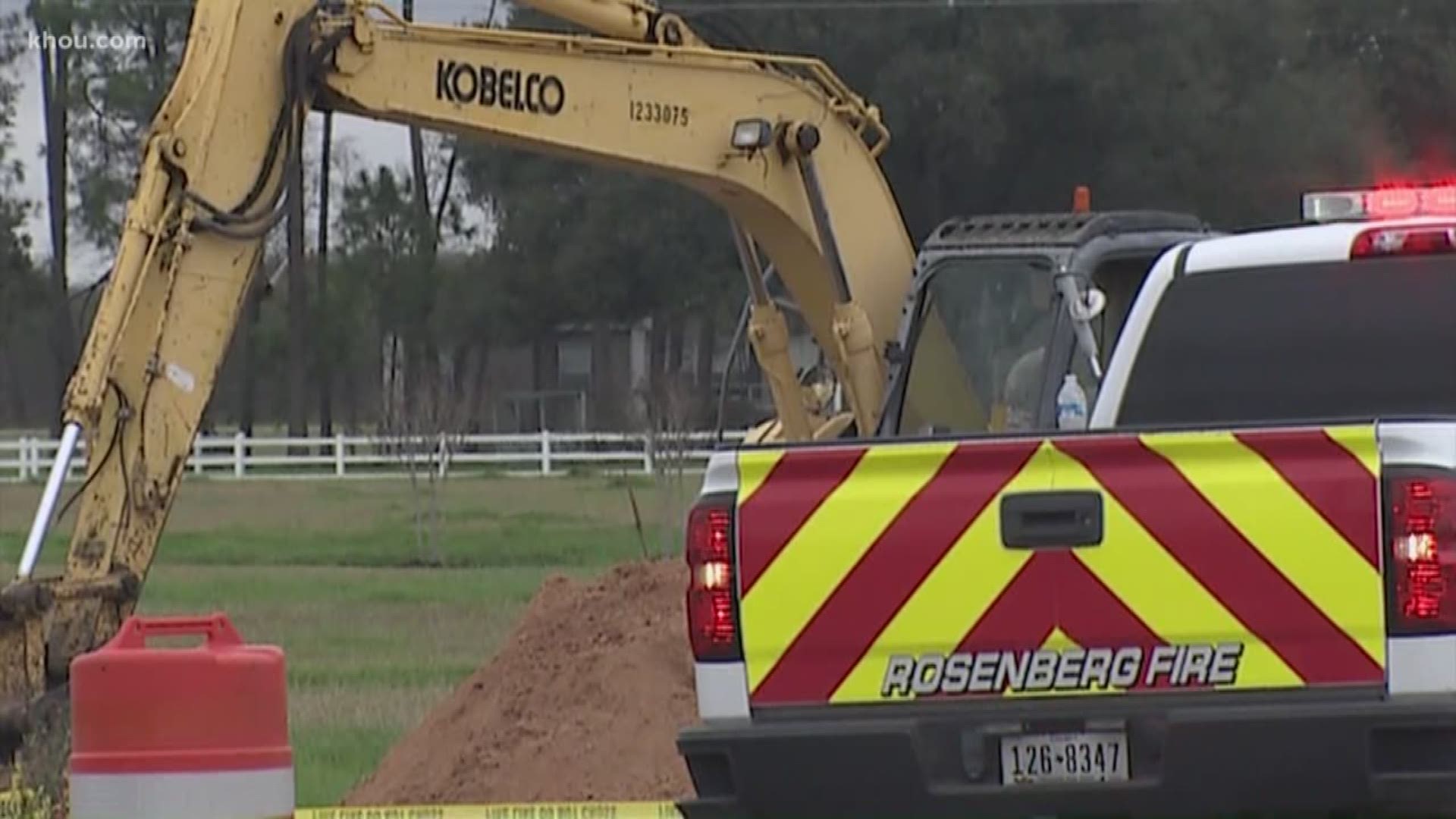 ROSENBERG, Texas — A worker died Wednesday after he was trapped in a collapsed trench in Rosenberg.

Attempts were made to rescue the man from a trench on FM 2218 at the intersection of Bryan Road, but they were unsuccessful.

Around 12:23 p.m., authorities said, they received the call about the trapped worker. At about 12:32 p.m., the worker was pronounced dead. Rescue crews were on the scene about five minutes after the initial call.

The worker was trapped about 8 feet deep in the trench. Authorities said the three-man utility contract crew was installing lines in a ditch when the dirt caved in.

FM 2218 was expected to be closed between Bryan Road and Danzinger Road until about 5 p.m.

The worker's family was notified of his death, but his identity is not being revealed to the public at this time.

No one else was injured in the incident.