Nearly half of the woman accusing the Texans' quarterback appeared in person or by Zoom. 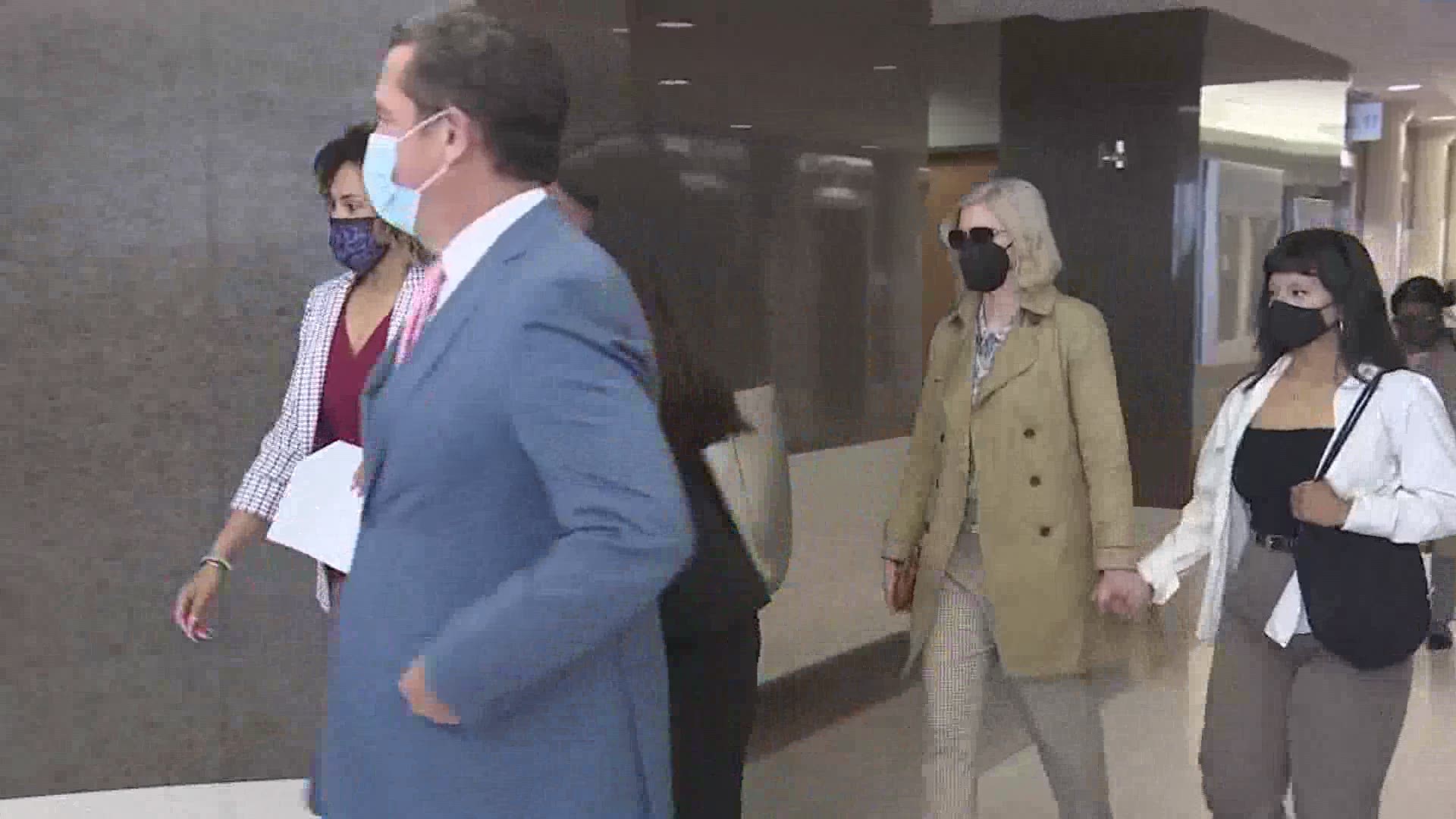 HOUSTON — Texans quarterback Deshaun Watson is facing lawsuits from 22 different women who all accuse him of similar sexually inappropriate behavior.

On Thursday, nearly half of them appeared together in court for the first time. They all accuse Watson of similar behavior -- from exposing himself to sexual assault.

The court appearance was a standard status hearing. The judge wants the two parties to agree to some sort of case management going forwards and submit their agreement to her by May 7.

Tony Buzbee is representing the women. He said six were physically in the courtroom and four appeared by Zoom.

“They’re here because they’ve been called liars and they’re not liars,” Buzbee said.

Some of the women say Watson would ask for a massage and then force them to perform sexual acts.

Rusty Hardin is representing Watson. He filed a legal response that accuses some of the women of lying in their lawsuits in an effort to get money. Hardin said some of the women bragged about their encounters with Watson and another tried to date him.

RELATED: Some Watson accusers bragged about encounters, according to legal response filed by Rusty Hardin

Both parties are accusing the other of destroying evidence.

“Deshaun Watson has unsent a lot of his direct messages on Instagram. We’ve raised that issue before, and we’ll deal with it when the time comes," Buzbee said.

Hardin denies that Watson deleted the messages. He also claims some of the women were altering their social media accounts.

Hardin said he still doesn’t know the names of four of the accusers, which is putting them at a disadvantage.

“I’ve never ever experienced where six weeks after the lawsuits are brought, we still don’t know who all of them are. So in that sense, it’s unusual," Hardin said.

Buzbee said Hardin asked him to turn over the social security numbers of the accusers, which Buzbee said he’s never had to do before.

What does it mean?

Criminal defense lawyer Jed Silverman analyzed what potential jurors who were watching the accusers could mean for the case.

“It’s just been my experience that burden of proof has a tendency of getting lowered by juries when you have multiple alleged victims, or plaintiffs, coming forward and making carbon copy allegations,” Silverman said.

Watson has maintained his innocence and said any sexual encounter he had was consensual.

Silverman believes Hardin’s strategy will be to try to unravel each plaintiff’s case.

Because they are civil lawsuits, a jury will not decide on guilt or innocence, rather if damages should be awarded. However, Silverman said that if it’s found that a plaintiff has fabricated a story, they could face perjury charges.

In the court of public opinion, many people may have already made up their minds, but with a case that could take months if not years. Silverman advises patience.

“In a cliffhanger case like this, where there is so much at stake and tables can be turned instantly, I think we all need to keep an open mind. Follow the story, it’s an important story, and see where this road takes us,” Silverman said.