Lanell James said she and her husband Lamar were moved to tears. 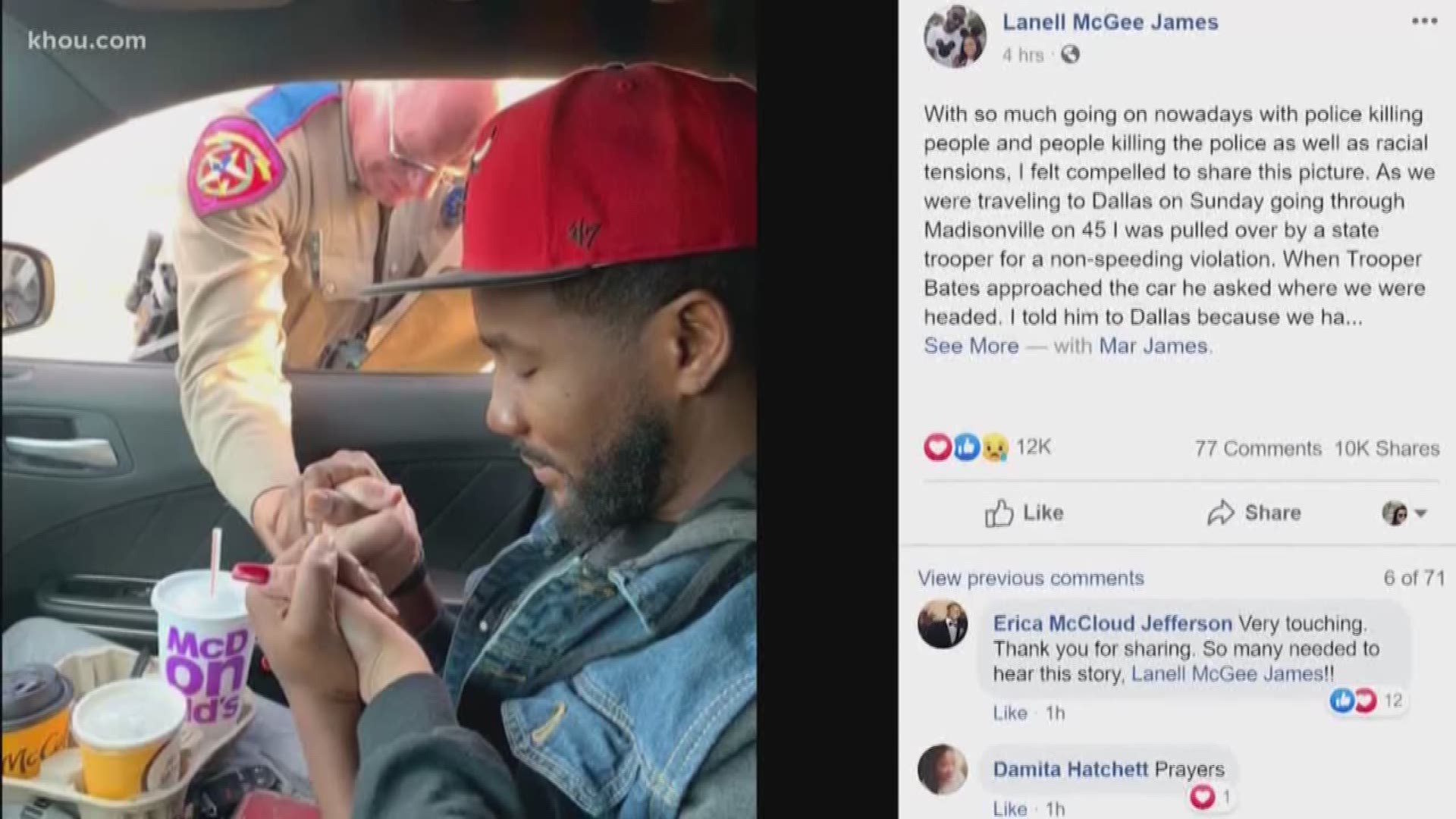 CONROE, Texas — When Lanell McGee James' husband Lamar's brother died suddenly, the Conroe couple dropped everything and got in the car to drive to Dallas.

"As we were traveling to Dallas on Sunday, going through Madisonville on 45, I was pulled over by a state trooper for a non-speeding violation," Lanell James, a middle school teacher, said.

She said Trooper Ross Bates asked them where they were headed. She told him Dallas because they had a death in the family.

Lanell said she and her husband Lamar were moved to tears because the death of his younger brother Courtney James' was very unexpected.

RELATED: 4-year-old who prayed for new heart now praying for family whose sacrifice allowed her to live

She said Bates asked for her ID and returned to his vehicle.

"He came back with a warning and asked if he could pray with us," she said. "He removed his hat, asked to hold our hands, and he prayed with us. I have never had this happen before but it was everything that we needed in that moment."

Bates just became an ordained Christian deacon and keeps a bible on top of his center console.

"Thank you so much, Trooper Bates, for praying with us," James said.

"There’s just so much in the news with the negativity and the police killings and the racial tension -- it’s a lot," said James.

KHOU11 reached out to 16-year Texas DPS veterans Ross Bates. He was unavailable for an on-camera interview on Tuesday, but sent us this statement:

While I was on patrol on Sunday, I met a family in need. They were mourning the unexpected loss of a loved one, and I am humbled that my actions had a positive impact on their lives during this difficult time. As a State Trooper, I’ve met many people who have shared their stories with me. Often, I don’t hear about the impact I’ve had on them. I am truly humbled by the kind words of Mrs. James, and I will always be grateful that our brief interaction had a positive impact on their family.

"I want to give him the biggest hug," said James. "Because he just does not know how much that made our day. It did. It was everything."