She hopes to one day be reunited and thank him in person for saving her life. 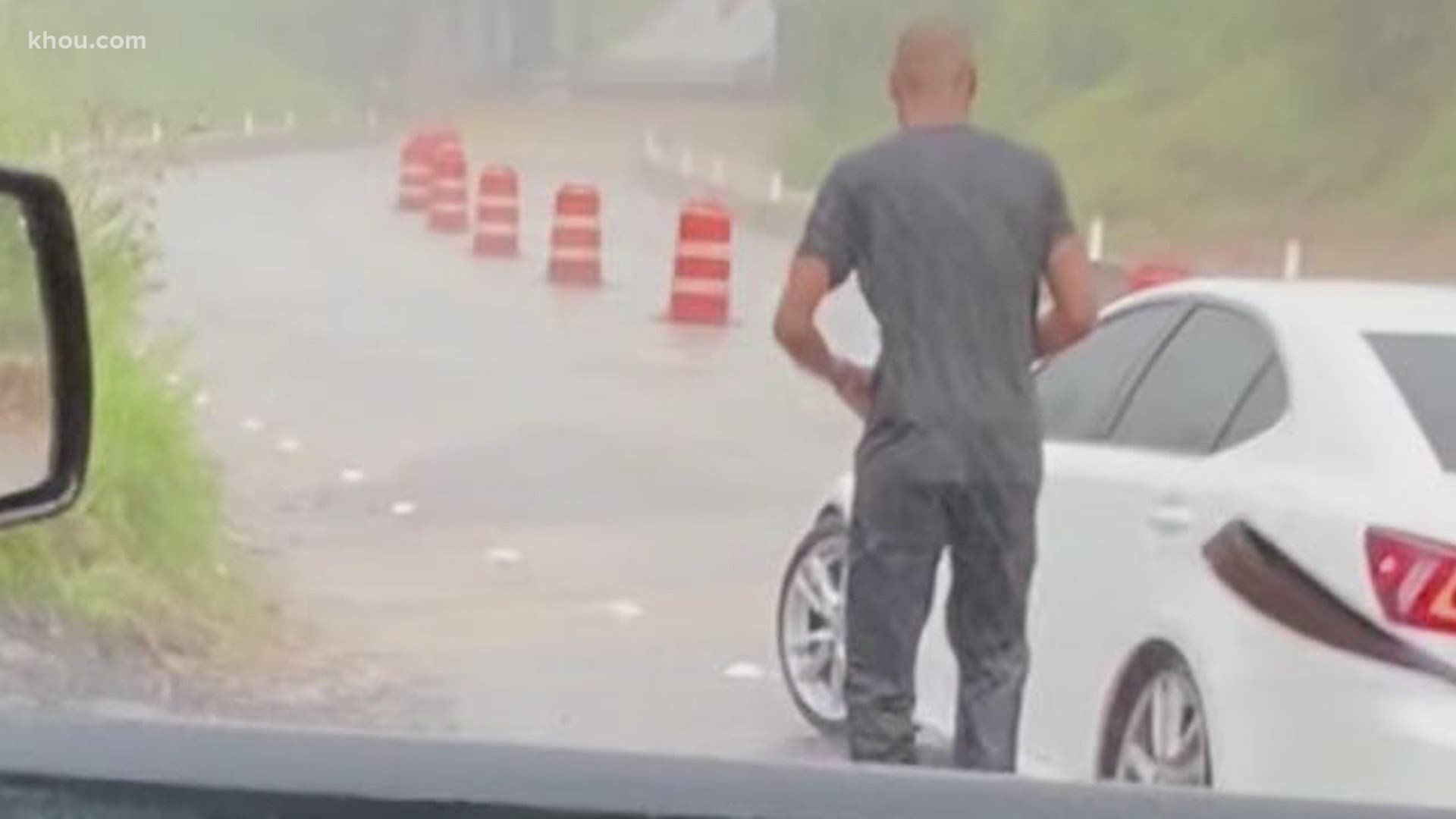 HOUSTON — Two good Samaritans helped save the life of a woman Tuesday morning. Now the woman hopes she can find and thank one of the heroes that jumped into action to pull her to safety.

The incident happened on Tuesday morning.

Melba Reyes said it was a rainy morning, and she didn’t see the water accumulate at the bottom of the underpass near on Hempstead Road near Old Katy Road.

Within seconds of driving through the underpass her car was under water. She said she felt like she was going to die.

Luckily, a good Samaritan driving by saw everything unfold.

"As I saw her car go down, down, down, I knew she needed to be rescued," Lauren Spradlin, a good Samaritan, said.

Spradlin immediately jumped out of her car, called 911 and tried to get help.

"She honked her horn over and over as her cry for help," Spradlin said.

Spradlin was with her two small kids but she was able to flag down a man to help Reyes out.

"When he finally pulled her out, which I believe was through the back window, they had to swim to get out," Spradlin said.

Reyes was crying inconsolably but grateful someone stepped up to help.

Reyes feels like she had angels watching over her and hopes that others learn from her mistake.

"I think without them I would be dead maybe," Reyes said.

Reyes says she's just happy she's still alive. And again she says she is grateful for these two good Samaritans. But she wasn’t able to get the name or phone number of the man who pulled her out of her flooded car.

She hopes to one day be reunited and thank him in person for saving her life.

The man that helped rescue Reyes is in the picture bellow. He was driving a white Lexus.

Reyes' car was a total loss and her liability insurance won’t be paying for anything.