Harris County Sheriff Ed Gonzalez said it appears Adrienne Exum wasn't wearing a seatbelt and had the door open when her vehicle was struck off I-45. 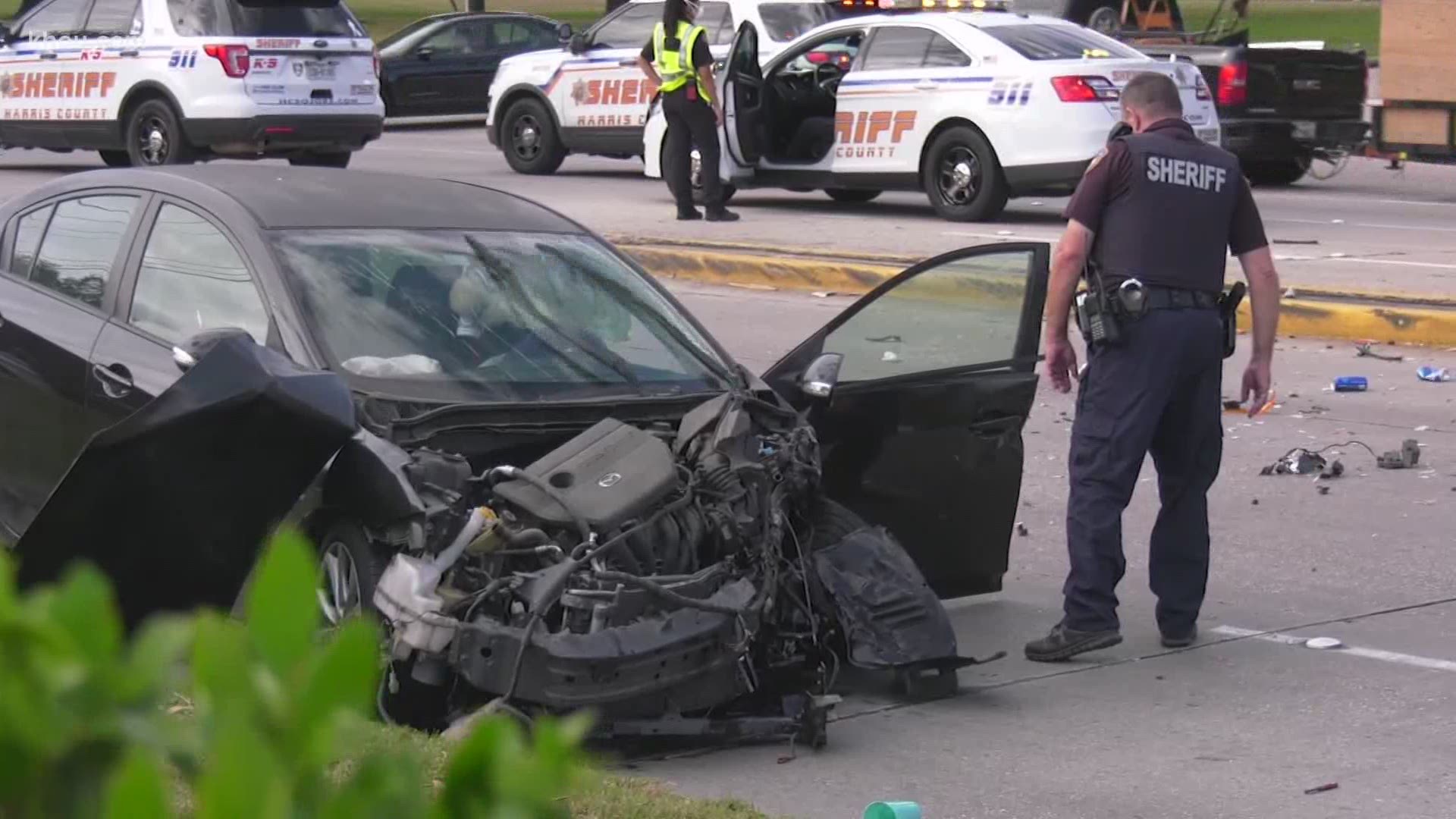 HARRIS COUNTY, Texas — A 19-year-old woman was killed in a crash Sunday after two men got into a fight at a bank near the intersection of West Road and I-45, according to Harris County Sheriff Ed Gonzalez.

Gonzalez said it appears that some sort of disturbance broke out between the two men in the bank parking lot. One of the men got into a car being driven by the Adrienne Sophia Exum. She sped away on West Road without her seatbelt on and the door open, according to preliminary reports.

Gonzalez said  impaired driver struck Exum's and she was ejected. She hit her head on the pavement and was pronounced dead at the scene. The sheriff said the driver of the truck that struck the car attempted to leave the scene on foot but was apprehended nearby and arrested.

Heriberto Fuerte-Padilla is charged with DWI and failing to stop and render aid. Investigators say there may be more charges.

"It’s not 2 in the morning on Saturday night. It’s not Friday. It’s 1:30 in the afternoon on a Sunday and alcohol is yet again at least a factor in a young woman dying on the side of the road," said Sean Teare, with the Harris County District Attorney's Office.

The two men involved in the initial altercation were detained, but it's unclear if they're going to be charged with anything. The man who was in Exum's car was not injured.

Follow-up is underway, still preliminary: an altercation broke out between two males outside a bank parking lot. One male hopped in a car driven by a 19 yr old female. She sped away onto West Rd, unrestrained & her car door wide open. https://t.co/D2EHa6fO5n