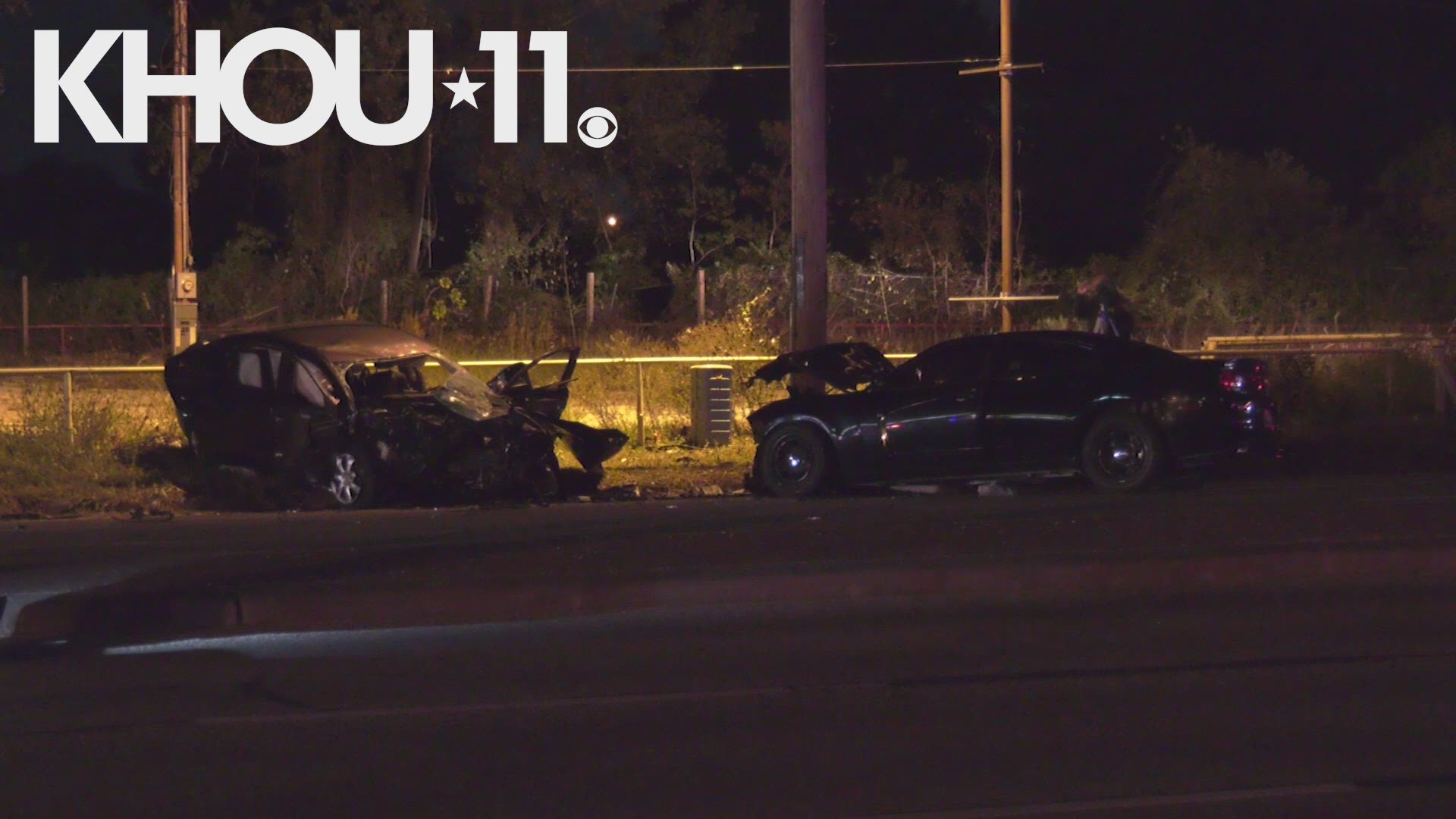 Deputies said the crash happened near the intersection of FM 1960 and Solon Road, in northwest Harris County.

A woman was flown from the scene with critical injuries. An off-duty chief deputy with the Waller County Precinct 3 Constables Office was taken to an area hospital via ambulance. Authorities said he might have suffered a broken leg.

1960 was closed in both directions as investigators worked the scene. Investigators said they're not sure what caused the crash at this time.

This is a breaking news story and will be updated when more information becomes available.