The dogs remain in possession of Animal Control. 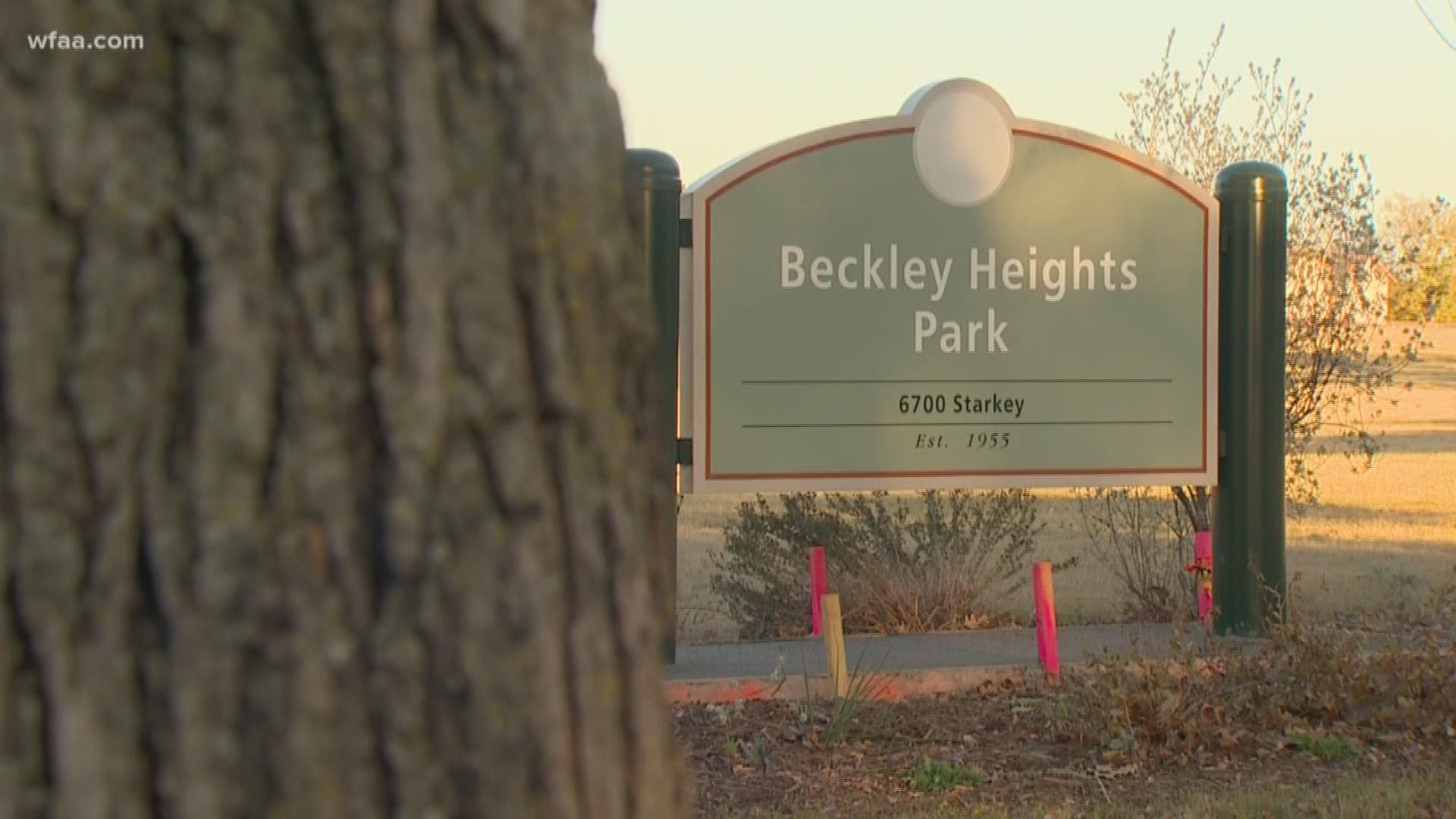 DALLAS — Update Saturday morning with details about the arrest.

A woman has been arrested after police say her dogs attacked a 76-year-old woman Friday.

According to Dallas police, the incident occurred around 11:20 a.m. near Beckley Heights Park.

The victim was walking near a house in the area when she encountered three pit bulls. Authorities say the dogs attacked and injured the woman.

The victim was rushed to the hospital; as of Saturday afternoon, she is in "fair condition," according to hospital officials.

Officers located the dogs in the yard of a house near the 6600 block of Starkey Street. Police say they informed the resident of the house, who was later identified as 44-year-old Martha Yescas-Lira, of the attack.

Police say it appeared the pit bulls dug a hole under the fence and escaped the yard before attacking the victim.

The dogs were seized by Dallas Animal Service officials.

Yescas-Lira was arrested Friday night in connection with the incident and will face a charge of attack by a dog causing serious bodily injury, according to authorities. She is also being detained on an immigration hold, online jail records showed Saturday.

Yescas-Lira's bond was set at $5,000 for the charge related to the dog attack, according to jail records.

The City of Dallas released a statement about the attack early Friday night:

On November 15, 2019, Dallas Animal Services (DAS) responded to a request for assistance from the Dallas Police Department (DPD) at Coleshire Drive and Starkey Street. Upon arrival, the DAS Loose Dog Operations Team secured and impounded three loose dogs suspected of attacking a female. The dogs were immediately transported to Dallas Animal Services. DAS believes that the dogs are owned.

DPD is the lead on this investigation. DAS is unable to release any additional information.