A woman in the suspect's vehicle was killed in the wreck, police said. 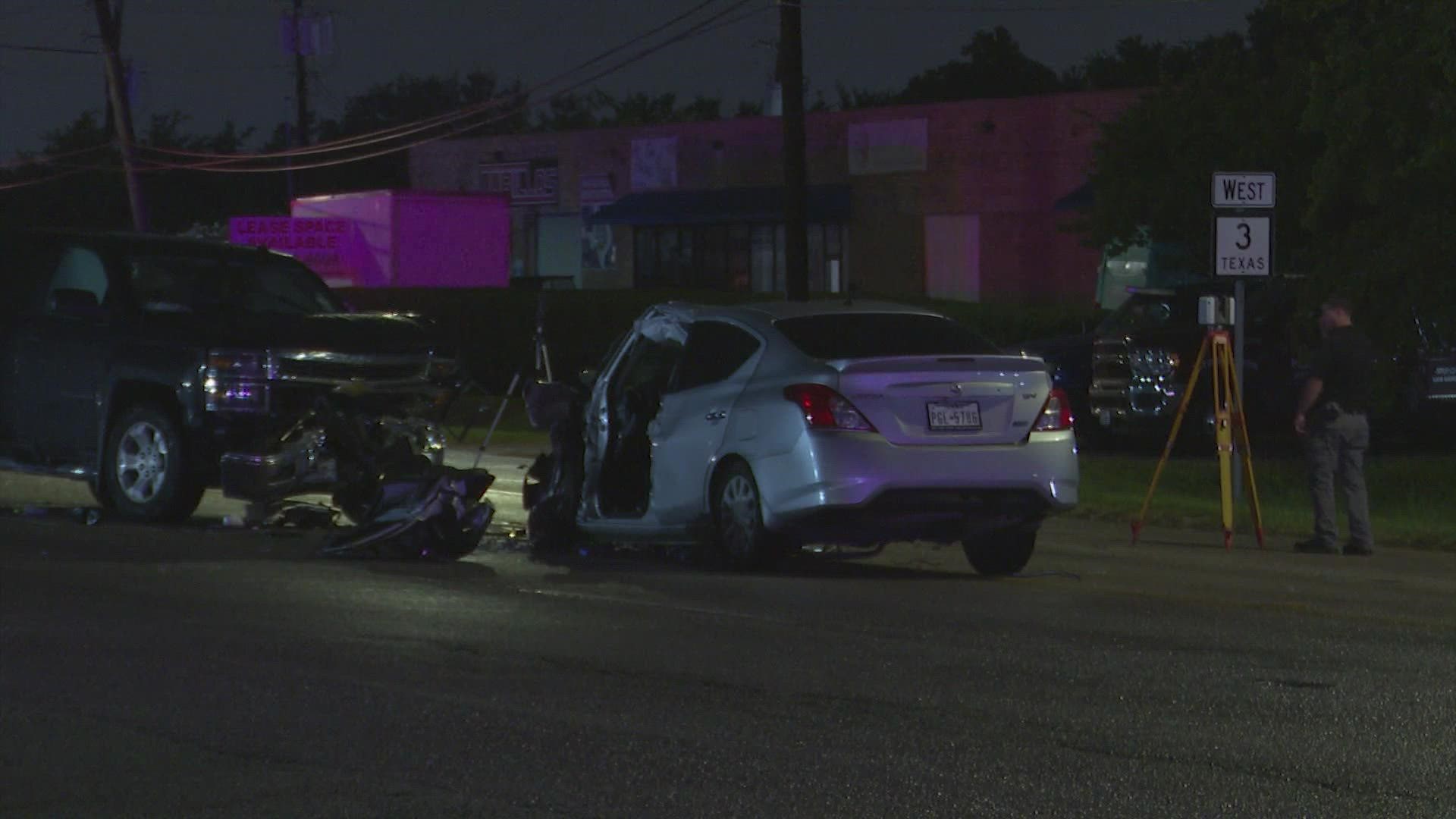 A female passenger, age 30, in the suspect's vehicle died in the crash.

Police say Joshua Yante, 31, was driving a silver Nissan Versa when he crossed into oncoming traffic and hit a family’s pickup head-on. Inside that truck was a couple and their 6-month-old baby girl.

The little girl was taken to the hospital to get checked out, but she and her parents are expected to be okay.

The driver of the silver car that allegedly caused the crash was taken to the hospital with serious injuries as was his female passenger. The woman later died.

Police later released a statement indicating Yante had been charged with intoxication manslaughter. No other names were released.