The take-down of a man on national television happened after deputies bypassed a chance for a peaceful arrest. 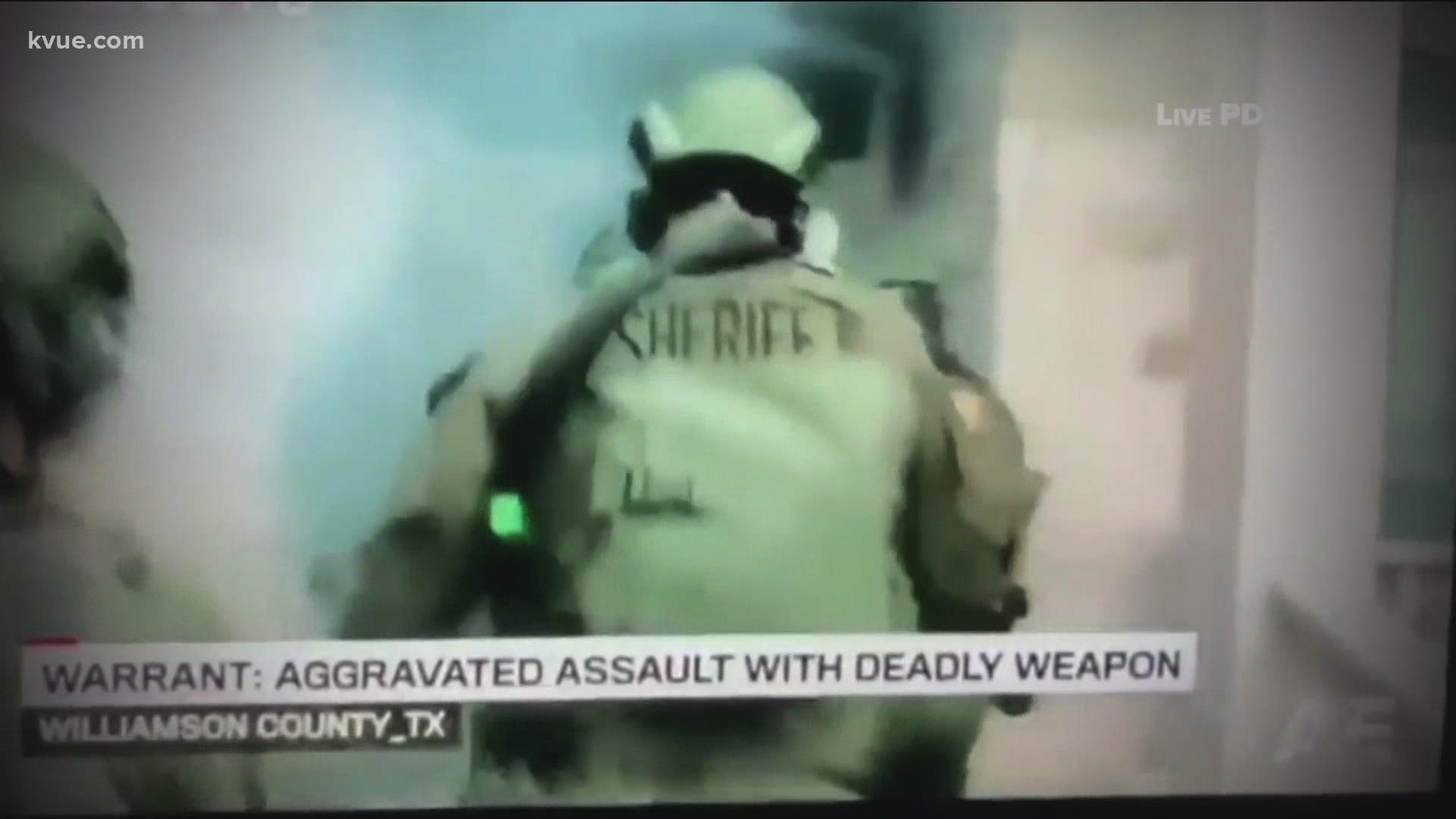 CEDAR PARK, Texas — The Williamson County Sheriff’s Office is confronting a new round of questions about its tactics and relationship with the now-canceled show “Live PD” after a SWAT team takedown inside a Cedar Park family’s home was shown on live television.

The raid happened just hours after deputies appeared to have bypassed a chance to peacefully arrest the 24-year-old man while he was in court.

That man and others believe the department staged the military-style raid for the reality cable show.

“It was all for TV,” said Gary Watsky, who watched as deputies burst into his home and arrested his only child following a fight with his roommate that led to an assault charge last spring. “It was all for show.”

The highly weaponized arrest came just three-and-a-half hours after Asher Watsky went through security and sat in a courtroom, just feet away from armed guards and bailiffs.

Williamson County District Attorney Shawn Dick and others wondered why deputies didn’t arrest Watsky when he came to court as they routinely do with other defendants.

Dick said he inquired about the incident at the time and that sheriff’s officials acknowledged removing the warrant from the system so no one would see it that day. Dick said sheriff’s officials told him they considered Watsky dangerous and that arresting him with the SWAT team was safer.

Sheriff Robert Chody did not return KVUE's requests for comment.

The May 2, 2019, arrest places new scrutiny on an agency already facing questions about its tactics and what some complain are overly aggressive law enforcement actions during what experts say should have been peaceful, non-confrontational encounters.

Three former Williamson County investigators with the sheriff’s office, who are no longer with the agency, said that it was not unusual days before “Live PD” tapings for supervisors to ask them to move forward with getting warrants for suspects who could be arrested on the show.

Timeline: A history of 'Live PD' in Williamson County

At least one, former sheriff’s investigator Gil Unger, said he complained to supervisors but felt his concerns went unheard.

The revelations concerning Watsky’s arrest come a month after the KVUE Defenders and the Austin American-Statesman revealed the story of Javier Ambler, a 40-year-old father who died after deputies Tased him four times, moments before his death.

That incident – also recorded by “Live PD” and shown in body camera footage – never aired on the show.

Deputies began chasing Ambler after he failed to dim his headlights to oncoming traffic and, for reasons that remain unclear, did not stop.

Since then, Dick has confirmed that his office is investigating at least five other use-of-force encounters involving Williamson County sheriff’s deputies, including the case of Ramsey Mitchell, who was injured after he tried to run from deputies on foot while “Live PD” cameras rolled.

What led to the home raid?

In Watsky’s case, court records indicate police first arrested him in September 2018 after his roommate said he was severely injured in an altercation. Police charged Watsky with assault family violence, and he was released on bond.

For seven months, he showed up on time for court and met other conditions of his bond.

“Anything else they really asked, I would be willing to do,” he said. “Passing drug tests. I haven’t missed a date. Just doing my best.”

On the afternoon of May 2, 2019, Watsky and his father walked out of the Williamson County Justice Center after Watsky had a pretrial hearing on a related charge that also stemmed from an altercation with his roommate.

Like every visitor, he went through metal detectors before reporting to the courtroom of state District Judge Donna King.

What Watsky and his attorney said they did not know until after the raid is that a grand jury indicted him on a second charge stemming from another incident with his roommate. That indictment, alleging that Watsky hit him with a shovel, automatically triggered a new arrest warrant. It had been on the books for 15 days before Watsky came to court.

When they conducted the raid at the Watsky home, deputies were serving the second warrant.

The Watskys said they had no idea that a warrant had been issued until the raid.

“I can’t describe it,” Asher Watsky said. “It was like I froze. Like frozen in fear, and I was super scared.”

After he was in handcuffs and led outside, he realized what was happening.

“The second I saw the cameras, I’m aware of the Live PD program, I figured out right then, I had a feeling what was going on,” he said.

Noble said he, too, is left with the same concern: “That this was staged for the value of live television.”

It’s not the first time someone has raised that possibility in the department’s two-year run on “Live PD.”

Williamson County Commissioner Valerie Covey asked during a meeting in May 2019: “Do we delay, do we change our process in order for the camera to be able to film it?”

But the Watskys feel differently. More than a year later, they are still badly shaken.

The raid left the home with several thousands of dollars in damage.

“Frightened in my own home, even after all this,” he said. “Even today, the doorbell rings, Asher runs to the other room.”

But they are also left with a feeling that their confidence in local law enforcement is shattered.

“I said to one of the officers, as they were getting ready to leave, stone cold-faced in his riot gear, I looked at him and said, 'You should be ashamed of yourself for what you just did,’” Gary Watsky said. “And he just looked at me.”

He added: “Most people don’t deserve to be treated that way, no matter what.”

Tropical Depression 8 getting better organized in Gulf of Mexico