The body of the veteran officer was escorted to a Tomball funeral home in a 30-mile procession Wednesday morning. 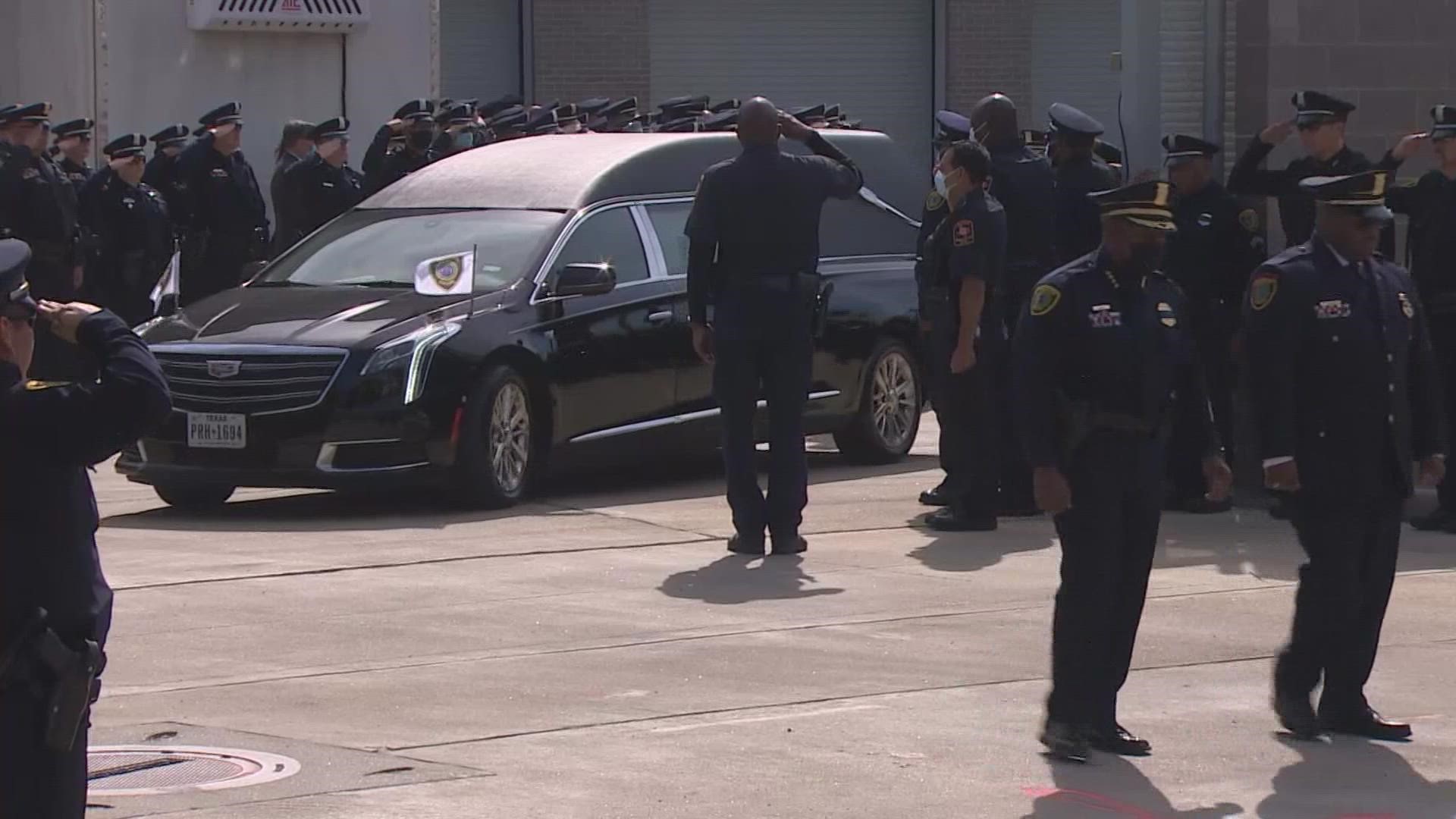 HOUSTON — The body of Sr. Officer Bill Jeffrey was escorted from the medical examiner's office to a funeral home in Tomball Wednesday morning, according to the Houston Police Department.

Jeffrey was killed and Sgt. William Vance was wounded in the line of duty while serving two narcotics warrants in northeast Houston earlier this week.

According to the Medical Examiner's Office, Officer Jeffrey died from multiple gunshot wounds to the torso and extremities.

Jeffrey had served with HPD for more then 30 years and was assigned to the Major Offenders Division. He was 54.

"Officer William 'Bill' Jeffrey was the best of the best. He left a legacy with HPD that will never be forgotten. We ask for prayers for his wife, daughter and entire family," the chief tweeted.