The Grand County Sheriff's Office said they are working to contain the fire to the west side of highway 34 as it threatens the town of Grand Lake. 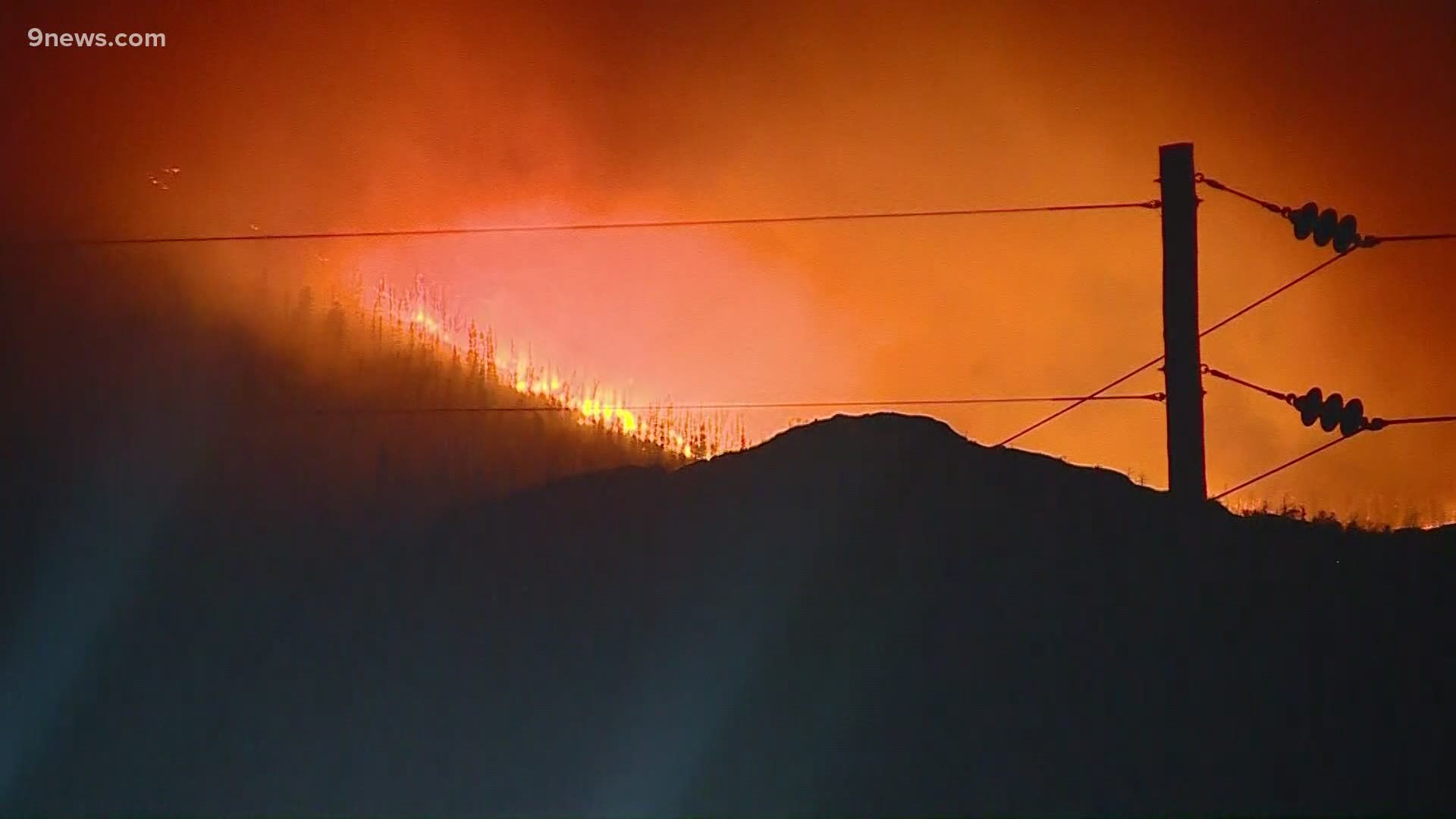 GRAND COUNTY, Colo. — Residents in Grand Lake were told to evacuate late Wednesday night as the East Troublesome Fire continued to move quickly east and toward the town.

These areas are also currently under mandatory evacuation orders:

The west side of Rocky Mountain National Park is also closed due to significant fire activity.

The East Troublesome Fire grew to estimated 24,700-plus acres Wednesday afternoon as firefighters and officials look to Sunday's snowstorm for more relief, said fire officials in a live Facebook update. Officials said they will not have an updated acreage to include Wednesday night's significant growth until they are able to fly the area Thursday morning.

With only 10% containment, residents around the fire's location reported a lot of smoke and fire officials said they will see more in the coming days in containing the fire.

An evacuation center was set up at the Inn at Silver Creek in Granby. Anyone forced to evacuate was asked to register using East Troublesome Fire Evacuee(s) Registration Form to assist with the re-entry process, the GCSO said.

Both US 34 between Meadow Road and Golf Course Road and US 40 between Nevada St and US 34 are closed in the area due to fire activity.

The cause of the East Troublesome Fire is still being investigated.

The closure area includes the southern Troublesome area west of Highway 125 and north to Willow Creek Pass. Also included are public lands in the area east of the Highway 125/US 40 junction to US 34 and north to Grand Lake.

The East Troublesome Fire is the third wildfire reported in Grand County within the last couple of months.

If you are an evacuee or someone who has been impacted by the wildfires and needs assistance, call 1-800-417-0495.