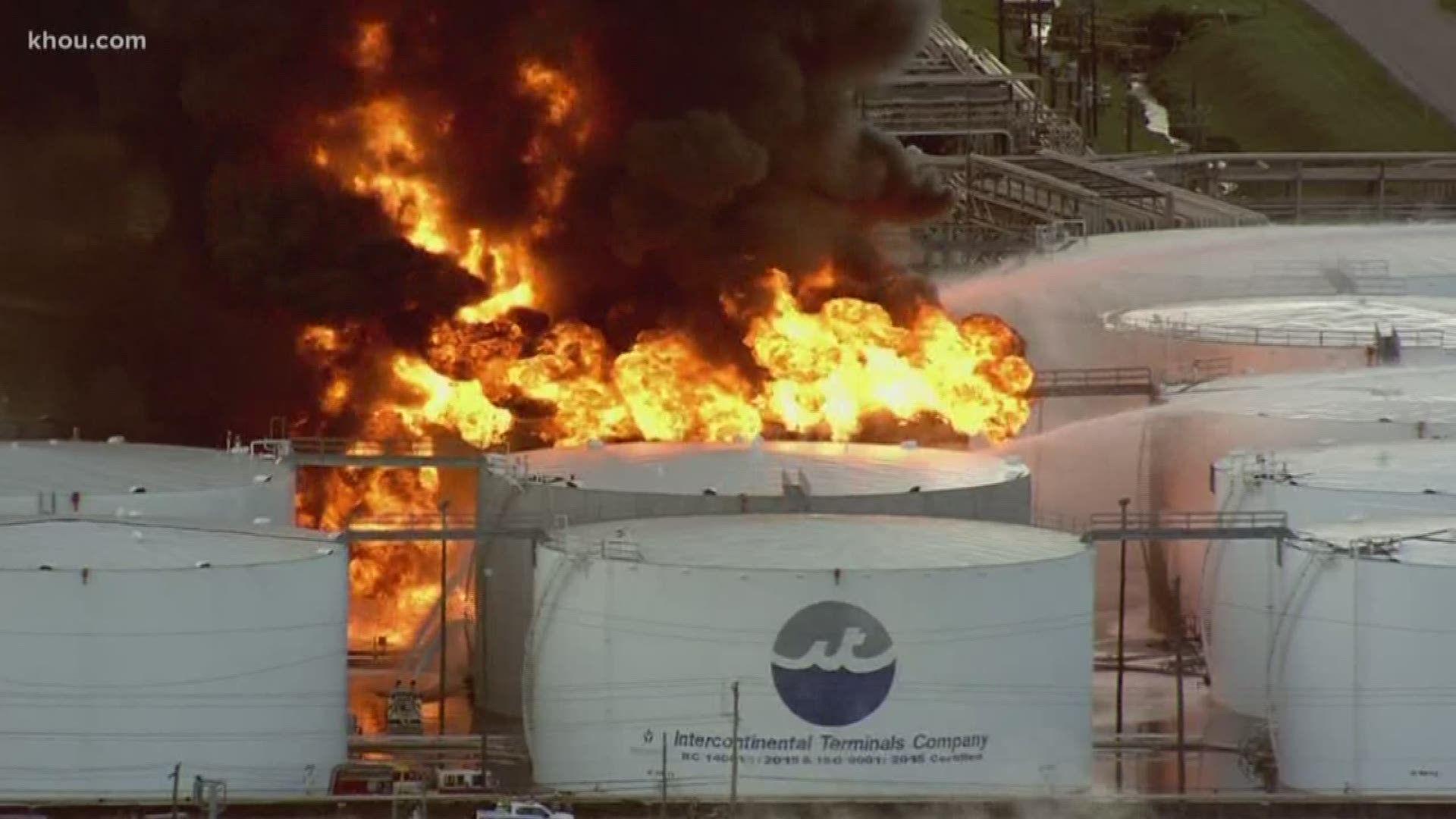 DEER PARK, Texas — The Harris County Fire Marshal’s Office confirms firefighters have been on and off the offensive trying to put out the fire at Intercontinental Terminal Company.

Over the past three days, firefighters have used foam and water to protect tanks and pipes and suppress the fire.

“At times they’ve been defensive and shifted to an offensive strategy,” said Harris County Fire Marshal’s Office Assistant Chief Bob Royall. “They’ve pulled back a couple of times too.”

Monday night, a loss of water pressure forced firefighters to stop attacking the fire. During the loss of pressure, two additional tanks started to burn.

Royall explained the firefighting foam is used to smother the fire with a  film-like coating and it also cools surfaces. Whereas water might dilute and spread toxic chemicals potentially making the fire bigger.

The Port Arthur-based company started an offensive attack Tuesday to extinguish the fire.