Why are poll results so different for Cruz/O’Rourke race?

A poll released Wednesday puts Beto O'Rourke ahead, while another released Tuesday favors Ted Cruz. How do two surveys released so close together come to such different conclusions? 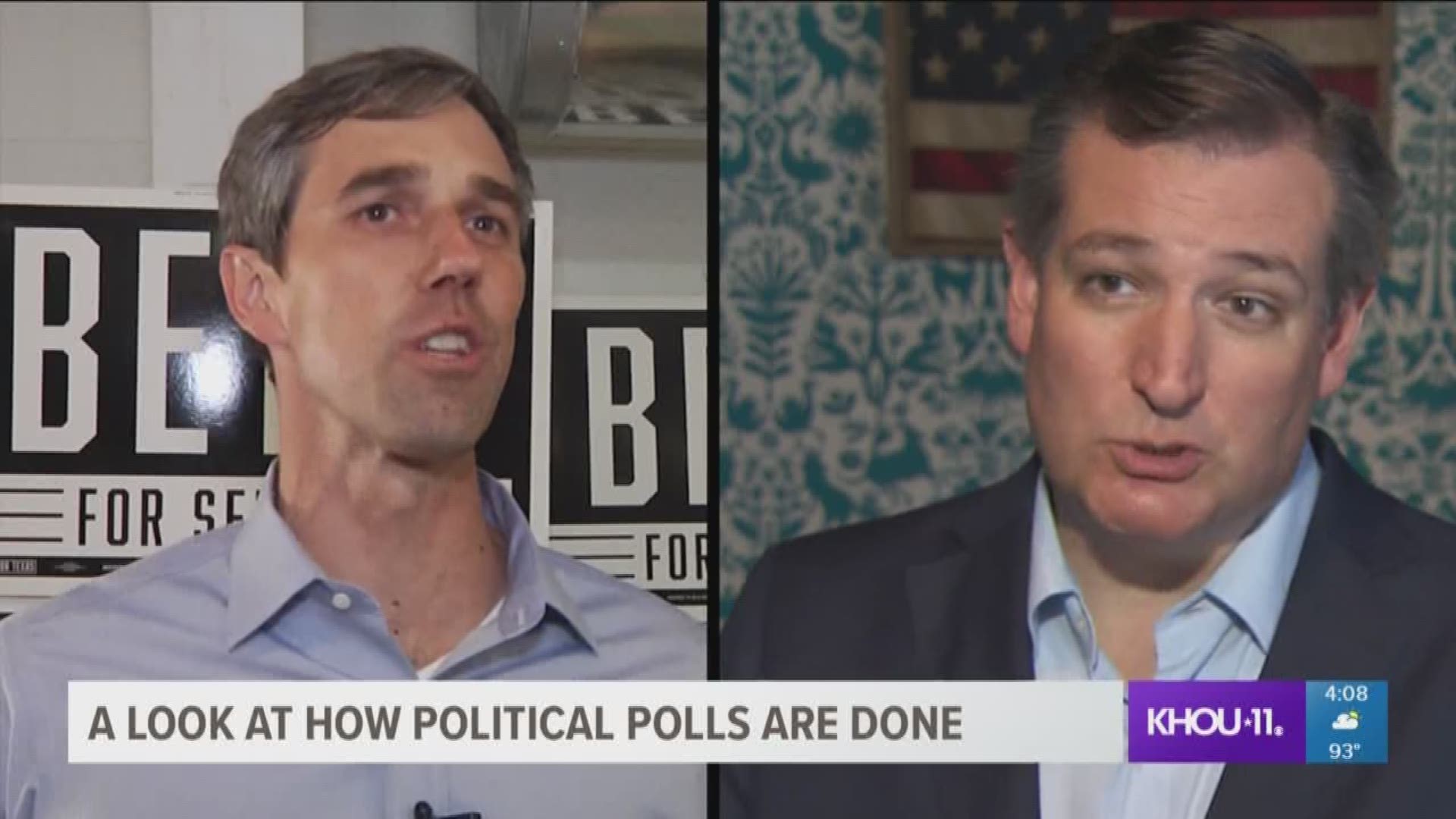 However, on Tuesday, another poll showed Cruz leading by nine points. So, why are the polls so different?

Jim Granato, executive director of the Hobby School of Public Affairs at the University of Houston, has experience conducting polls on political races.

“I look at averages,” Granato said.

Granato says widely different results, like those seen in the recent Cruz/O’Rourke surveys, stem from two factors: sample size and how pollsters reach their audience.

“The people that are responding online, are they a representative sample of the population?” Granato said.

Granato believes pollsters should split up phone surveys to account for diminishing usage of landlines, especially among younger people.

“If you want to capture the younger folks under the age of, say, 45, you have to look at cell phones, cause most households are cell phone only in that age group,” he said.

In the weeks leading up to the Nov. 6 election, Granato expects pollsters to shift their focus from registered voters to likely voters.

"Turnout is the issue here,” Granato said. “It's not that you're saying who you're gonna vote for or who you gonna like. It's, 'Are you gonna turn out and actually do that act and vote.’”

Granato says age is a big factor in turnout, but admits polls have a hard time determining who will show up.

While he believes polls generally do a pretty good job of predicting bigger picture results, he says President Trump's 2016 election shows experts can get it wrong within certain pockets or geographic regions.

Cruz and O'Rourke will debate Sept. 21 in Dallas, Sept. 30 at the University of Houston and Oct. 16 in San Antonio.