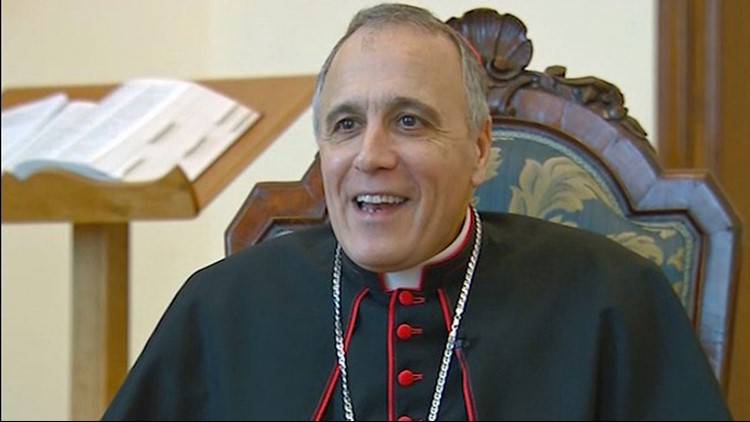 Who is Cardinal Daniel DiNardo?

DiNardo currently serves as the archbishop of the Archdiocese of Galveston-Houston and as the president of the U.S. Conference of Catholic Bishops, making him one of the most powerful Catholic officials in the country.
Author: Emily Reaux
Published: 10:30 AM CST November 28, 2018
Updated: 5:54 AM CST November 29, 2018

GALVESTON, Texas - As the sexual abuse investigation surrounding the Catholic Archdiocese of Galveston-Houston continues, many are wondering about the man who allegedly tried to cover it up.

Cardinal Daniel DiNardo is accused of knowing about sex abuse allegations regarding a priest in the diocese and relocating him to another diocese.

DiNardo currently serves as the archbishop of the Archdiocese of Galveston-Houston and as the president of the U.S. Conference of Catholic Bishops, making him one of the most powerful Catholic officials in the country.

DiNardo was born in Steubenville, Ohio and had three siblings. The DiNardo's were raised in Castle Shannon near Pittsburg, according to the archdiocese's website.

He went to St. Anne grade school and then Bishop's Latin school which was run by Jesuit priests. He later enrolled in St. Paul's Seminary and Duquesne University in Pittsburg.

DiNardo received a master's degree in Philosophy from the Catholic University of America in Washington D.C. He also received degrees in Sacred Theology from both the Pontifical Gregorian University and the Patristic Institute Augustinianum in Rome.He entered the priesthood in 1977 in Pittsburg and served as a pastor there until 1984 when he moved to Rome. There he worked as a staff member for the Congregation for Bishops and a professor at the Pontifical North American College.

He returned to Pittsburg in 1991 and worked as a pastor until 1997 when he was ordained a bishop.

In 2006, he succeeded Archbishop Joseph Fiorenza and became archbishop of Galveston-Houston, according to the archdiocese's website.

In 2007, he was elected to the College of Cardinals at St. Peter's Basilica in Rome.

Six years later, he served as a Cardinal-Elector which saw the election of Pope Francis.

He came under fire after two people told The Associated Press that they reported the sexual abuse by Manuel La Rosa-Lopez, a priest in the Archdiocese of Galveston-Houston, to DiNardo. The victims said they later found out La Rosa-Lopez was just relocated to another church.

Last summer, La Rosa-Lopez, whom DiNardo had promoted, was arrested for allegedly molesting two children. A third accuser has since come forward.

DiNardo led a delegation to discuss clergy sex abuse at the Vatican and later said of his handling of the priest, "That was a mistake that we regret."