Who does this? Houston great-grandma's Christmas decorations stolen for 3rd time

For the third time in six years, a Houston woman's Christmas decorations have been stolen. The 79-year-old's surveillance camera's caught the latest theft on video. 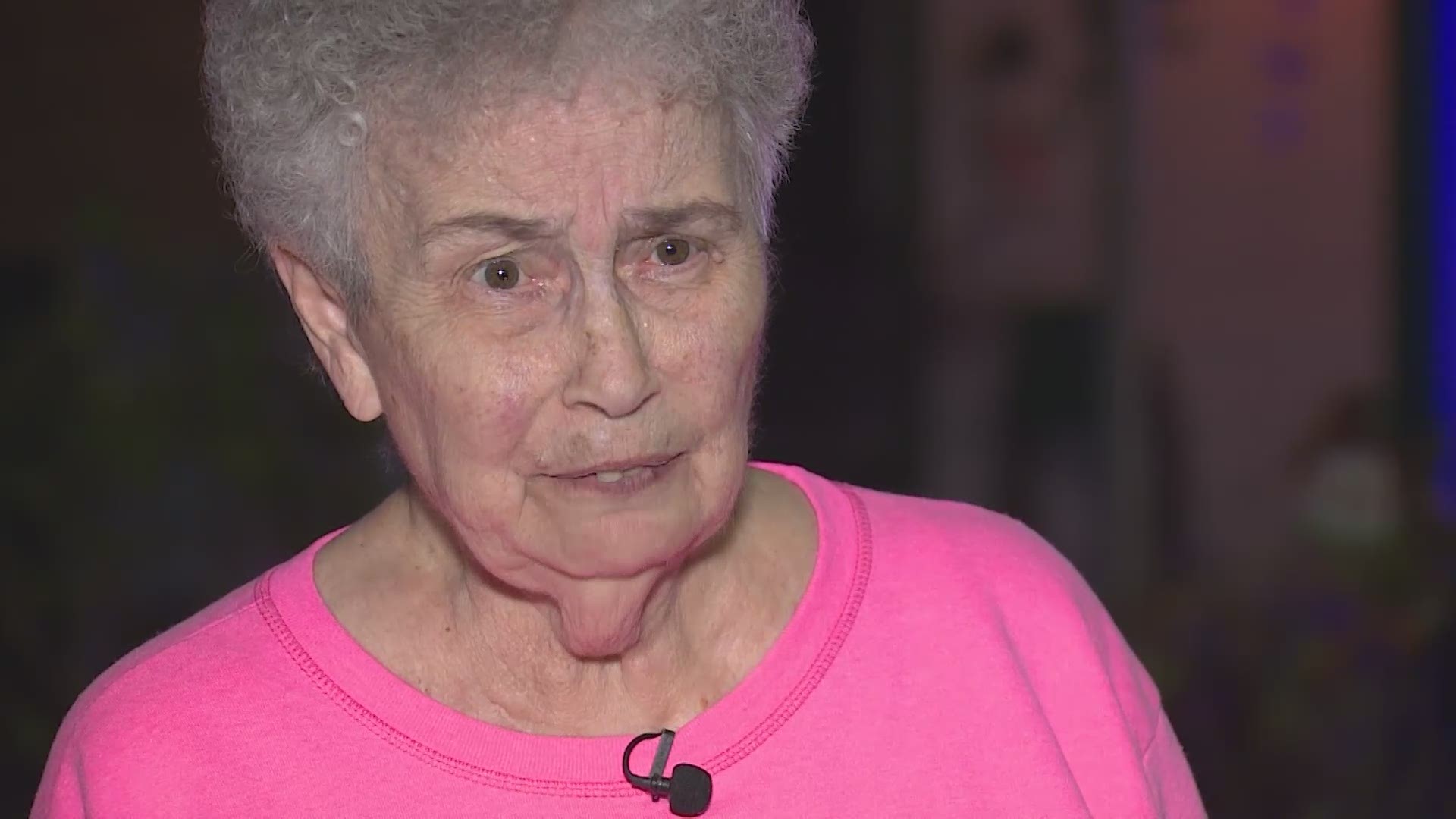 HOUSTON — It took just a few minutes for thieves to steal what took 79-year-old Margaret Drummond years to accumulate; more than $500 worth of light up, mechanical inflatables proudly displayed in her front yard.

“It’s sad,” Drummond said. “I mean, they took everything. They are not cheap and when you are on a fixed income it’s hard.”

Drummond has lived in her north Houston home for 30 years and has always decorated. Her decorations have always been a point of pride for her and would draw neighborhood families who came to take pictures.

“Because it means a lot to the kids. It’s Christmas. It’s a time to be blessed.”

But just before 3 a.m. Monday, two men were seen on her surveillance video stealing five of her inflatables, leaving only the strings and stakes behind.

This isn’t the first time Drummond has had her decorations stolen. It happened six years ago, and then, again two years ago. The second time she put out a sign to let the neighbors know.

“The neighbors were so upset about it that the neighbors brought me a lot of things to put in my yard.”

And so, she decorated again with the donations along with new decorations she purchased, only to have them stolen for the third time. Drummond says she doesn’t plan to decorate again.

“No. This is it. I can’t no more… it hurts too bad. Why do they have to steal from people that work?”

Perhaps the saddest part isn’t that someone stole Drummond’s Christmas lights, it’s that thieves have finally convinced her the world is a dark place.

“What do you tell kids? You don’t want to tell them the world is changing. The world is so sad now. They take everything away from the kids.”

Anyone who recognizes the suspects in the surveillance video is asked to call Houston police, who are investigating.