TV exclusive: 'When people are suffering, you have to suffer with them' | Archbishop Carlson offers advice to Catholics amid coronavirus outbreak

Archbishop Robert J. Carlson talked about the difficult decisions to cancel Holy Week Masses and close parish schools. It was his first interview in 18 months. 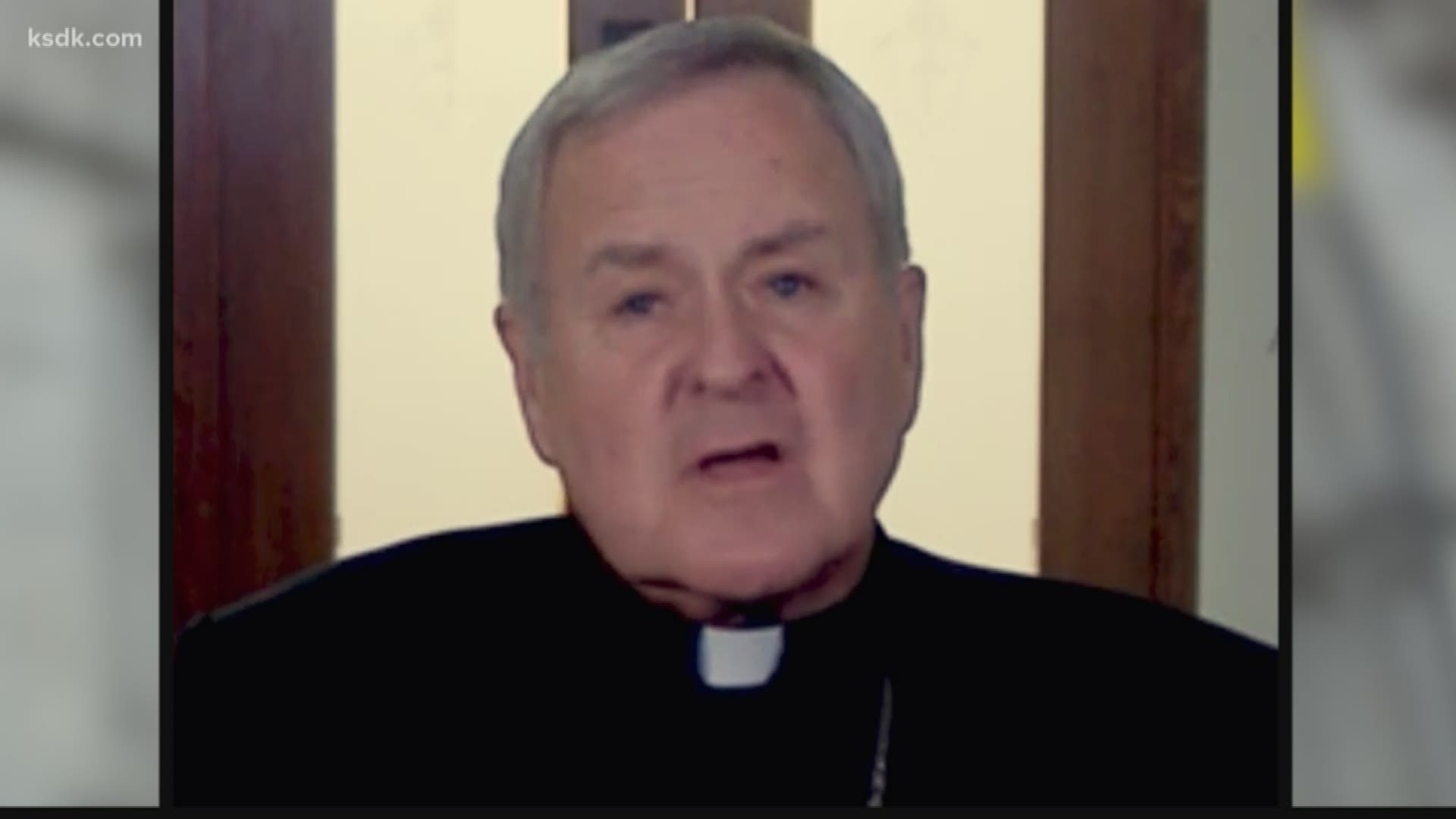 He choked up when asked about how Catholics, the largest faith group in St. Louis, should deal with the stress and anxiety during the pandemic.

“When people are suffering, you have to suffer with them,” he said through tears.

The most sacred week for Catholics, Holy Week, begins in two weeks. Carlson made the decision to cancel all services, including Easter Sunday.

He’s also decided to close parish schools and cancel parish masses altogether because of the virus.

Carlson advised Catholics who would normally fill the pews on Easter to watch mass online as a family instead.

“They should stay off their cell phones and rather talk to people one-on-one and not spend all their time seeing who is contacting them," Carlson said. "Be very, very present for the people that you live with and the people that are important in your life. But also, on Easter Sunday, reach out to people important to you, your family, especially the elderly and to share Easter greetings with them."

RELATED: Faith in a time of fear

A daily mass from the Cathedral Basilica is being streamed online.

Meanwhile, individual parishes are scrambling to create their own online presence. Carlson said staying in touch with parishioners during social distancing will be the Archdiocese’s biggest challenge.

“It’s how our parishes are going to reach out to families whether they are elderly or young and also stay in touch with people," Carlson said. "If I was a Pastor I think I’d have the parish list in front of me and every time I had a few minutes I’d call two or three families and say this is ‘Father so-and-so, how are you doing?’ and I tend to do that with the priests as well."

This year marks Carlson’s jubilee, celebrating 50 years as a priest. Eleven of those years he has served as Archbishop of St. Louis.

Last June, he submitted his resignation letter to Pope Francis. The Archbishop was turning 75, the mandatory retirement age for the powerful position. The Pope has no requirement to reply at all or by any certain date. Now, nine months later, Carlson revealed he received a reply from the Holy Father.

“I got a letter back,” said Carlson. It said, “Dear Archbishop Carlson, we accept your resignation now, for later.”

When asked what "later" meant, Carlson replied, “I have no idea, but I did receive a telephone call that said,‘How’s your health?' I said ‘It’s good.’"

Carlson was diagnosed with colon cancer in 2006.

“They said, 'Are you anxious to retire?' and I said ‘not particularly.’

“I like it here in St. Louis. I love the people. So far there is no posse chasing me so I’m happy to stay,” Carlson said. 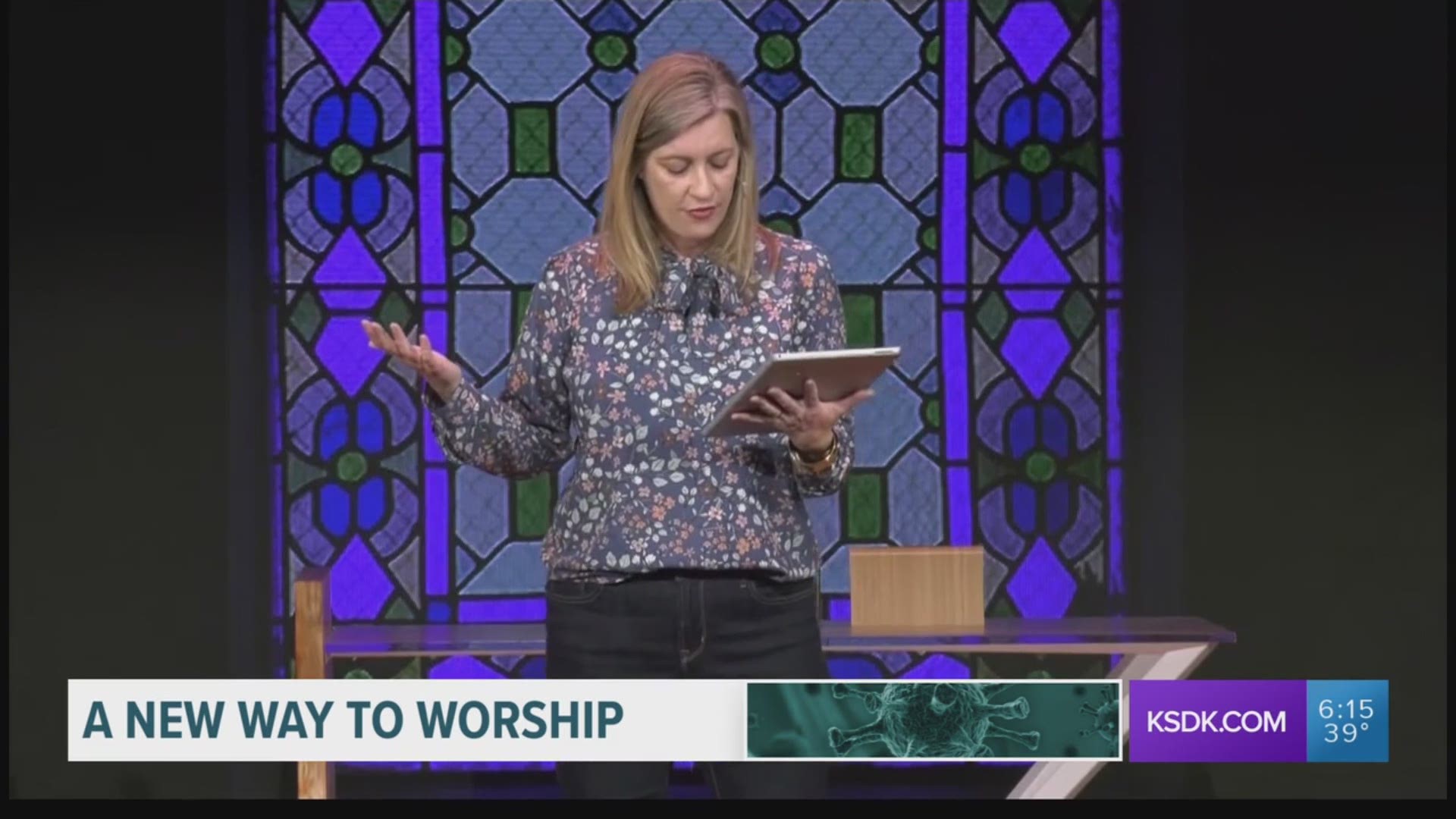