What are the criteria for an AMBER Alert?

Here in Texas, there's a state-level AMBER plan and a Houston AMBER plan, but they all follow similar national guidelines to activate an AMBER Alert. 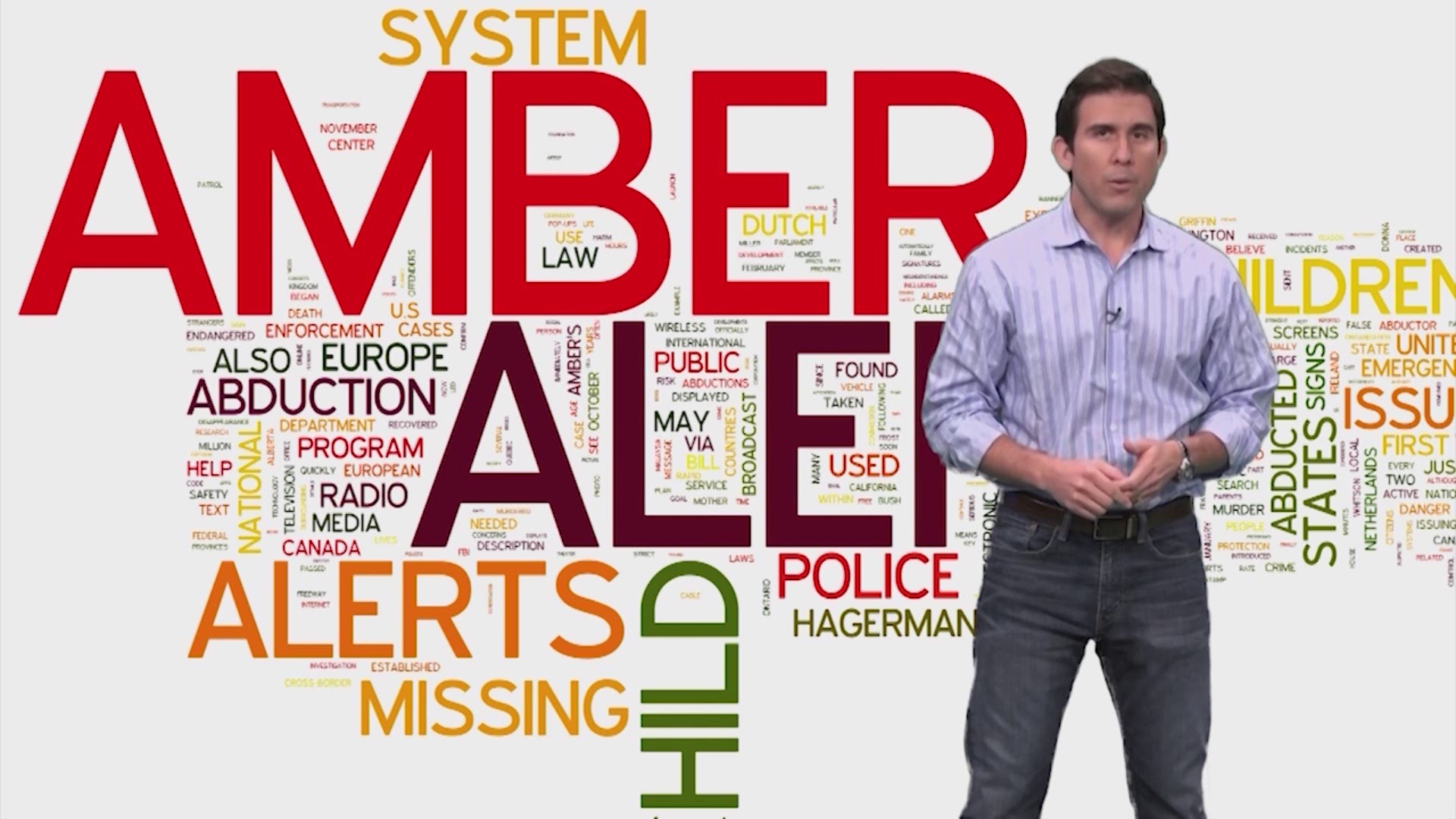 HOUSTON — AMBER Alerts come across on TV and buzz our phones all the time, but how do they work?

Let's start at the beginning, AMBER Alerts are a child abduction alert system across the country that first started in 1996. It was named after Amber Hagerman, a 9-year-old abducted and stabbed to death in Arlington, Texas.

Now her name is attached to the alert system that helps save children's lives.

Since amber alerts began, 881 children have been rescued. There are 86 different AMBER plans nationwide.

Here in Texas, there's a state-level AMBER plan and a Houston AMBER plan, but they all follow similar national guidelines to activate an AMBER Alert:

Interestingly enough, these are just recommendations.

Law enforcement agencies ultimately have the final say in when they issue an AMBER alert, and most AMBER Alerts issued don't meet all criteria.

Once it's issued, the AMBER Alerts are broadcast on TV, radio, internet and even text messages. Information is also broadcast on electronic road signs and billboards along highways and interstates.

According to the FBI, 75 percent of children abducted by strangers are killed within the first three hours, so time is critical. AMBER Alerts are one of law enforcement's biggest tools to find children before it's too late.