Five dead, including toddler, in head-on wreck on Highway 59 in Wharton

Police say an SUV crossed over into oncoming traffic and hit a car head-on early Sunday. 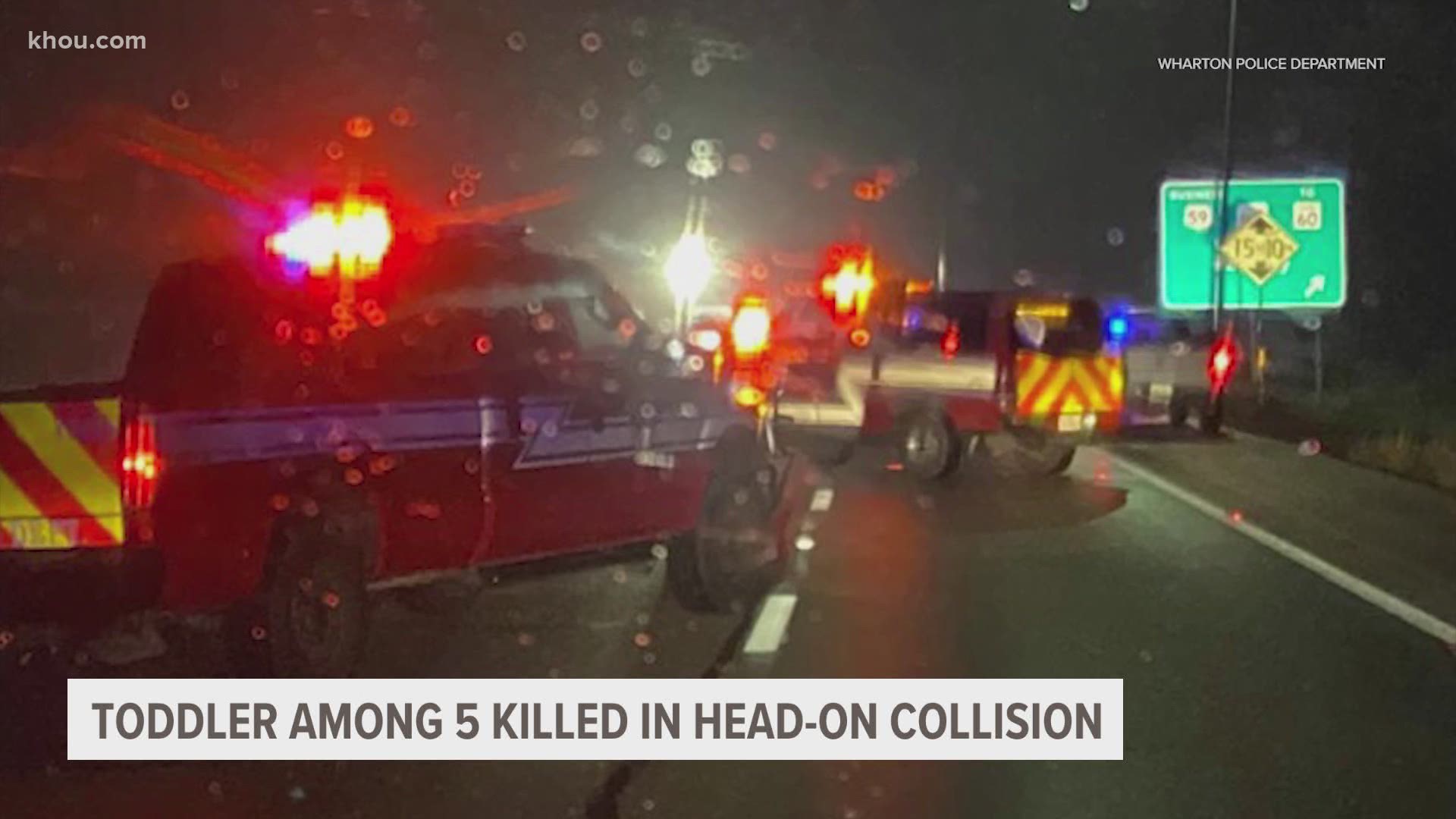 WHARTON, Texas — Five people are dead and a baby is in the hospital after a head-on wreck in Wharton early Sunday morning.

It happened on Highway 59 just before the FM 961/Highway 60 exit just before 4 a.m. Wharton police say a black Cadillac SUV heading southbound went off the main lanes, through the grassy median and into the northbound lanes, where it slammed head-on with a Nissan Altima.

The driver of the Cadillac was killed. And in the Altima, three adults were dead at the scene and a toddler was declared dead after being transported to the hospital. A baby was also in the Altima and transported to Houston for treatment. We don’t know that child’s condition.

All identities are being withheld, pending notification of next of kin.

This is a developing story. We will post any new information as we get it.