Will Beatty said he and Lemuel "DJ" Bruce enlisted in the Marines, then the Texas Army Guard, and the Houston Fire Department. 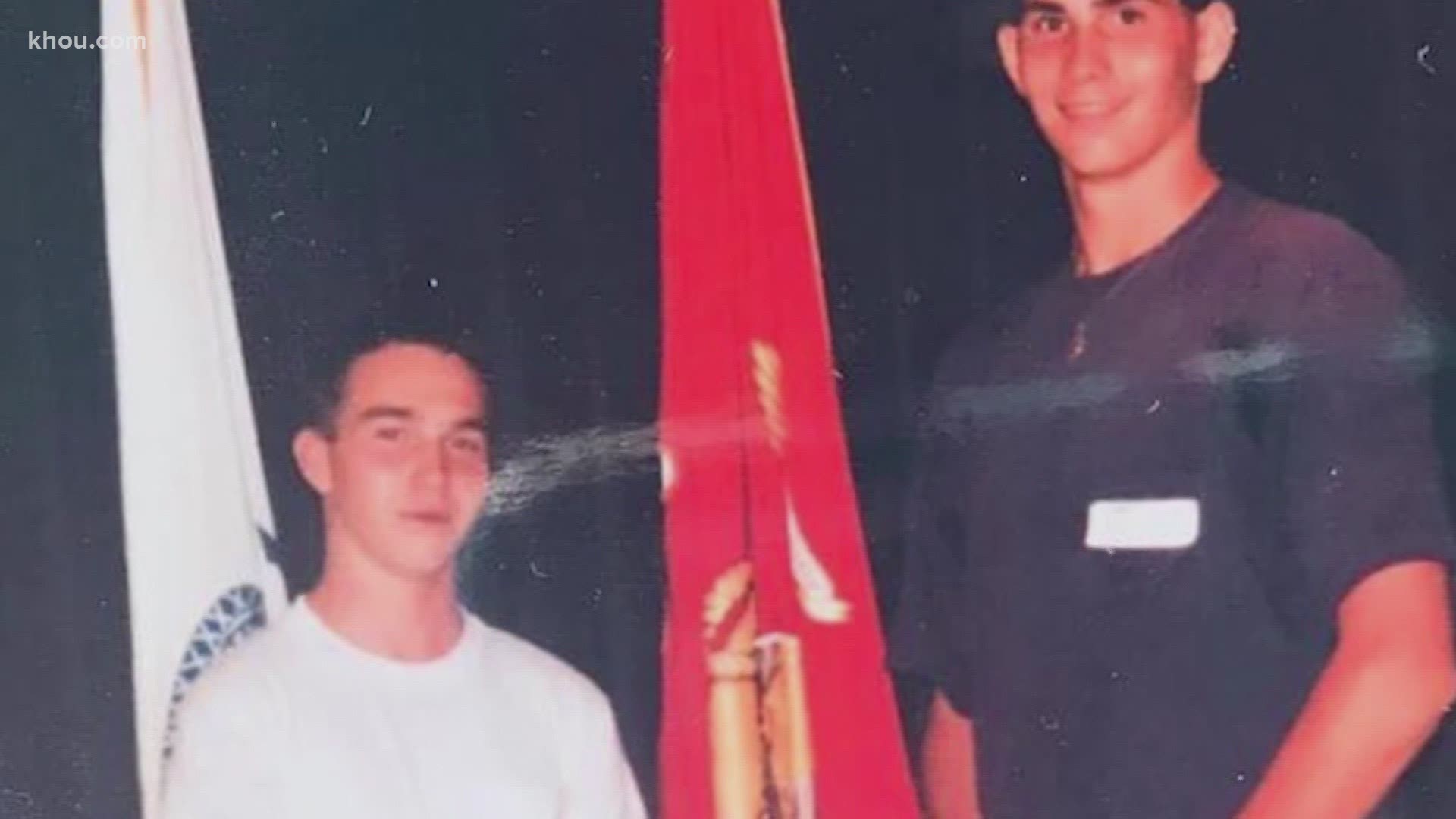 WILLIS, Texas — First responders and military servicemembers often refer to each other as "brothers." For Lemuel "DJ" Bruce, Will Beatty and Tori Canamar, their brotherhood transcended their public service.

Bruce was shot and killed on Oct. 16 while pursuing what he believed was an arson suspect. He is the first Houston Arson Investigator to die in the line of duty.

Bruce and Beatty both served with the Houston Fire Department. Beatty still does. The two met at Klein Oak High School and enlisted in the Marines through a program that allowed them to serve in the same platoon. Later, they served in the Texas Army Guard.

“We were always together. Mutt and Jeff. Yin and Yang," Beatty said. "DJ was one of the most calm-mannered people you'd ever meet in your life, but if something frustrated him, he'd redline, and then a few seconds later he'd be back to green."

The two even poked fun at each other's names.

"We only called him Lemuel when were irritated with him or we were just messing with him, and then he'd call me my middle name," Beatty said.

Beatty remembers Bruce's quick wit: he was known for his "one-liner" jokes.

Will shared some amazing stories with us about DJ. They were brothers beyond service. They spent more time together than most married couples. @KHOU #KHOU11 pic.twitter.com/YCzm0k44MB

When they received their assignments, Bruce (5-foot-6) was assigned to a larger helicopter, the CH-53E, than Beatty (6-foot-5). Their supervisor though there was some mistake.

"(Bruce) looked at him and said, 'No, sir. They needed to find one big enough to carry my ego,'" Beatty said. "He's not always trying to make jokes, but he's storing them up and waiting to knock them out of the park."

Bruce, Beatty and another close friend, Canamar, all served in the Marines together. The three spent more time together than most married couples.

“Every time I needed something or every time I was in a pinch, I called DJ, and a few minutes later, he was here," Beatty said. "I went to (call DJ) and I just – that’s when it hit me. That’s when the gravity of everything really hit me.”

The night Bruce was killed, Beatty was working at station 11, just a few miles away from the scene.

“To know that he was just a few miles away from me, when everything happened, and I feel like he would have needed me the most, just hurt," Beatty said. "When I found out more, and I know that he was with firefighters, those guys were phenomenal. They gave it 150 percent."

Through Bruce's death, Beatty has learned even more about his lifelong friend.

"He was so many people's go to and shoulder to lean on. He was cheating on me the whole time," Beatty joked. "Probably about 50 people in the Houston Fire Department say he was their best friend."

Beatty is not only one of those best friends, he is as close to a brother as one can be without blood relation, even though all their family members called each of them "uncle."

The term "brother," so often used by first responders, fails to fully describe their bond.

"That's nothing compared to how close were. On the worst day of my life, I can't say that I would have called him, I can say that I did call him," Beatty said. "Between Tori and him, there was no tighter relationship as far as brothers go."