The company also stated it was forced to terminate the employment of approximately 80 workers this week. 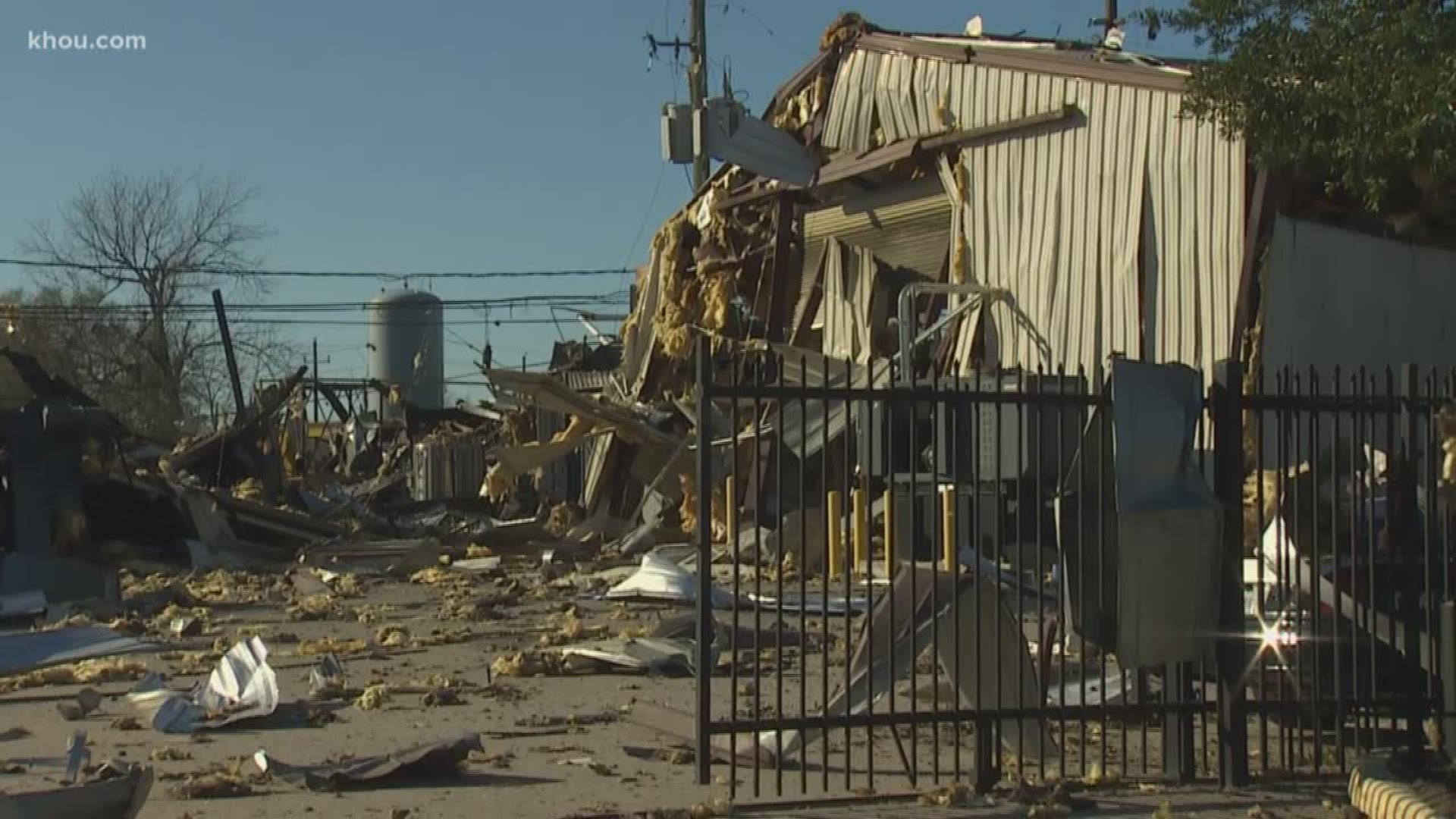 HOUSTON — EDITOR'S NOTE: The video above is from the report on Jan. 31 that ATF agents found no evidence of a criminal act in the explosion.

Watson Grinding & Manufacturing Co and Watson Valve Services, Inc. on Thursday filed a petition for voluntary Chapter 11 reorganization with the U.S. Bankruptcy Court of the Southern District of Texas.

The companies stated in a press release that once the court approves their filing it will allow the company to continue operation of its businesses and service to its customers while it works through a plan of reorganization.

Watson Grinding & Manufacturing said it ceased operations after a massive propylene gas explosion on Jan. 24. The company also stated it was forced to terminate the employment of approximately 80 workers this week.

Watson Valve also had its business near the explosion site and would contract with Watson Grinding to machine products for customers.

The company said it continues to operate at approximately 20 percent of normal capacity by utilizing other suppliers.

“Our hearts go out to everyone who has been affected by this tragedy and we are convinced that the best way to ensure our organization can play a positive role in the long-term recovery of the area is by remaining a viable business,” said John Watson, son of the company’s founder and the CEO of Watson Grinding & Manufacturing Co. “We are a family business and through this reorganization, we intend to save the company and protect and restore the jobs for our dedicated and hardworking team.”

Watson is co-owner of the company with his brother-in-law, Robert White and nephew, Jason White.

The Chapter 11 filing states that the company intends to marshal its assets and allow for an orderly claims process.

The preliminary investigation into the deadly explosion at Watson Grinding points toward an accident, according to ATF Special Agent-in-Charge Fred Milanowski. He said the suspected cause is an electrical spark that ignited a leaking propylene tank.

Minlanowski said dozens of specialists from the ATF National Response Team worked over 1400 hours and found no evidence of a criminal act.

The explosion in northwest Houston killed two Watson Grinding employees and damaged hundreds of homes, knocking some off their foundations.

Many of those homeowners have filed lawsuits against Watson Grinding.

A judge Friday granted a temporary restraining order and an injunction against the City of Houston, preventing them from cleaning up the area surrounding the Watson Grinding explosion.

The legal action was requested by attorneys for the homeowners affected by the Jan. 24 explosion to preserve possible evidence in the case.