“Mr. Buzbee’s use of anonymous lawsuits violates Texas law and the basic concept of fairness,” Rusty Hardin said in reference to the unidentified women suing Watson. 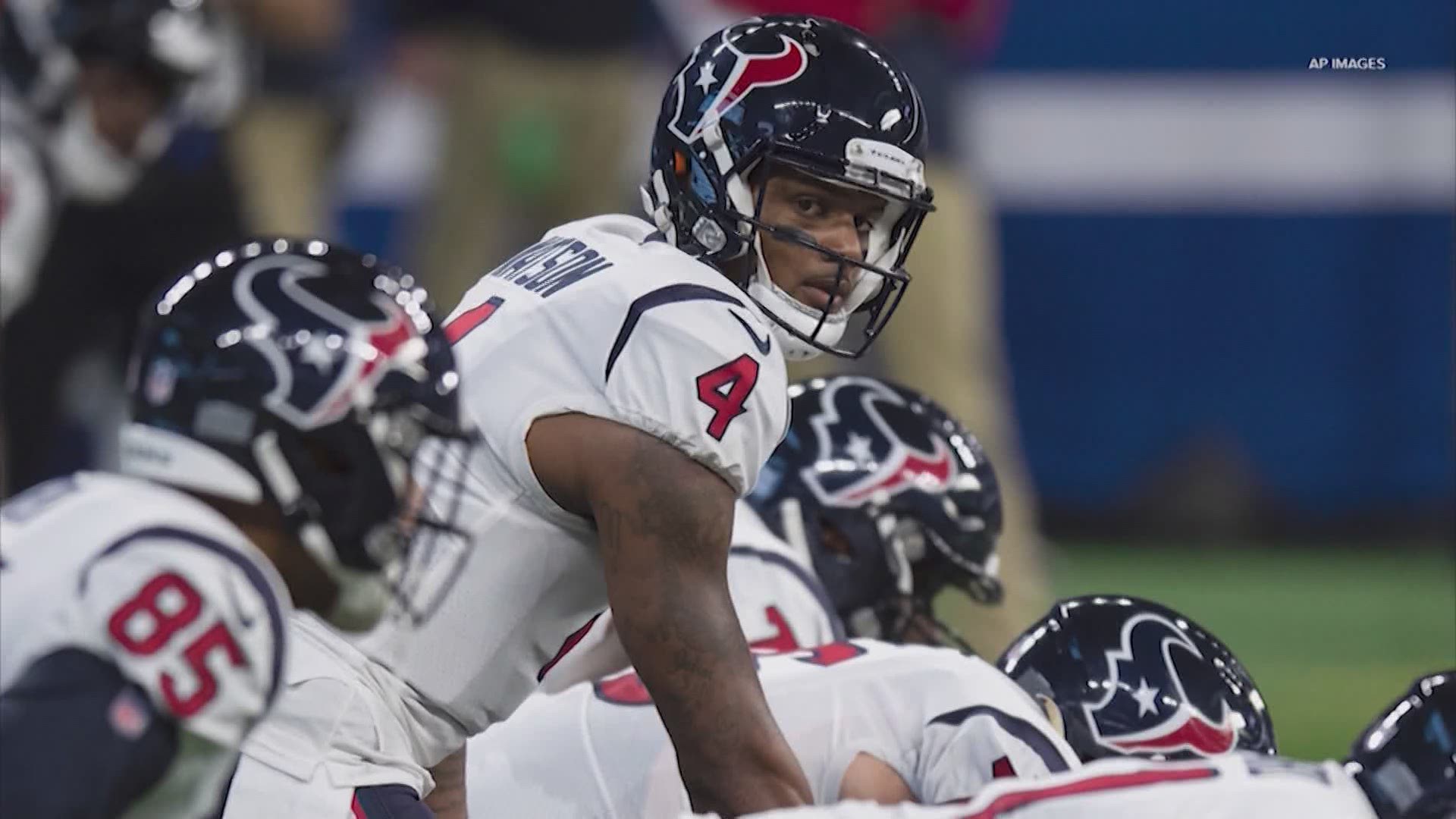 HOUSTON — Deshaun Watson’s attorney has filed a motion demanding the names of 20 women who are suing him for allegations ranging from exposure to sexual assault.

Two of the women – Ashley Solis and Lauren Baxley – went public earlier this week, sharing their stories of alleged encounters with Watson.

The other 20 alleged victims remain anonymous, known only as “Jane Doe.”

In a statement Thursday, Rusty Hardin said the use of anonymous lawsuits violates state law.

“We have said this before and we want to say it again: Deshaun did not force, coerce or intimidate anyone to do anything against their will. When we asked Mr. Buzbee to identify his clients weeks ago, he refused and told us to file a motion. Today we filed that motion. As discussed in our filing, Mr. Buzbee’s use of anonymous lawsuits violates Texas law and the basic concept of fairness. It is clear that, for Mr. Buzbee, this case has never been about seeking justice in a courtroom, but destroying Deshaun’s reputation to enhance his own public profile and enrich himself. While I understand that anonymity often is used as a shield for victims, Mr. Buzbee is using it as a sword. While shielding his clients from public scrutiny, Mr. Buzbee continues to use their anonymous allegations to destroy Mr. Watson. This is simply not right. And we look forward to resolving these matters in court.”

Another former massage therapist who said Watson was a regular client came to his defense Wednesday in an interview with KHOU11's Len Cannon.

“Deshaun Watson has never asked me for any sexual favors,” she said. "He’s never harassed me. He’s never coerced me into anything at all. He’s always been super quiet,” Brooks said.

After Solis’ tearful news conference on Tuesday, at least three Watson sponsors – Nike, H-E-B and Reliant said they are ending their relationships with him. Beats by Dre also reportedly dropped him.

No criminal charges have been filed against Watson. Houston police are investigating one complaint, and the NFL is reviewing under their personal conduct policy.