They went into a vacant Houston home to smoke pot ... and found a tiger inside

Crews that rescued the tiger gave it a name -- "Tyson." It was renamed Loki at the wildlife sanctuary where it now lives. 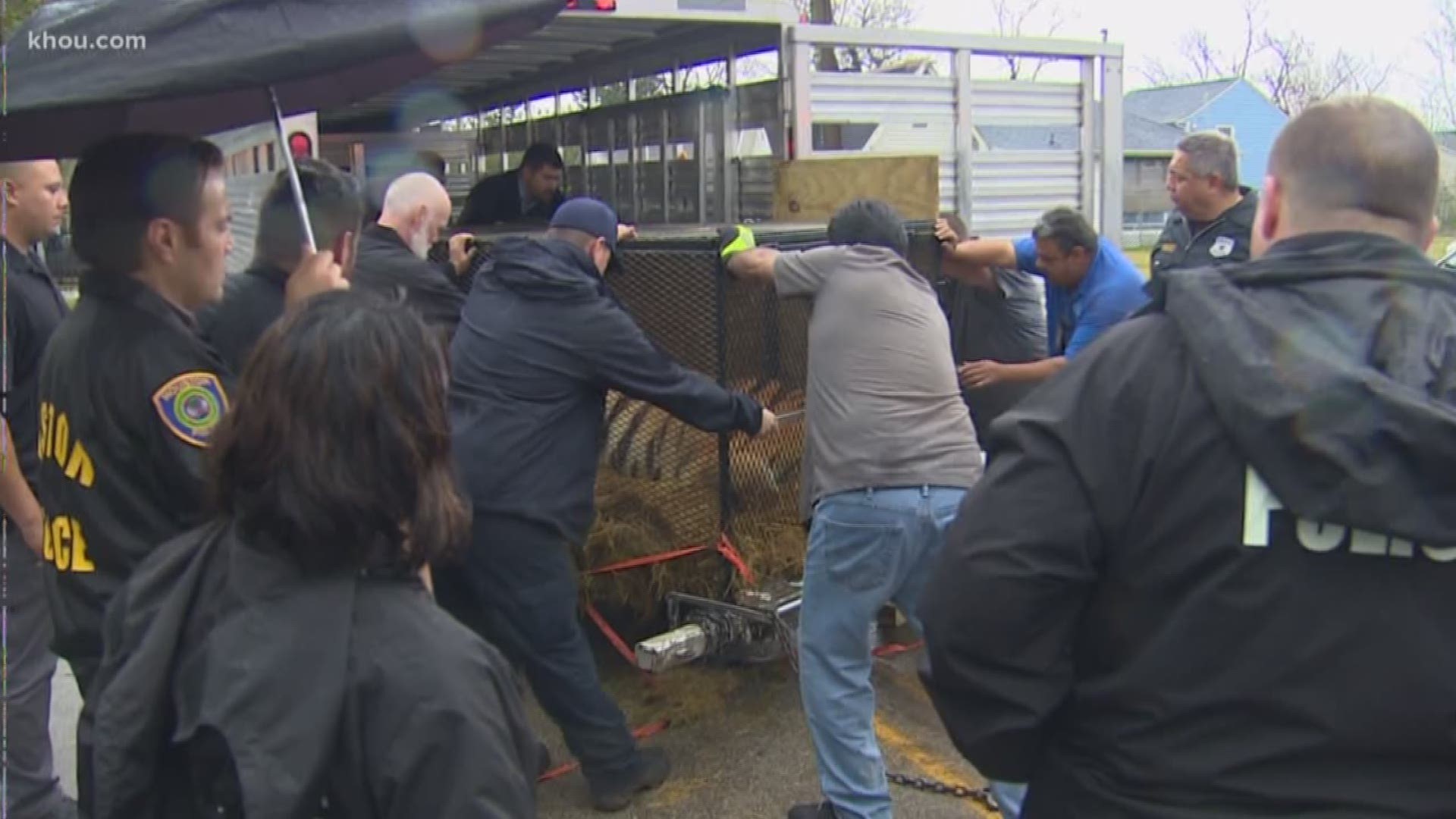 HOUSTON — Houston Police are investigating after a tiger was found Monday inside a southeast Houston home.

Officials said a couple of people who went into the abandoned home to smoke marijuana called 311 when they found the tiger. 311 officials transferred the call to BARC Animal Shelter who got a warrant from Houston police to search the home in the 9400 block of East Avenue J.

Crews nicknamed him "Tyson" after the movie "The Hangover." Officers said Tyson was well fed and in good shape but badly housed.

“He’s in a rinky-dink cage that could easily bust open. It was secured with a nylon strap and a screwdriver for the top of the cage. He could have gone on a rampage in the city… anything could have happened!”

HPD’s Major Offender Animal Cruelty Unit and BARC responded and tranquilized Tyson the tiger so they could move him to BARC for the night. On Tuesday, an undisclosed animal sanctuary in Texas will transport Tyson to his new home. The location is not being made public while an investigation into who owns the tiger continues.

In Texas it's legal to own a tiger if the owner has a wild game permit. However, it is illegal to have a tiger in Houston and the owner, if they’re ever found, could face a hefty fine.

“It’s big and it’s scary,” said neighbor Pablo Briagas. “A lot of kids around the street too. My kids...the neighbor has kids, so, it’s scary.”