'Out of control': Neighbors fed up after latest bar brawl along Washington Avenue Corridor

A fight outside Bottled Blonde on Thursday night, neighbors say, is the latest example of an uptick in violence on Washington Avenue. 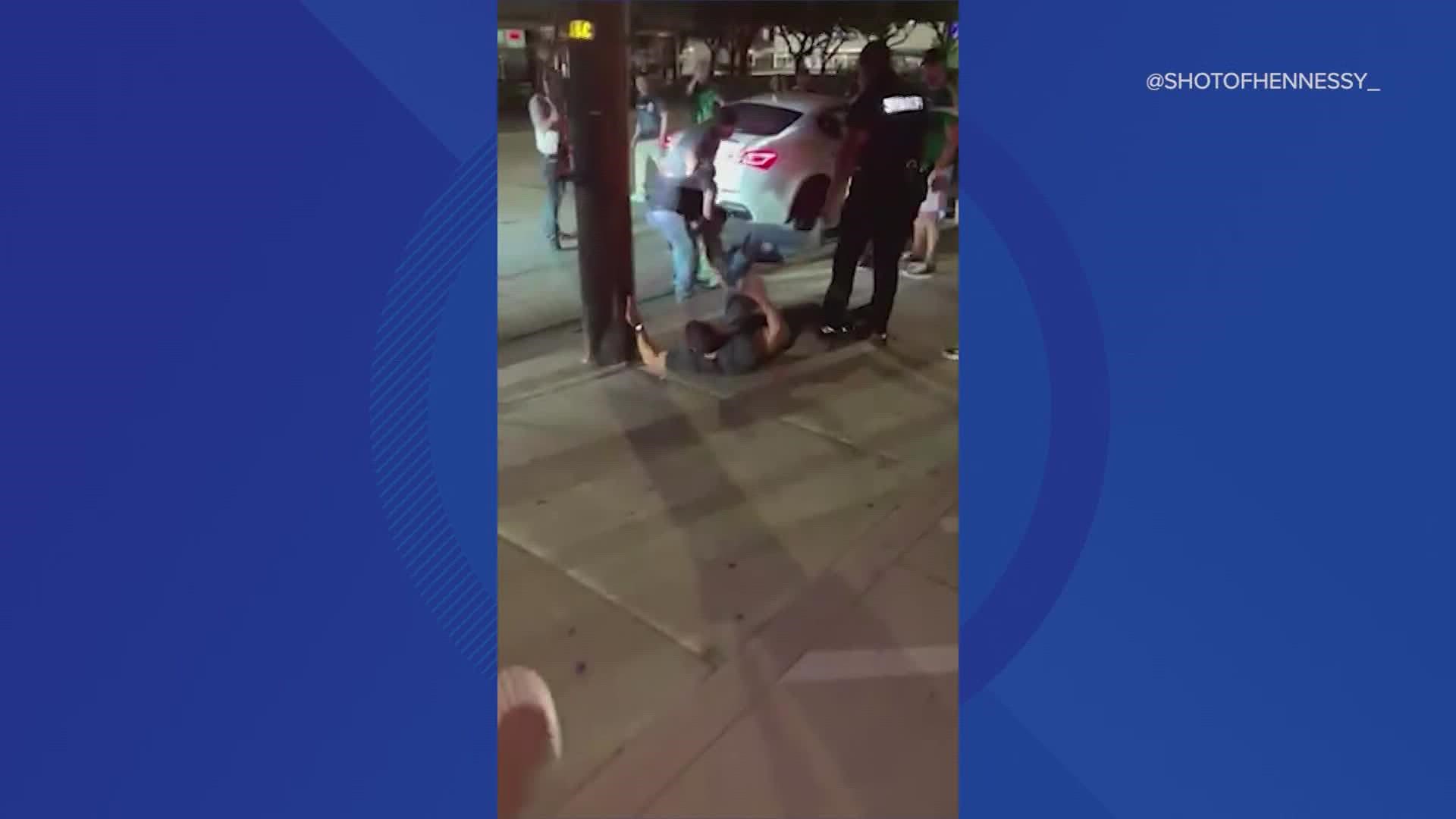 HOUSTON — A massive bar brawl captured on camera outside Bottled Blonde is the latest example of an uptick in violence along the Washington Avenue Corridor.

Neighbors are frustrated and said things are only getting worse.

The fight happened last Thursday night. Punches were thrown, faces were kicked and off-duty deputies body-slammed brawlers to try and get the melee under control.

"This is just another weekend on Washington Avenue," Mark Fairchild said.

Fairchild is President of the Rice Military Civic Club. He said brawls are becoming far too common.

"I call it putting alcohol, other substances, testosterone, and women in a pot, stirring it, and seeing what happens," Fairchild said.

What's happening is not good. Since the pandemic began, several new bars have opened up along the corridor. That means more noise and increased gun violence.

"At some point, we were having a shooting every weekend night," Jimmy Chahine said.

And it's already turned deadly earlier this summer.

"It's simply out of control," Jeff Berg said.

Neighbors said it's the city that allowed it to get out of hand.

The brawl video and recent crime trends are on Councilmember Abbie Kamin's radar.

"I am disturbed and frustrated like many of the residents about what we saw," Kamin said.

She said the Houston Police Department has increased patrols along the corridor through overtime initiatives and a new loud noise unit is working the area, too, but she admits more needs to be done.

"It's an all-hands-on-deck effort. That means businesses are absolutely responsible and should be good community partners," Kamin said. "I don't want to paint with broad strokes, but there are a few bars that are bad actor bars."

Fairchild said he knows there are no easy answers. But at a minimum, they are in desperate need of more police.

"There's more police working the doors of the clubs than patrolling the streets of Washington Avenue," Fairchild said.

Neighbors also want agencies like the Texas Alcohol and Beverage Commission to take a closer look at the bars and how they're operating.